Dina Overhears Jack & Traci Planning to Send Her to a Facility

Thursday May 23, 2019: On Young and the Restless today, Traci encourages Cane, Adam gets out of the hospital, and Abby asks Nate out. 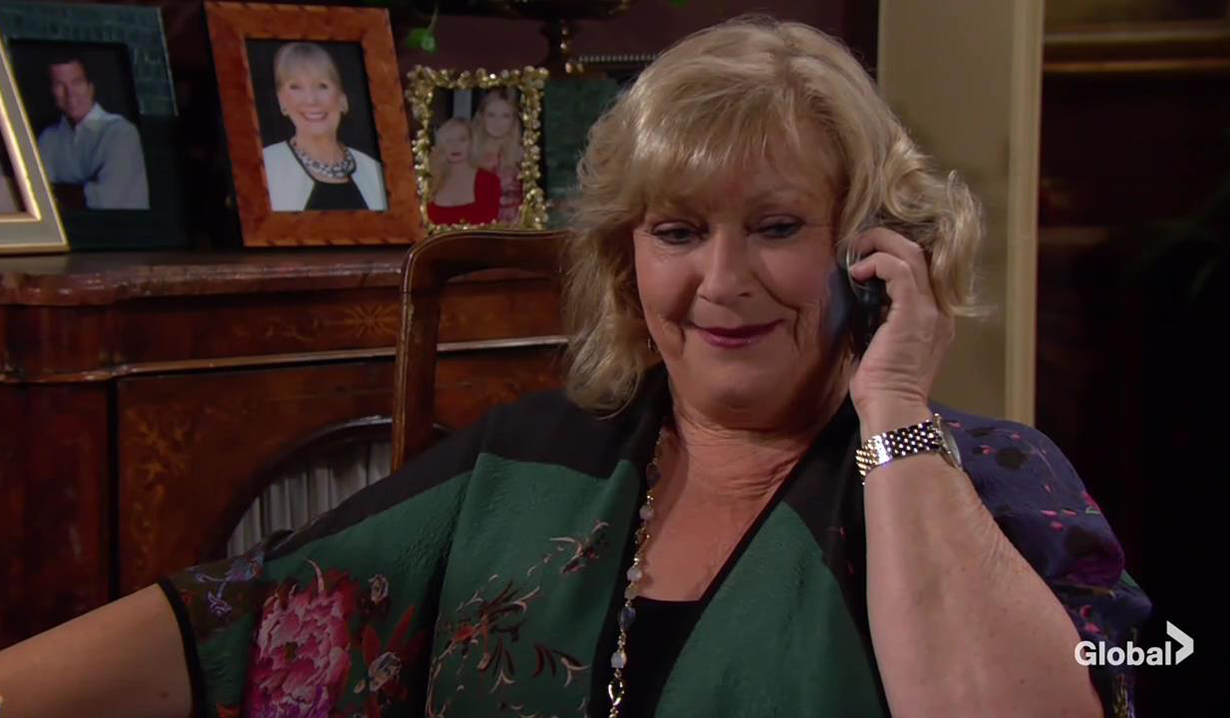 Cane is at Crimson Lights when Traci calls to wish him good luck on his new job. They discuss recidivism rates and life coaching until his first client arrives. Sitting at a table, Cane gives him advice about his job interview.

At the Abbott estate, Traci works on the next chapter in her book and imagines her character and Cane’s finding a clue. Her mom shows up looking for help. She can’t find the bathroom and refuses to admit this is her home. Dina swats Traci away when she reaches out to her. 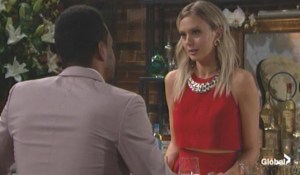 Nate strolls into Society and finds Abby slicing garnishes at the bar. She tells him about her cheating ex moving away with his pregnant lover and her brother returning from the dead only to get shot. Abby cuts vegetables aggressively until she screams. After she accidentally cuts herself, he bandages her up. They discuss her brother and all the baggage that Adam brings with him. Nate won’t pry but offers to be her friend if she needs one. He teases her and says he has to leave. Before he goes, she asks him for dinner… as friends. The doctor agrees and leaves. 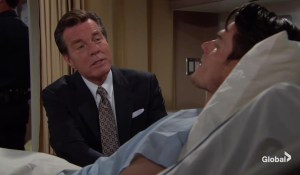 Jack stops by the hospital to visit Adam, who is happy to see him. Jack hopes that whoever shot him gets caught soon and asks him about his plans. Adam thinks that Jack may be the one person who can help him figure out what is going on. They discuss the latest business developments in the Newman family. They wonder if Adam is supposed to be the golden child or just a rival to Victoria. Jack assures him that he will always have his back. Adam swears the amnesia was real. Traci calls and begs Jack to come home and take care of their mother. He exits as Paul arrives with an update on the shooter. Someone walked into the station and confessed. Paul shows him a photo and Adam recognizes the guy as a poker player he won money from. Adam’s glad this is all over, but the cop says it’s not. Too much of this makes no sense. Adam gets defensive and insists things are as they appear. Paul warns that everyone’s winning streak comes to an end. Nate interrupts and Paul takes off. The doctor checks on the wound and tells Adam he can leave today. Newman asks if he can borrow some scrubs. He doesn’t want to have to wait for someone to deliver him fresh clothes. 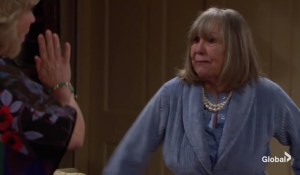 Jack arrives at the Abbott house and Traci tells him about their mom lashing out. When Jack sits down with his mom, he has to tell her who he is and assure her that things will be okay. He puts her to bed and then talks to his sister about how much worse things seem to be getting. Traci suggests they re-visit moving her. It may not be safe for her anymore. Jack can’t deny it but thought they could handle this and she could spend her last days in her home. He agrees that it’s time and hugs his sister. They rehash the research they’ve done into facilities. Cane drops in and worries he’s interrupting. Jack encourages them to take a walk. 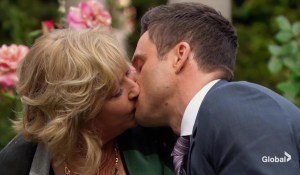 Cane and Traci walk in the garden and talk about how much her mom has deteriorated. They need to find a facility for her. The topic changes to his first day at work and she’s impressed by how well it went. He feels like he has a long way to go before he can get into her league. Cane tells her how wonderful she is and takes her hand. They kiss. She snaps out of that. It was just her imagination. Flustered, Traci runs into the house. Jack wonders why she’s running around in such a hurry. He’s called Ashley and she’ll fly home to help sort things out for Dina. As they discuss this, Dina listens from the stairs.

Adam returns to the tack house and steps over the puddle 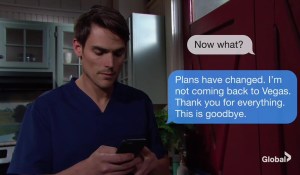 of his dried blood to check the money in his gym bag. He texts someone to say the arrest has been made and plans have changed. He’s not going back to Vegas.

Adam goes to the Newman office. He apologizes to the portrait of Victor and says he’s about to let him down. He sends a text, asking to see two people immediately.

Cane returns to Crimson Lights to meet his client, who got the job he interviewed for. Cane is happy for him. Smiles all around.

Nick works with his sister.

Sharon and Rey Talk Moving In...

Mariah's Stalker Reveals Himself and...