Sharon and Rey Talk Moving In Together

Wednesday May 22, 2019: On Young and the Restless today, Elena and Devon discuss the future, Billy and Victoria worry about Adam's plans, and Adam gets what he asked for. 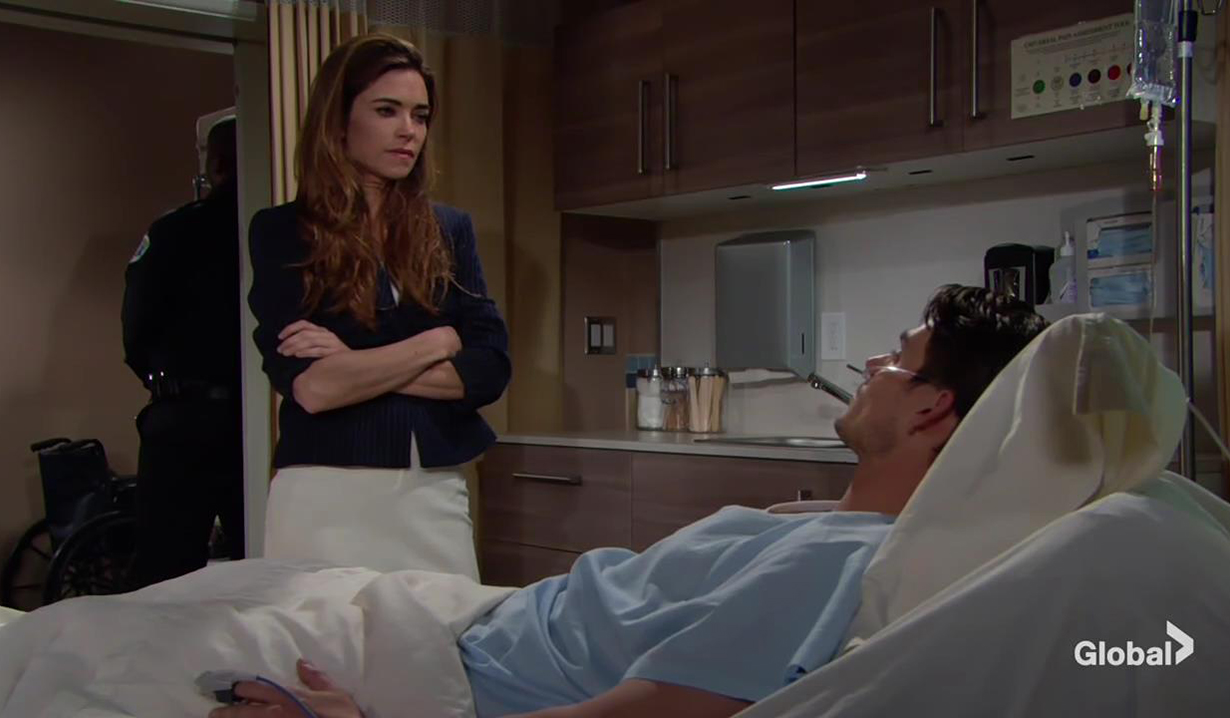 Billy visits Cordelia’s grave and tells her about going camping with Victoria. He misses her. Things were a little less painful when Adam was supposed to be dead. But he’s back and so is his rage. 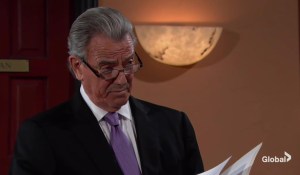 Billy drops by the Newman offices to see Victor. He wants to talk about Adam’s return. Victor isn’t interested in talking. Billy thinks Adam should be dead or suffering and assumes Victor only brought him back because he felt guilty for once. The mustache asks what he would do if he had the chance to bring Delia back. Billy doesn’t accept the comparison and points out how destructive Adam is for everyone. 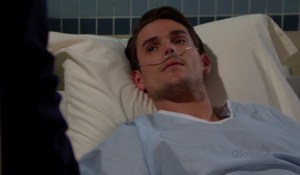 Victoria visits Adam at the hospital. He’s missed their bickering. She wants to know his agenda. He’s sarcastic and she insists he’s not threatening. Pushing, she wants to know what their father offered him. Adam wants to talk to her and Nick together. She offers to call her brother immediately, but Adam insists on waiting until he’s rested more and his killer is caught. Later, Victor drops by to discuss the future. Adam says he’s taking things slow. Victor wants to see him take his life back in his hands. He won’t explain what he means by that. the mustache goes off to talk to his doctor. He needs his son released quick. Meanwhile, Adam gets a text from someone saying they’ve found a fall guy for him.

Victoria and Billy sit in the park and discuss Adam. She doesn’t want to think the worst of her brother, but Billy says he’s earned it. 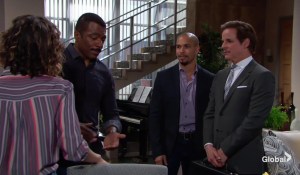 At the penthouse, Devon and Jett listen to a recording they made at Society. Jett is eager to get back on the road and see if he has a comeback in him. As they talk about that, Elena interrupts and worries about Jett losing his voice permanently. While they are debating this, Michael arrives. The lawyer tells Devon that he can’t put it off any longer and needs to deal with Neil’s will. Devon isn’t ready for more closure; he’s barely over Hilary. Michael reminds him that he’s also there as his friend as well as his lawyer and wants to see him happy again. 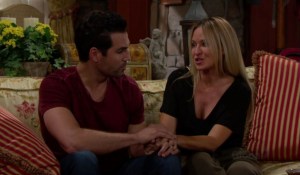 At Sharon’s, she warns Rey about how hard it is to deal with tween girls. Faith comes down and tells Rey he better impress her during their trip outside. In the yard, Rey and Faith play with his drone. He’s nervous but she’s good at it. She says her mom is too nice sometimes and she worries about the men she dates. He knows it must be hard to see her mom get hurt, but she’s strong. Sharon interrupts and her daughter says she’s fine with Rey. She might as well ask him to move in. When they go back inside, Sharon thinks Faith should apologize for being so forward. Faith insists she just wanted to be straight about things. Once the girl goes upstairs, Rey hopes he’s not causing any problems. Sharon assures him that things are fine and her daughter just needs time to get used to him. He admits that the prospect of moving in doesn’t scare him, but Faith is the one to ask. After he leaves, Faith returns and apologizes if she was harsh on Rey. They talk about how much he seems to care about Sharon. She asks her daughter to keep an open mind about him and think about if they could be happy together. Faith says it’s possible. 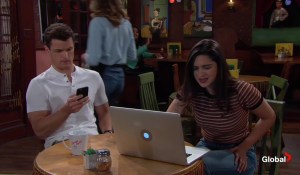 In Crimson Lights, Lola and Kyle look for apartments online. They debate their renting budget and what kind of place they want. Rey interrupts and is surprised to see them planning to move in together. He asks Kyle if he’s even divorced yet. Kyle insists Summer won’t be an issue. Lola tells her brother not to be so protective; this is what she wants. They get a call about a rental and rush off. Rey calls Sharon and tells her he’s determined to win her daughter over. He asks if he can move in. She wants that. The cop promises to be the guy she and her daughter deserve. Meanwhile, Elena, Jett and Ana sit at a table and argue about his tour plans. He’s eager to spend whatever time he has left doing what he wants. Elena finally backs down and admits she wants to keep an eye on him, even if that means leaving town. Jett tells her he can look after his health and she doesn’t need to give up her home to watch him. He’d like to see what she can do on her own.

Elena returns to the penthouse and talks to Devon about his meeting. They discuss Jett’s plans and she asks if it would be better if she stays in Genoa City. Devon certainly thinks so. She’s ready to start thinking about the future and so is he. They are interrupted by a call from Michael and Devon agrees to schedule the will reading.

Abby is distracted by Nate. 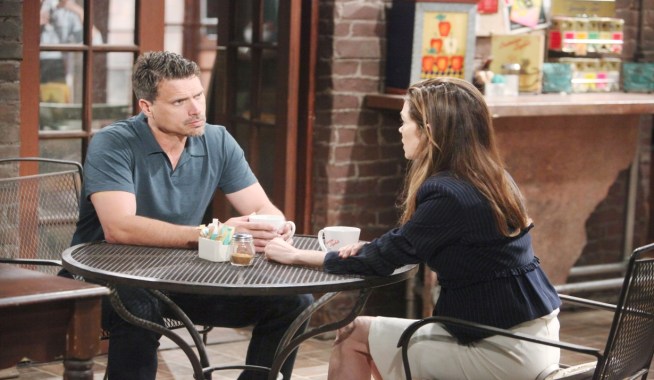 Dina Overhears Jack & Traci Planning to Send Her to a Facility 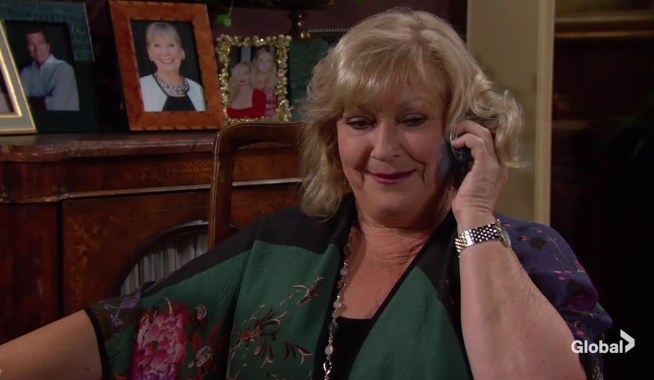