Tuesday May 21, 2019: On Young and the Restless today, Adam faces questions from Paul while his family worries about his memory returning, and Lauren sets Jack up with a woman. 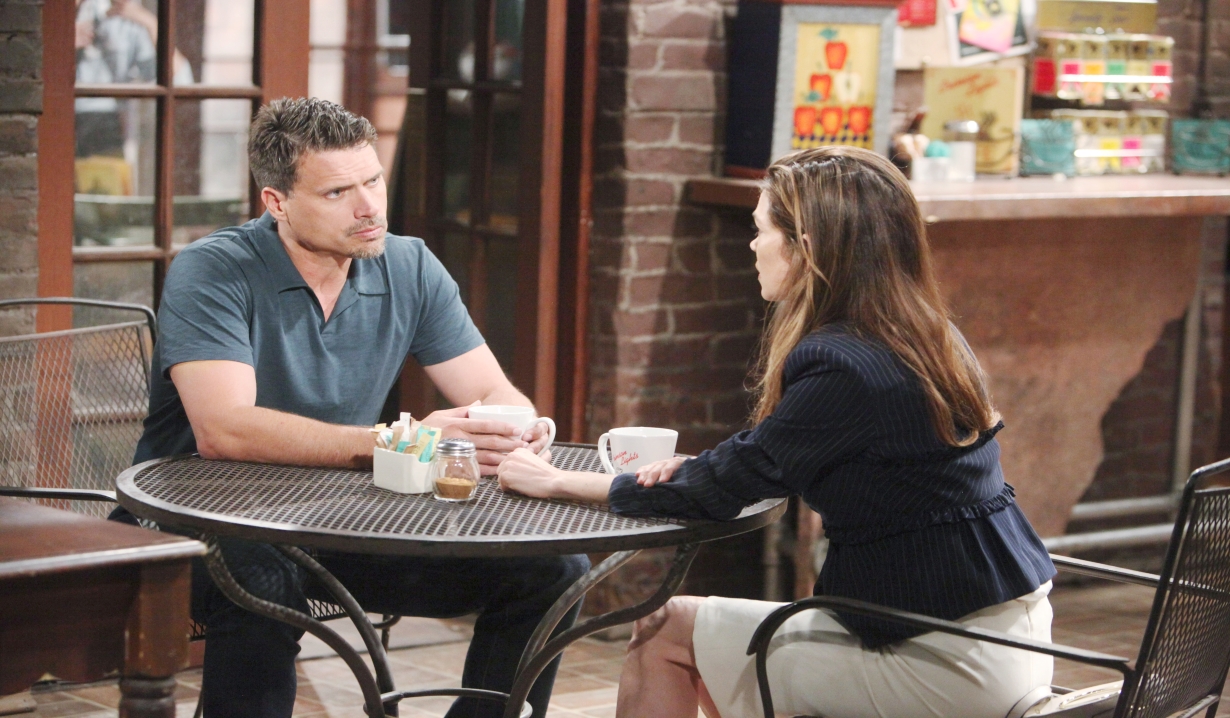 Nick joins Victoria at Crimson Lights and they share their complaints about Adam. Victoria doubts that Victor got what he wanted by introducing Christian to Adam. She assures Nick that the kid thinks of him as his father. They guess that their father is desperate to make things up with Adam and it will only get worse. She tells her brother that Victor is trying to get Adam back into the company in a hurry. 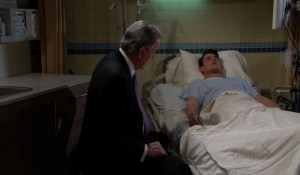 Adam wakes up in the hospital after surgery with Victor by his side. Groggy, Adam can’t remember who attacked him. Victor assures him it couldn’t have been anyone in the family. Adam tells him that he remembers everything now, even his childhood. He misses his mom. Victor admits he has a lot of regrets about their past and wants to start again. Later, Sharon drops in. She didn’t know he’d be in physical danger by coming back to Genoa City. He assures her it’s not her fault and explains that he remembers everything. Sharon says the worst was a long time ago. Adam doesn’t think she should have forgiven him, but she thinks they can work through it all. He wonders if he should just disappear. Paul strolls in and wants to ask some questions. Adam asks Sharon to get his phone from the ranch. When they are alone, Adam tells Paul he has a pretty good idea of who shot him. It was someone from Nevada. Paul has requested the surveillance footage but asks Adam who he has interacted with since he got to town. Later, Sharon returns and wonders what his plans are. Adam is not planning to leave immediately. She leaves him his phone. Alone, he calls someone and tells them he’s been shot and knows who did it. He wants an investigation shut down so he can handle it. “Find me a fall guy,” he orders.

At Jabot, Lauren introduces Claire (played by Kristin Carey) to Jack and sings her praises. They start chatting about family and head off to lunch. Lauren sends Michael a text to say they are on the way. 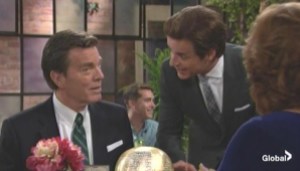 At Society, Jack and Claire talk about their ideas until Michael jogs in to ask Lauren for help, claiming there’s a leak at the apartment. Jack says it’s okay if she goes. She and Michael rush out and peek back in, congratulating themselves on setting Jack up. Back at the table, Claire tells Jack how great the mentorship program is and she suggests they have a special promotional event. She asks him to come to Chicago and meet her team. When she mentions Lauren says he liked Thai food, he guesses this a set-up. She admits it. He appreciates the offers but is tied to his desk right now. Claire gives him her card and he promises to hold onto it. 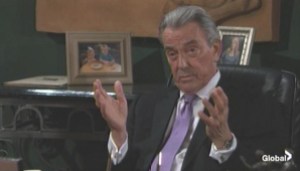 Nick and Victoria arrive at the Newman ranch. Their father tells them about the shooting and assures them that everything is fine. Abby joins them and says this is all crazy. Victor announces his son has recovered his memory and he wants them all to make him feel welcome. Nick is snarky about the amnesia curing bullet and Nikki admits it all seems very convenient. They argue about all the pain that Adam has caused. Abby points out that even without his memory, Adam was still on the wrong side of the law. Victor is disappointed by their attitude. Nick says he can give his brother an office, but he can’t fix the family. Nikki tells Victor they need to take it easy, but they all have concerns about Adam. Victor insists they need to stick together as a family and he has nothing to fear from his son. He ends the conversation and sends the children out. Crossing his arms, Victor complains that the children are jealous. Nikki thinks he could be more reassuring to them.

Nick goes home and hangs out with Christian.

At the Jabot office, Lauren apologizes to Jack for trying to set him up. He’s not upset but focused on business. She thinks there are all sorts of fabulous women out there who need him on the market. He repeats himself and she kisses his cheek, leaving him smiling. Michael meets his wife by the elevator and promises to take her dancing tonight to keep the romance alive. They go off kissing. Back in his office, Jack pensively looks at the business card and a note from Ashley.

Victoria goes to the hospital to see Adam. He says he wishes he didn’t remember the past. She wishes she couldn’t remember it either, but she’ll never forget what he’s done.

Devon and Elena get more intimate.

Sharon and Rey Talk Moving In...