Adam Gets Shot at Point Blank Range After Arguing With Victor

Friday May 17, 2019: On Young and the Restless today, Mia's baby's paternity is revealed, Victoria reaches a decision about Billy, and Adam and Nick are furious with Victor. 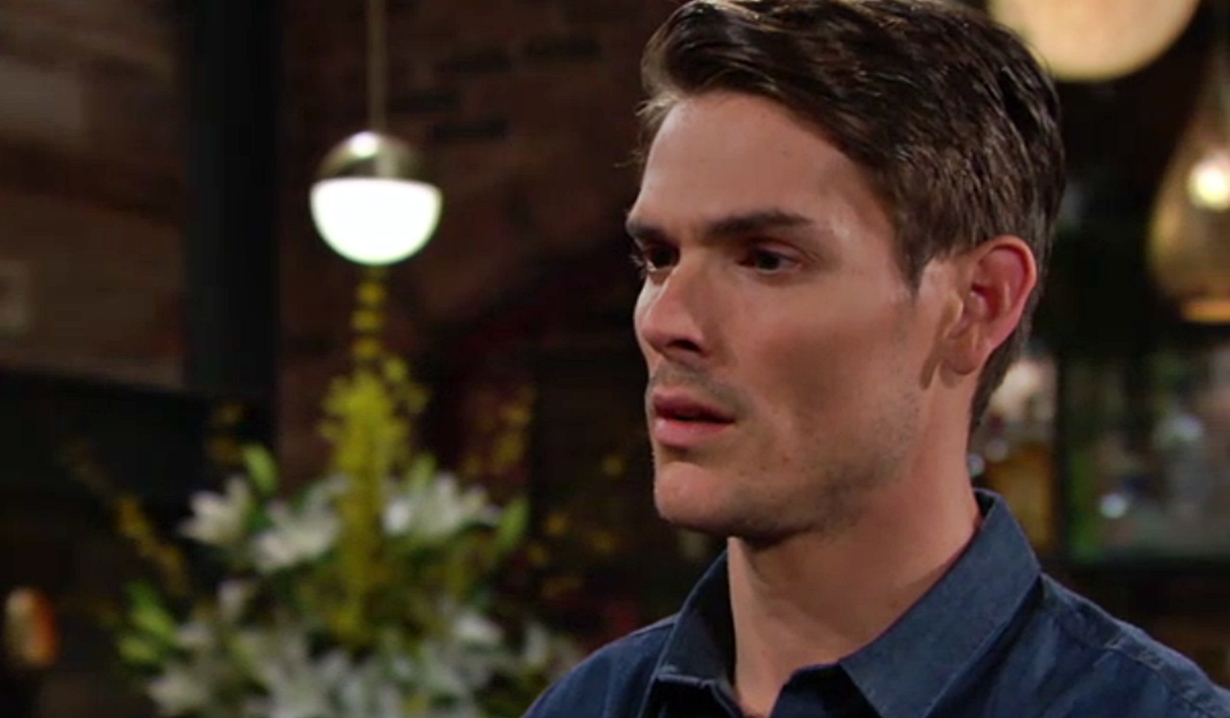 In the park, Arturo approaches Mia with an envelope. They open it and read. Mia says, “It’s all I wanted.” She feels they came together twice because things between them weren’t finished – she believes this is how it was meant to be. Arturo embraces her.

At Sharon’s door, Rey holds the DNA test results in his hand – he wants to open it together. Sharon reassures him as he reads it and says, “It’s Arturo.” He thinks it was the best outcome, but Sharon senses a part of him hoped to become a father. Rey dismisses that; it’s for the best all around. 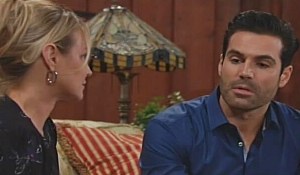 Sharon tells him it’s okay to admit he’s disappointed. They embrace. Rey concedes a part of him hurts, and wonders how Mia and Arturo will handle it. Sharon learns they are going back to Miami. Rey takes some blame for the way things went down – he could have been a better husband to Mia and didn’t admit it when he wanted to be separated. Sharon feels lucky things didn’t work out. They go upstairs and make love. After, Rey thanks her for getting him to open up. She thinks he’ll be a terrific uncle and one day, an amazing father. She invites him to spend time with Faith. He kisses her in response.

At the ranch, Adam wonders why Victor summoned him there, and is still upset about yesterday’s revelation about Delia. Victor thinks things will improve once his memory returns. He has an idea that might help.

In Crimson Lights, Billy and Victoria revisit his proposal. Victoria says her answer is complicated – she loves him with all her heart, which is why she thinks they shouldn’t get married. 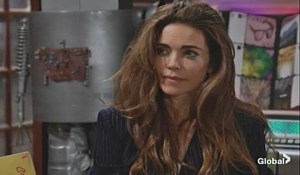 Billy learns she wants to be together, but doesn’t want a label on it. Billy can’t understand why she won’t make it official. Victoria shrugs that marriage is no guarantee and the kids will be happy with them under one roof. Billy hopes she’ll want a wedding someday. Victoria won’t entirely discount it and is fine with an event to announce they’re back together. On the patio, 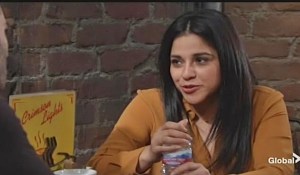 Arturo admits to Mia that a part of him hoped Rey would be the father because he’s better at having responsibilities, but it’s time for him to stand up and be a man. He wants to take care of her and the baby in Miami where they both have family and do this right. Mia grins as he says it’s time to start thinking about names.

More: Wilson Bethel in All Rise

At Nick’s place, Victor tells him that Adam’s in the car and warns he can’t keep avoiding the issue. Nick says he has no right to force things. Adam appears and asks, “What issue?” Victor informs him he’s going to meet his son. Adam’s stunned to learn Nick’s been raising Christian. Nick’s angry about Victor asserting his will on all of them. Adam agrees – he wants no part of this; it’s not right to ambush Nick in his own home. Victor presses – he thinks Christian may be the key to unlocking his memory. Adam says Nick gets to decide if they’ll do it today. 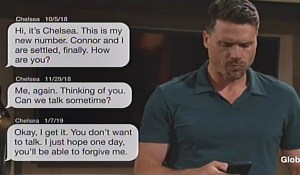 Nick brings Christian to meet his ‘Uncle Adam’ briefly. Adam speaks sweetly to the boy but afterward, he tells Victor he felt nothing. Later, Nick learns Uncle Adam made Christian nervous. Nick looks at his phone – Chelsea has tried to contact him repeatedly – and looks thoughtful.

At the park, Billy’s party planning when Victoria stops him to ensure he’s okay with not getting married. He just wants Victoria – he’ll take her anyway he can get her. They toss around party ideas and even consider going to Jamaica. Vikki decides they should reach out to Devon and Ana for music. Billy notes they stopped talking about Adam and wants to celebrate. Victoria suggests something intimate – like a hotel suite. They kiss. 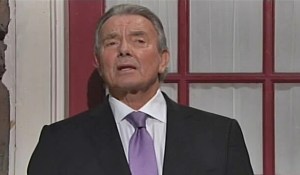 Victor urges him not to give up, but Adam wishes he’d never let Sharon talk him into coming. Victor reveals he’s trying to find Chelsea. Adam’s tired and is going back to Vegas. He shows Victor out. Victor says, “You’re going to regret this.” Adam counters he’ll only regret missing the next plane out west. Outside the door, Victor looks contemplative. Later, Adam is packed when a knock comes on the door. He opens it and is shot in the stomach.

In a Club suite, Billy and Victoria toast and express their love. They start undressing and fall onto the bed.

Remember when? On this day, May 17, 2012, on The Young and the Restless, Katherine encouraged Victor to profess his love to Nikki, who was involved with Jack, while Paul worried how much of his son Ricky was like Isabella.