Adam Learns He Killed Delia Causing Him Shock and Torment

Thursday May 16, 2019: On Young and the Restless today, Rey comes clean with Paul, Abby learns she was left out of the loop, and Adam interrupts Sharon and Rey's reunion. 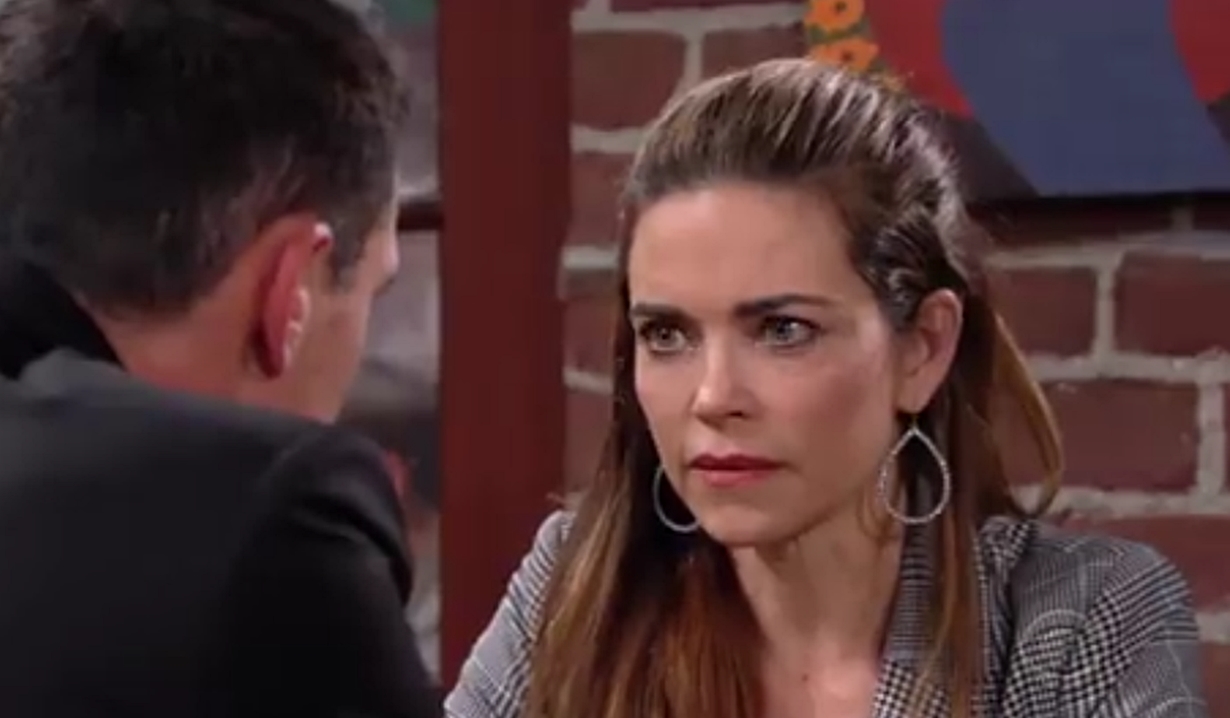 Sharon enters the tackhouse looking for Adam. He appears, puzzled; he had locked the door. He checks his cash and explains it’s his safety net. Adam checks the door again, then realizes someone was inside as he spots a photo on the floor. Sharon says it’s Delia. Adam asks, “Do I know her?” Sharon hesitates – he knows her through his sister. Adam wants to talk to Victoria. Sharon will call her first.

In his office, Victor advises someone on the phone to keep an eye on Adam – he wants to know where he goes and who he sees.

More: Kelly Kruger in From Friend to Fiance

In Mia’s suite, Rey crabs at Mia and Arturo tells him to back off. Mia snaps at Rey to go back to Sharon. She reminds the brothers there’s another life to consider now – they need to start getting real. Rey sneers, “Now you want to be honest.” Arturo chastises him. Rey says if the baby’s his, he’ll step up. Mia’s unimpressed. Arturo and Rey argue about what made Mia cheat. Mia and Arturo both love Rey, who owns up to being unable to admit his feelings for Mia had changed. Mia’s glad he’s happy. Rey asks, “What about you?” Arturo reveals they’ll move back to Miami. Mia worries about jail – she confessed, there’s no stopping it. Rey thinks maybe there is.

In Crimson Lights, Victoria and Billy discuss Adam and why he came back now. Victoria takes a call from Sharon, who explains Adam wants to know things it’s not her place to tell. Victoria will meet him at Society. Later, Rey joins Paul to discuss Mia. 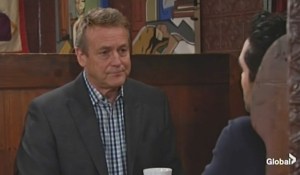 Rey says she never meant to hurt Lola and may even have saved her life because the liver issue was found. Also, Lola and Abby won’t press charges. Paul asks about Rey covering this up. Rey understands he feels betrayed. Paul notes he risked everything for his family and Sharon before that. He won’t pursue charges against him. Rey phones to let Mia know they’re both in the clear.

More: Find out if Y&R is pre-empted on Memorial Day

Abby greets Nate at Society and he asks her for drinks later. She’s sworn off men. Nate persists by challenging Abby with a riddle. She plays along, then turns and is shocked to see Adam. 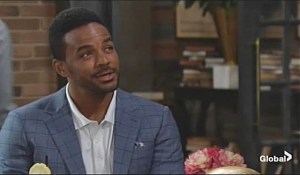 Victoria and Billy arrive and confirm the family all knows. Adam tells Victoria he wanted to talk. Billy intervenes. “That’s close enough.” Abby’s upset she’s the last to know, so Adam apologizes. She phones her father as Adam sits with Billy and Victoria. Adam produces Delia’s photo and asks who she is. Billy reveals she’s his daughter. 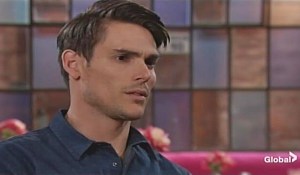 “You killed her.” Victoria interjects, “It was an accident.” Billy describes the hit-and-run and adds Adam hid the evidence. Adam says, “You must have wanted to kill me.” He’s sorry. Billy feels he can’t be sorry for something he didn’t remember. Adam thinks Victor left the photo to jumpstart his memory. They warn him about Victor’s manipulations. Adam already senses he has plans for him. He apologizes for bringing up Delia and vows Victor won’t use him again. Elsewhere, Nate lets Abby know he won’t give up. After Adam goes, Victoria tells Abby she’s sorry nobody told her about Adam. Abby doesn’t believe their father loves his children equally. Billy feels everything’s a mess because Adam’s back, and blames Victor for how he’s handled the situation. He reflects that Delia’s death came flooding back when he looked at Adam. Outside, Billy thinks Victor overplayed his hand, which should send Adam back to Las Vegas.

Adam confronts Victor in his office for not telling him about Delia. What else hasn’t he told him? Victor explains he didn’t want to overwhelm him and assures him he was wrecked over what happened to Delia. He urges him to push forward to discover everything about himself. Adam’s not sure he wants to. Later, alone, Victor angrily leaves Nicholas another voicemail – he’s left several messages and expects him to call back.

Sharon and Rey make out in her living room. He updates her on his crazy past 24 hours and explains they’ve run a paternity test. Rey asks about Adam. 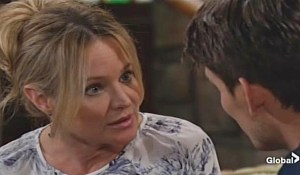 Sharon says it can wait, but Adam’s knocking interrupts their kissing. He needs to come in. Rey decides to let them talk. Adam is distraught over seeing Billy and finding out he hit a little girl and left her to die. Sharon insists there’s more to it than that and the Adam she knew wanted to learn from his mistakes and be a better person. She believes that’s who he can be.

Victoria makes a decision about Billy.