Nick Puts Adam on Notice When They Come Face-to-Face

Tuesday May 14, 2019: On Young and the Restless today, Lauren gives Phyllis advice, Kyle warns Summer about boundaries, and Victoria and Nikki worry as Adam settles in. 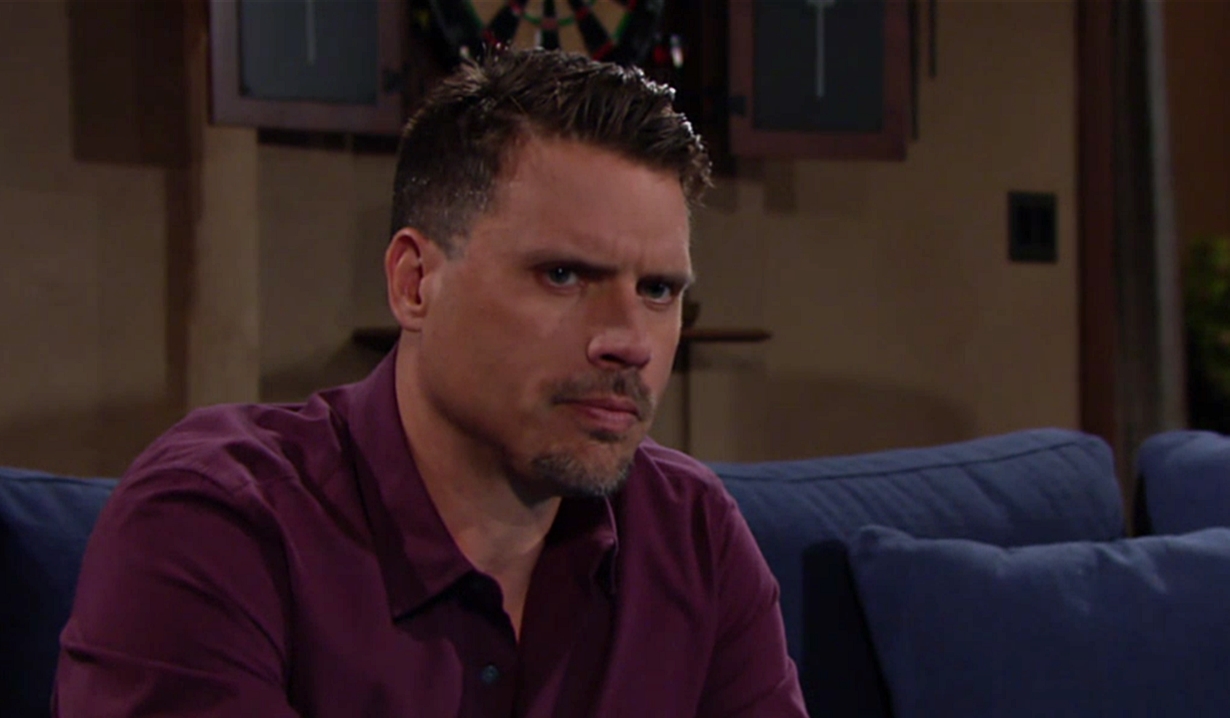 Sharon arrives at Nick’s house and tells him it was surreal to meet with Adam. She reveals he joined them on the jet this morning and came back to Genoa City. Sharon explains Adam only knows his past from having read about it, and knows Christian’s his son. She believes his amnesia’s real. Nick warns if he wants Christian, he’ll have to go through him first. Sharon predicts he’ll only be there a week and asks Nick to keep an open mind.

At Newman Enterprises, Adam looks around Victor’s office. The Mustache apologizes for the pressure he put on him in Vegas. Adam’s impressed by the company but doesn’t ever remember being there. Victor agrees they should take it slow and asks who he’d like to meet first. Later, Victoria joins Nikki in Victor’s office and they wonder what’s going on as Victor and Adam aren’t there.

A hungover Summer arrives at Jabot and Kyle comes up and hollers, “Did you have a late evening?” She had a nightcap with Theo. They bicker about scheduling. Kyle warns he knows what she’s up to and it’s not going to work. He accuses her of creating reasons to spend time with him and come between him and Lola. Jack enters as they argue. Summer goes for water and Kyle complains about her manipulating to his father. Jack worries about them co-existing. Summer returns and they update Jack, who shares their first set of designs. Kyle likes them, but Summer wants changes. Jack orders the changes. Summer asks to speak to Jack about Phyllis and reveals she tried to access her files. Jack will take it from there – Summer has proven herself.

At Crimson Lights, Lauren comforts Phyllis, who is having a difficult time launching her business. 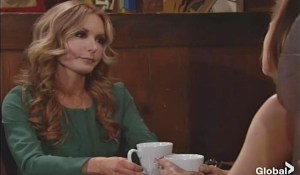 Phyllis reveals she pitched to Ashley. Lauren’s taken aback and advises she get out of the revenge game and do something where the name Abbott’s not involved. Phyllis feels she got screwed over at Jabot. Lauren knows. She urges Phyllis to build something to be proud of…on her own. Later, Phyllis gets a text from Jack saying, ‘Nice try, Phyllis’. 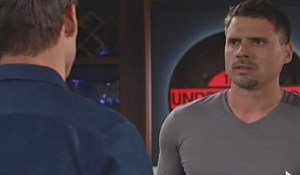 They agree this is weird, then discuss the night of the explosion. Nick would have gone in after him if he thought he could have survived. He tells Adam that Sharon and his dad seem to have bought his story, but he can’t. Adam doesn’t know why he’s putting himself through this, and insists he remembers nothing. He doesn’t want to cause trouble. Nick has conflicted feelings but will give him the benefit of the doubt…for now, but he’ll never let him hurt the family again. “Welcome home.” 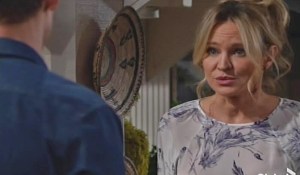 Victor drops Adam at the tackhouse and explains Sharon lives close by. Adam wonders if he gets his memory back, what exactly Victor’s expecting from him. Victor lets Adam know he’s missed him and talks about working together before leaving him to settle in. Soon, Sharon arrives to check in. Adam’s overwhelmed and relays he saw Nick – he feels Sharon is the only friend he has right now.

Adam and Sharon arrive at her house. Inside, Adam suddenly looks shocked. Sharon asks if he remembered something. It wasn’t a breakthrough and Adam decides to get fresh air. He thanks her. Sharon urges him to reach out again.

Kyle meets Lola at the park to picnic. She says Mia and the baby should be okay. Kyle relays he spoke to Summer about boundaries. They agree they want to spend every minute together. Lola talks about being exhausted – she should probably sleep at her place tonight. Kyle broaches the topic of having a place of their own.

Back at Newman, Victor levels with Victoria and Nikki about his secrecy surrounding Adam and asks them to give him a chance. After Victoria’s gone, Nikki worries to Victor that he’s not thinking clearly. Victor promises he is, but Nikki’s still concerned he may have thrown a grenade into the family.

Lauren runs into Jack at Jabot and worries about him eating alone – she suggests he get back out there; he’s better in a relationship. After, Jack’s eating when Phyllis storms in. He tells her the text was a warning.

At Nick’s place, he tells Victoria that Adam seemed sincere. She recalls he’s a master manipulator – they can’t afford to let their guards down. Victoria feels Victor has a reason for bringing Adam back that he doesn’t want them to know.

Back at the tackhouse, Adam opens a duffle bag of cash and then stows it in the bar. He texts someone that he’s in Genoa City and everything’s going smoothly.

Sharon Encourages Adam to Return to...