Monday May 13, 2019: On Young and the Restless today, Nick and Nikki share news about Adam, Kyle and Lola spend some time together, and Billy is determined to protect his family. 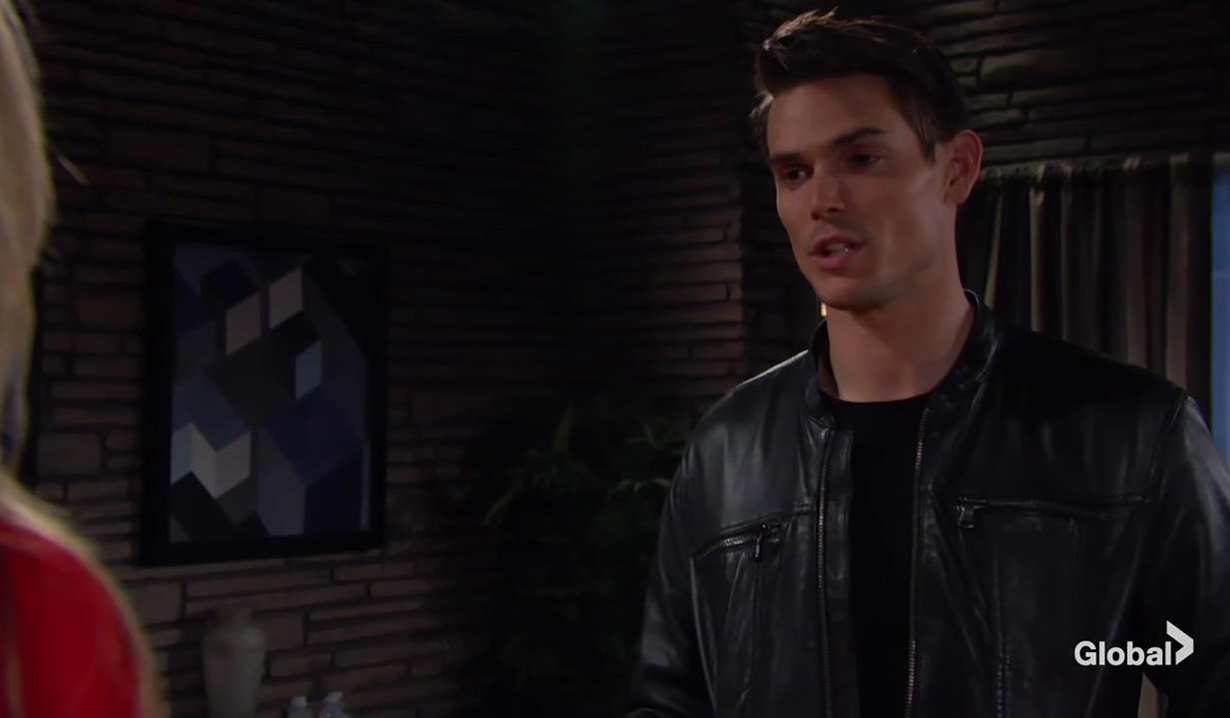 Sharon gasps when Adam appears at his place in Vegas. He apologizes for startling her and admits he can’t recall anything from before the explosion. She wonders if seeing and hearing her might kindle a memory. It doesn’t. Adam admits that spending time with Victor hasn’t helped either; it might be best not to remember. Sharon points out that he kept a photo of Christian and asks why. 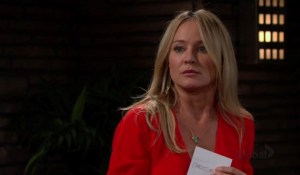 Victor told him about Christian, and Adam felt a connection when he saw his photo but nothing else. None of this pushing and probing is making him feel better. Sharon warns that he had a complex relationship with his father and sometimes they brought out the worst in each other. That’s not surprising to him. Adam would rather leave the past in the past and asks her to get Victor to back off. He thinks this was all a waste of time. Taking him by the hand, she says he’s not a waste of anyone’s time. He admits that he did a search on his name when people told him he looked like Adam. He doesn’t want to be the guy he read about. The only thing he can remember is being homeless and playing poker. When he asks Sharon why she wants to help, she tells him about their complicated past and how he saved her from a dark place and time. She’s sure that everyone wants to heal and she thinks he needs a human connection. He’s determined to leave who he used to be behind him. Sharon asks him to come to Genoa City for a week and try it out. Adam agrees to think about it. After she leaves, he looks at the picture of Christian and then packs a bag.

Sharon goes to a bar. She calls Victor and tells him that there was no flash of memory. But she has asked Adam to try coming home. They need to wait to see if he’ll take the leap.

At Nick’s, Billy and Victoria tell him and Nikki about their dirty camping trip. Nikki explains that ‘the spider guy’ is actually Adam. They sit down and swallow this. Billy is reluctant to believe anything Adam has to say. Nick says that Victor has felt guilty about what happened to Adam and has made sure he’s a free man. Nick explains that Victor is using Sharon to try and get through to Adam. They aren’t sure whether Adam is being sincere or playing a game. Nick worries what his father will offer Adam next. They debate this and Nikki doesn’t think they should get worked up about something that might not happen. When left alone, Nick gets on his computer and remembers fighting with Sharon about her hooking up with Adam repeatedly. 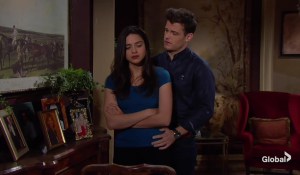 At the Abbott house, Lola tells Kyle that Mia is getting an ultrasound. She doesn’t know how Kyle can be with her when her family is so dramatic. They drink tea and she’s impressed that he’s wearing the watch he gave her. She’d like to go swimming and promises she looks cute in her new suit. After they swim, they make out until Summer interrupts. She lectures him for swimming while she was working. Summer says that the clients didn’t appreciate him blowing them off. He needs to get dressed and fix it now or the deal is dead. He places a call to Theo and gets confirmation that things are fine and the deal is in place. Kyle tells Summer to go home. After she stomps off, Kyle tells Lola how happy he is to have her around. She actually has his best interests at heart. They start making out and he carries her up the stairs.

Billy and Victoria go to Society and worry about Adam. He apologizes for telling her to stop digging. He’s sure that Adam will be back. She assures him he doesn’t have to be part of his life. Billy wants to make sure Adam knows he has his eye on him and will protect his family. Victoria is relieved he’s not dead and is sure they can handle this. She tells Billy they make each other stronger. He’s impressed to hear that and says he wants more time with her. They make out. Summer sits at the bar across the room. She gets a call from Theo and asks him over for a nightcap.

Victor tries to rekindle Adam’s memories as he returns to Genoa City.

Mia Suffers a Medical Crisis After...

Nick Puts Adam on Notice When They...