Kyle and Lola Make Love for the First Time

Thursday May 2, 2019: On Young and the Restless today, Lauren helps Jack during a crisis with Dina, Nick comforts Summer, and Sharon and Rey head to Las Vegas. 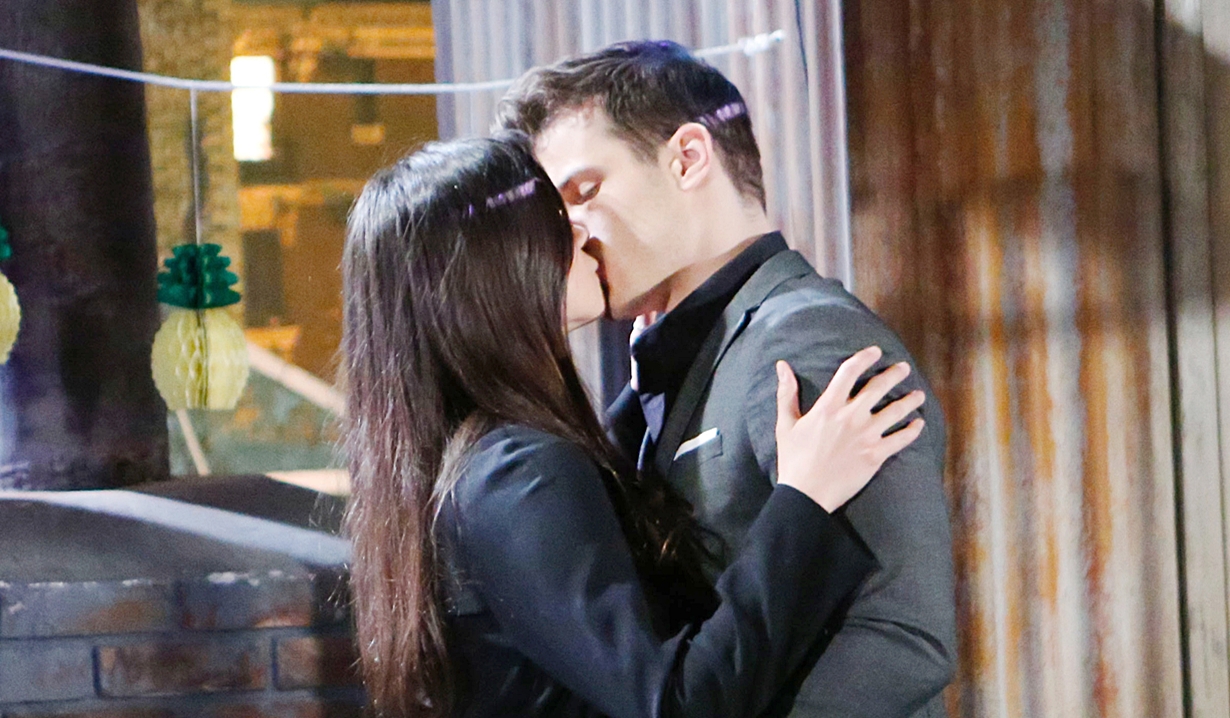 On Society’s rooftop, Lola’s impressed as Kyle mixes mojitos. She teases the drink needs more rum, and Kyle unpacks food. As they lay under the stars, Kyle promises, “I’ll always be here for you.” They talk about going to New York and Miami, marvel at the success of Society and the new things happening at Jabot. Kyle finally has her, and everything is coming together. They slow dance and Lola says, “I want to make love with you.” Kyle kisses her.

Summer arrives at Nick’s house and says, “It’s over.” He hugs her. Summer complains that she’s just a chore that Kyle doesn’t want to do anymore. Nick wants to kill him, but Summer won’t let her dad confront Kyle; she just has to let him go so it hurts less. Nick reserves judgement on her staying at Jabot and wonders if she’s holding out hope about Kyle. Summer admits it would be nice for him to come running and beg. Nick feels she deserves better than Kyle. Summer just wants this day to end. Nick gets ice cream and they watch TV.

At the Abbott house, Jack watches Dina fiddle with her bracelet and asks if everything is okay. Jack calls Lauren – he can’t make their meeting; his mother is out of it. Dina’s doctor, Dr. Blanchard, (played by Jason Martinez), arrives and later warns there will be more of these episodes. He suggests Jack consider a facility. Lauren arrives with food as the doctor goes. 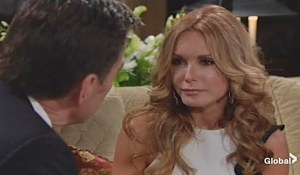 Jack admits he could use a friend and opens up about the unpredictable life with his mother. Lauren grasps his hand and assures him he’s entitled to his complicated feelings. Dina appears and giggles that Lauren must be Jackie’s girlfriend and tells them to behave themselves. Lauren says, “Yes Mrs. Abbott. Always.” Jack returns and thanks Lauren as they share a laugh. They hug.

At Sharon’s place, she tells Rey about her run-in with Mia, and that she knows what she did to Lola. Rey’s concerned for Sharon if Mia feels cornered, but Sharon’s tougher than she looks. Talk turns to Vegas. Rey can’t shake the feeling it’s dangerous, but Sharon’s determined to go. Rey pulls out the psychiatrist’s bill Nikki gave him. Sharon muses that she can speak his language. Rey leaves the doctor a voicemail while Sharon looks him up on the laptop – he specializes in memory retrieval. 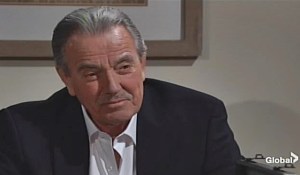 In Nevada, Victor talks to the psychiatrist, Dr. Calhoun, and learns ‘he’ bolted from their session – Victor wanted too much too soon, it was overload. Victor wants the doctor to tell him everything that was said, then he’ll find ‘him’ and fix this. He pays the psychiatrist and warns him to keep his mouth shut. “You don’t want to disappoint me twice.”

At Crimson Lights, Nikki hugs Paul and they discuss how sad it is that Neil’s no longer with them. Paul’s interested to hear Victor’s on another trip and Nikki hired Rey Rosales to investigate. He reveals he tasked Rey with finding Lola’s attacker, but his priorities are obviously in Nevada. 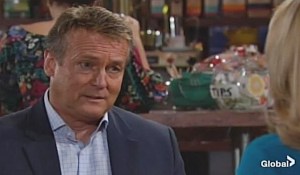 Paul reiterates he can’t help unless there’s a crime. Nikki muses that Victor must have a good reason to be away from her – if he’s in danger, she needs to know. She shows him the ‘Queen of Las Vegas’ article about the underground poker scene from her husband’s computer. Nikki feels he’s at risk, so Paul will see what he can do.

More: How to watch the 2019 Daytime Emmys

In Vegas, Rey and Sharon settle in. He suggests room service and they kiss. Paul phones Rey and questions him shooting craps on Nikki’s dime when he asked him to find out who nearly killed his sister. Rey tells him to keep the job – he’s not jumping through hoops. After, Rey and Sharon toast. She’s curious what Victor’s up to.

In a GCAC suite, Kyle tells Lola, “I love you so much.” She replies, “I love you too.” They slowly undress and Kyle kisses her neck as they lower to the bed. There’s more passionate kissing as they make love. After, Lola tells Kyle it was worth the wait, though part of her wishes she hadn’t waited. She snuggles up to his chest – this is where she fits, she just didn’t know it before. Kyle says, “So don’t ever leave.”

Victor knocks on the door of a hotel room and asks whoever’s inside to open the door – he’s not his enemy, he wants to help.

Rey and Sharon make a shocking discovery in Nevada. 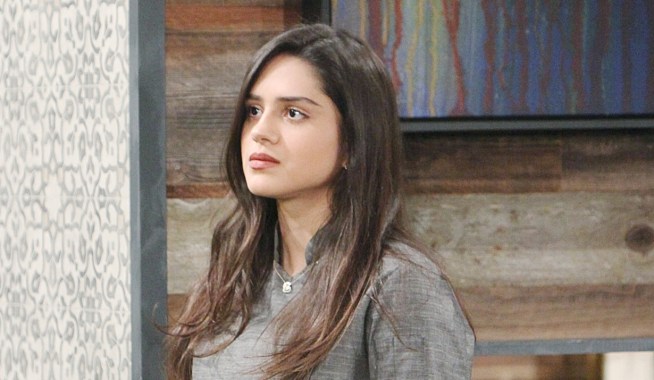 Sharon and Rey Are Closer To Learning Victor's Secret 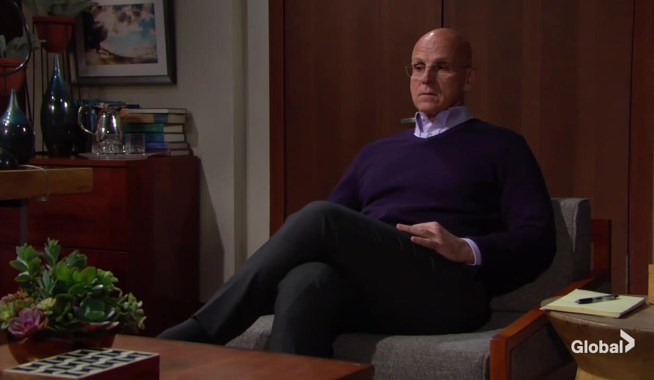