Monday April 29, 2019: On Young and the Restless today, Kristoff St. John's co-stars share stories amid flashback scenes and footage from an interview with St. John as they pay tribute to the late actor. 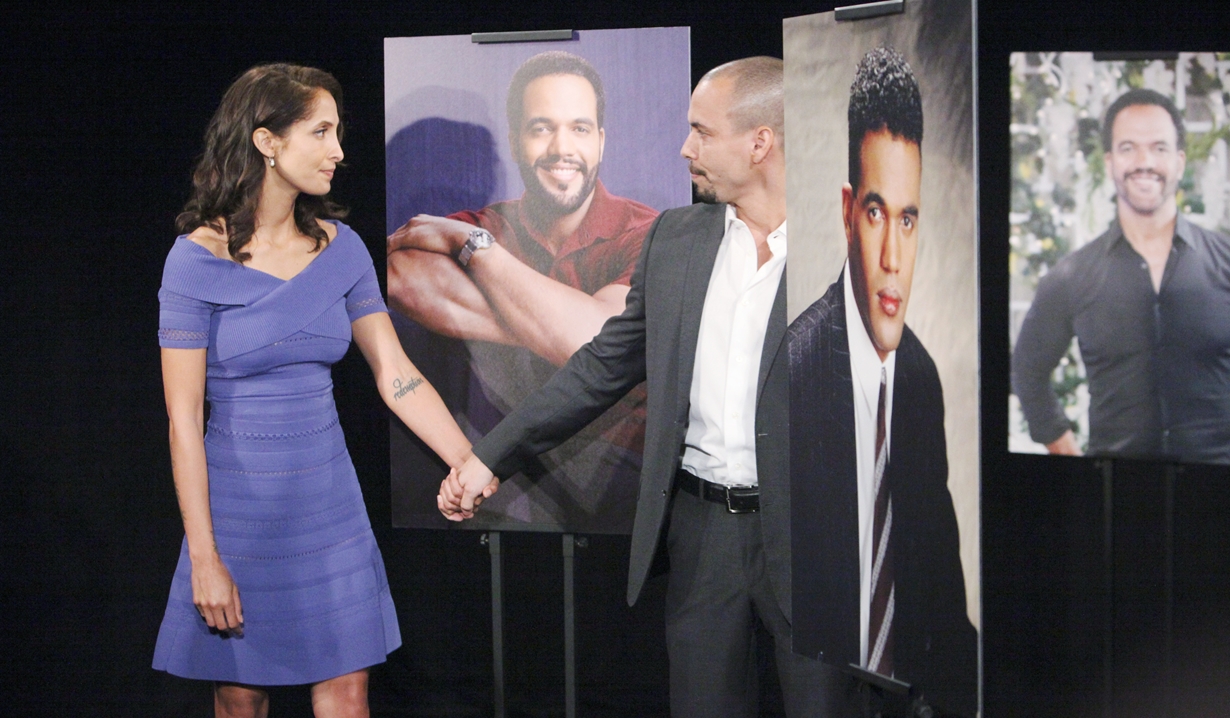 The show opens with voiceovers of various Young and the Restless actors speaking about what Kristoff St. John meant to them and how they felt when they were around him, as a photo montage plays. This is followed by footage of Kristoff accepting his Daytime Emmy award for Outstanding Younger Actor in a Daytime Drama Series.

The beginning… a scene from Kristoff’s early days on Y&R are shown. Then, in the penthouse set, Victoria Rowell recalls when he was cast, and Bill Bell told her he had found her love interest – he was beautiful. A scene plays of Neil giving advice to a younger Malcolm. Shemar Moore remembers his audition, how scared he was, and how starstruck he was when Kristoff arrived. St. John had his back and told Bill Bell when asked that he wanted ‘the scared kid with the baseball hat on backwards to play my brother’. 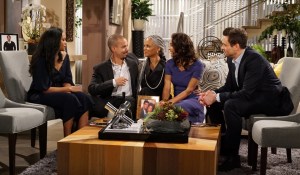 He said, “He’s got a long way to go but I know he can do it.” Next, a father/daughter scene with Neil and a young Lily airs and Kristoff is heard recalling when Christel Khalil took over the role. Khalil talks about St. John as an actor and a scene of them before Lily’s wedding is played. In scenes with Kristoff, Khalil felt she was talking to her dad. Kristoff is seen saying he thought of her as a daughter. They shift to Neil and Devon and a few of their scenes air. Bryton James remarks on how safe St. John made him feel. The scene of Devon hearing after his surgery plays. James talks about how he made the energy on set about raising them up. Moore nods.

In the Abbott living room set, Peter Bergman talks about how well he got to know Kristoff St. John over 37 years and a scene plays of their characters first interacting, then a more recent scene of Neil acting as Jack’s sponsor during a crisis. Bergman says Kristoff ‘took over’. 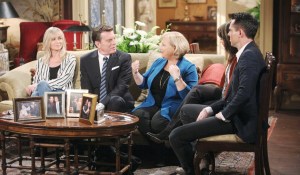 In the penthouse, Mishael Morgan’s voice quavers as she reflects on how St. John made people feel, then it’s back to the Abbott house for Jess Walton. An ‘early days’ scene of Jill and Neil plays as well as one from Lily and Cane’s wedding reception. Daniel Goddard recalls marveling over St. John’s depth as an actor in a scene where he had to tell Neil he was in love with Lily. He realized he was an icon and he was in the presence of greatness. The emotional scenes with Neil and his mother on her death bed follow. Next, Neil and Hilary’s wedding is shown and Morgan recalls how Kristoff dropped a line to support her in that scene. At the Abbott set, Eileen Davidson talks about her recent work with St. John as Neil and Ashley unexpectedly got together. Their slow dance scene airs and Davidson cries as she recalls that no matter what was going on in his personal life, St. John always took the time to ask about others. After a flashback to Drucilla and Neil’s first wedding, Rowell says it was effortless to work with him. She doesn’t imagine she’ll ever have a scene partner like him again, certainly not for 14 years.

The infamous Young and Restless masquerade ball is shown, and Kristoff is heard saying there will never be another memory like that as everyone was on set. On the Crimson Lights set, Sharon Case and Josh Morrow talk about St. John, with Morrow recalling their basketball scene. In the penthouse, James, Khalil, and Moore crack up as they remember one of Kristoff’s ad-libs. They switch gears to Victor’s office, where Melody Thomas Scott and Eric Braeden laugh, and Braeden recalls St. John was a ray of sunshine. 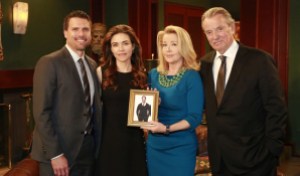 Kristoff is seen saying he loves Eric. Behind-the-scenes footage of St. John joking around airs. Rowell and Thomas Scott remark on Kristoff St. John’s love of life. Bryton James adds he made a choice to be joyful. A Neil/Sharon scene plays, and Case recalls the actor horsing around and having a good time. Amelia Heinle is glad for the last time she got to hug him, and Rowell, Walton, and Thomas Scott marvel at his embraces as well. Jason Thompson shares a thought, then Marla Adams talks about meeting the ‘kind and generous man’. Moore notes his unconditional love as he considered him a brother. On the patio set, Doug Davidson reads a passage St. John once sent him.

A Neil/Katherine scene airs and St. John remarks on his accomplishments on Young and Restless. Moore remembers Kristoff as a mentor – he will keep on trying to make him proud. Josh Morrow hopes he knew how much he loved him; they all did. Bergman says his greatest gift was he reminded them all to be grateful. Lauralee Bell hopes he’s ‘up there’ with her father, Bill Bell. Rowell talks about the legacy that was built. Kristoff is finally seen saying, “I love you.” The ‘In Loving Memory’ plaque is shown.

Sharon squares off with Mia again. 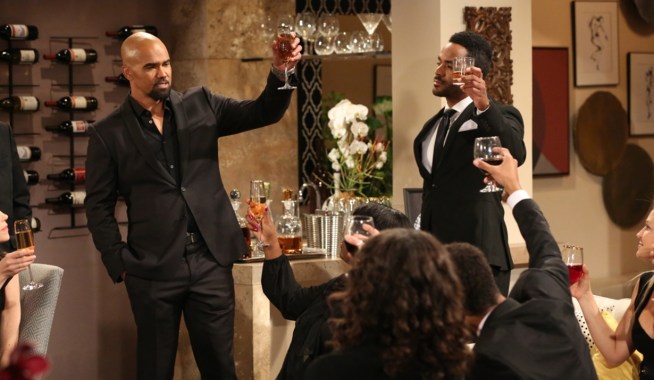 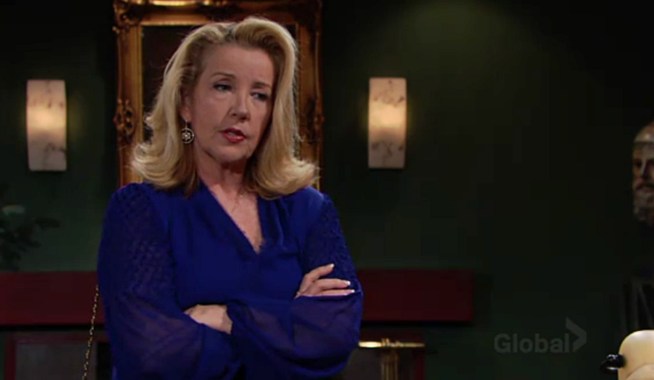