Friday April 26, 2019: On Young and the Restless today, Neil's family and friends gather at the penthouse to share memories, Victor's plans anger Nikki, and Lily makes a decision. 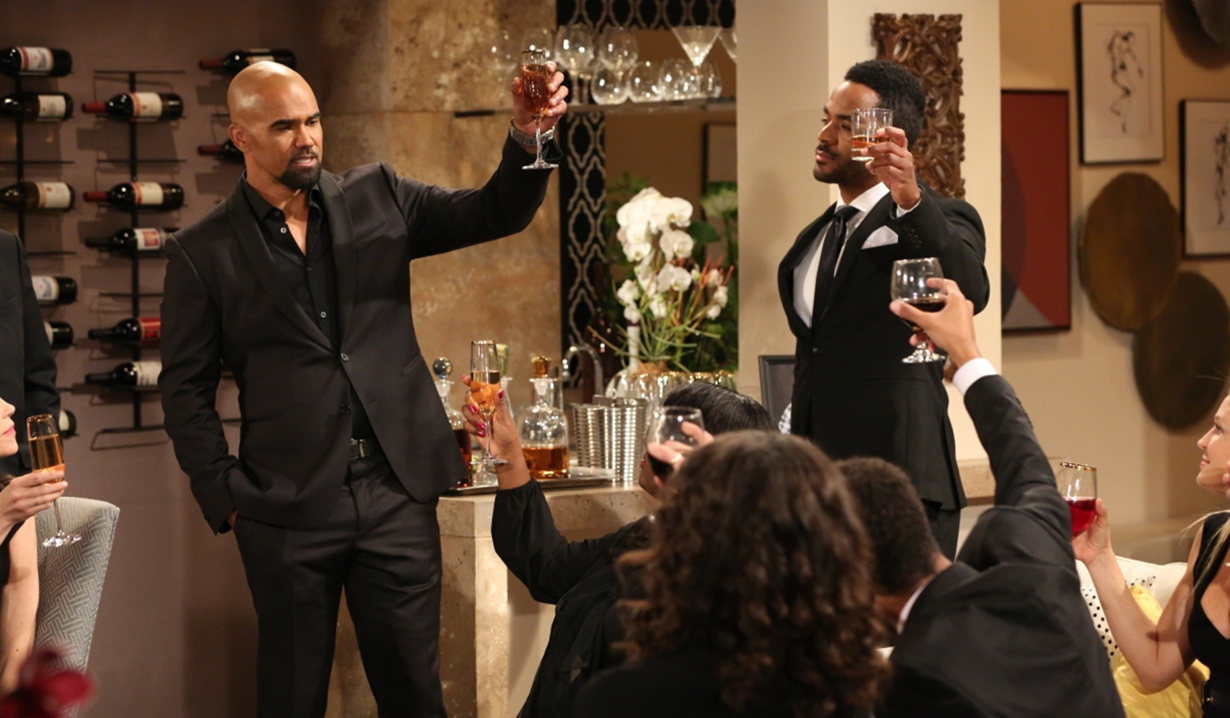 At the penthouse, Malcolm tells everyone gathered that they went to church and did right by Neil, but now it’s time to celebrate his life – no more tears. Ana sits at the piano and they the guests surround her and clap along as she sings, ‘Til the World Stops Turning. They listen to jazz and Lily remarks, “That’s Dad’s favorite.” They all remember Neil’s club, Indigo, and recall how much he loved it there. They flash to Neil showing Devon the place before he bought it. Lily says her dad thought music brought people together. Sofia shares he sent smooth jazz lullabies for Moses. Jack interjects that his enthusiasm will live on through his family members. Malcolm proposes a toast. They raise their glasses and cheer, “To Neil!”

Mariah tells Devon she’s there if he needs anything and asks what he’s thinking right now. 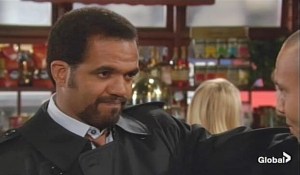 Devon says he’s taking in the penthouse and thinking how he owes everything he has to Neil. He flashes to Neil encouraging him to pursue his music in a conversation at Crimson Lights – he believed in him. They agree he was the best dad. Nearby, Jill and Cane discuss him leaving Chancellor. She’s disheartened to hear Lily still wants a divorce. Cane is determined to prove himself and change her mind. 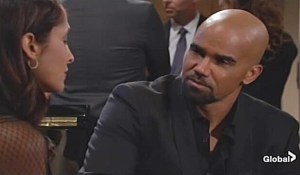 On the sofa, Malcolm compliments Lily for finding the strength to get up and speak about Neil. Lily marvels at what an amazing father he was and flashes to him supporting her through a difficult time. Malcolm encourages her to keep being the best she can be…as he’d want her to.

Billy embraces Lily and tells her he’s sorry. She’s glad she saw her father one last time and he 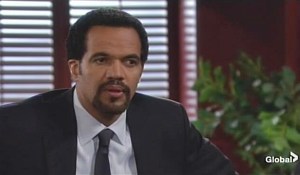 was there when she got out. Across the room, Victor lets Devon know how highly he thought of Neil. Jack interjects, and he and Victor chuckle and bicker over who discovered Neil. Jack remembers an exchange with Neil asking him to be CEO. Devon then recalls the time when he and Neil decided to open their own company. Victor assures Devon his father was very proud of him. Elsewhere, Sofia and Ashley reconnect. 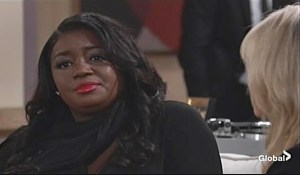 Ashley tears up; she’s finding it hard to even process. Sofia’s glad Neil found romance again, and they agree he was a loyal and caring man. Sofia flashes to him gifting her with a necklace and says there will never be another man like him. Jack chats with Malcolm, followed by Victoria. In the bar area, Jill learns from Billy that he and Victoria are back together and can hardly contain her excitement.

Nikki, Sharon and Lily reflect that Neil never really got over Drucilla’s death. Sharon and Nikki remember how many times he reached out and helped pick others up. 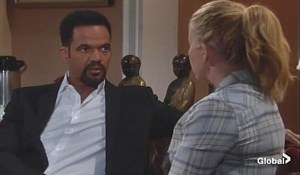 Nikki has a flashback and remarks that she never had a more loyal friend. She tells Lily she and her family will always have a friend in her. When Sharon joins Mariah, she says she’s glad Hilary and Neil healed their rift before she died, but she’s worried about what Devon needs. Ana interjects that she knows who to call. While Nick expresses his condolences to Lily, Victor checks his phone, then tells Nikki it’s time to go. On the sofa, Nate and Malcolm agree not 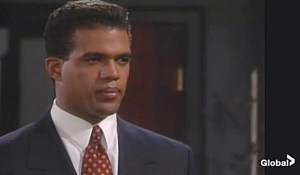 to wait so long between visits. Malcolm doesn’t want to think about a world without his brother. He flashes to when they reconnected and pushed each others’ buttons. Sofia joins them as Malcolm remarks they couldn’t have been more different. She notes they always reconciled. Malcolm chokes up; he’s going to miss Neil so much.

Later, Jack embraces Malcolm, who says, “We both lost our best friend.” Jack remembers a conversation with Neil and remarks they’ll both have a hole in their lives. Traci and Ashley say their goodbyes and Malcolm agrees to call Ash when he’s in Paris. Once it’s just family left, Devon looks at Hilary’s photo and remembers Neil’s acceptance when he told him she was pregnant. Malcolm says they have to cherish these moments when they are together to honor Neil. 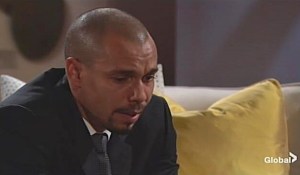 He looks up and says, “Hey Neil, I’ve got an idea and it’s one I think you’re going to like.” Malcolm proceeds to take a family portrait of the group. Sofia is headed to the airport and Malcolm will catch a ride. He embraces Devon, then Lily. Soon, it’s just Devon and Ana. He wants to be alone. Devon is sitting and crying when Elena enters. She rubs his back as he breaks down.

At Newman Enterprises, Nikki fumes as Victor reveals he’s leaving again, and he can’t tell her a damn thing – it will all become clear very soon.

At the Ashby house, Cane asks Lily to stay in her home, but she’s leaving first thing. Neil wanted her to be happy and fulfilled. Cane asks, “And you can’t do that with me?” Lily says, “I’m sorry.”

The show ends with Christel Khalil and Bryton James asking viewers to join them on Monday’s episode as they pay tribute to their Kristoff St. John. 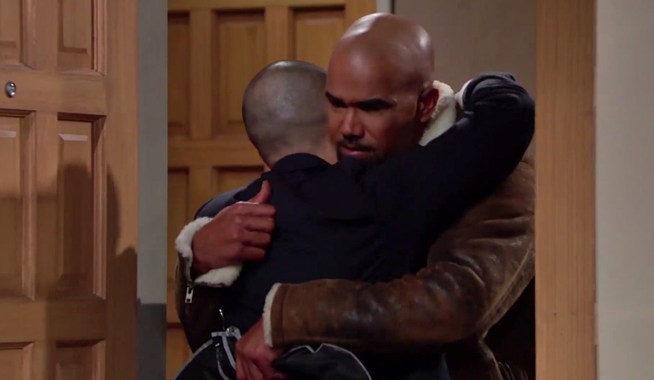 Loved Ones Celebrate Neil's Life at His Memorial Service 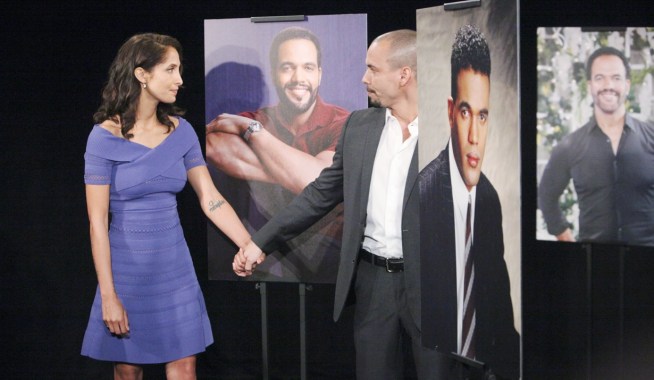