Monday April 8, 2019: On Young and the Restless today, Billy refuses to leave Victoria's hotel suite, Mariah advocates for Tessa, and Ana gets an opportunity. 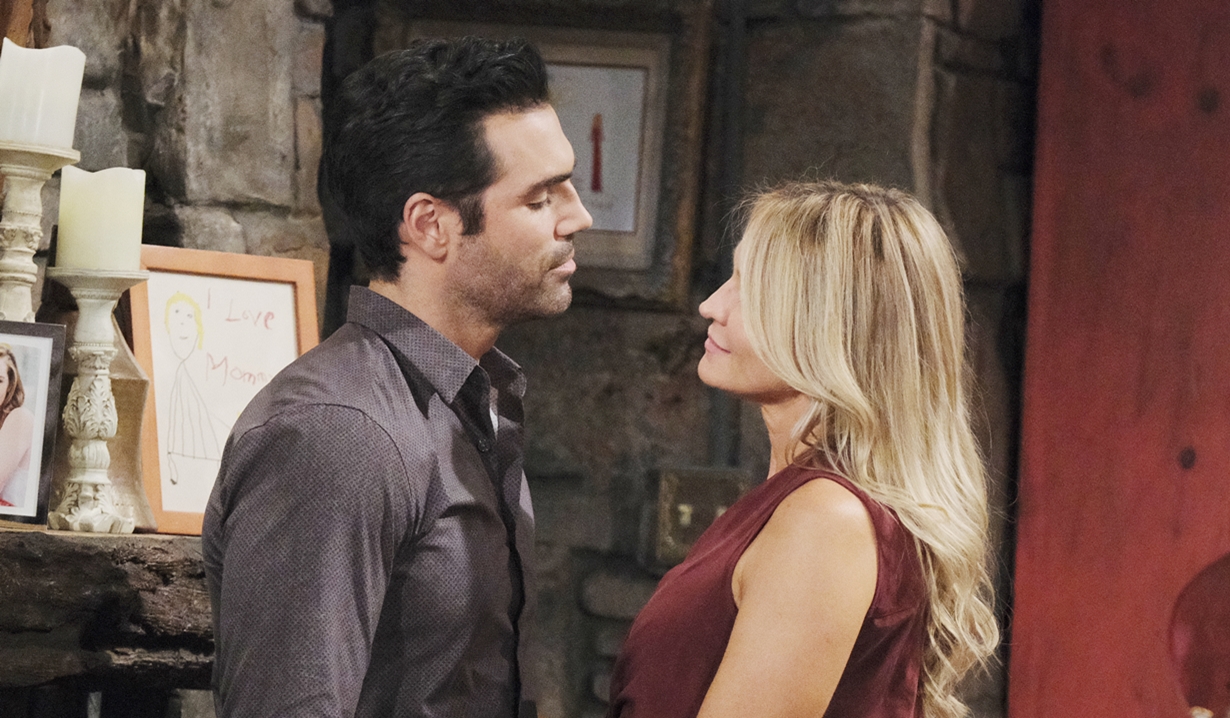 In Vegas, Victoria angrily tells Billy he has no business following her. He criticizes how she answered the door and asks, “Who forgot something?” Victoria questions him leaving the kids to come after her and says she deserves a break – she wants him gone by the time she showers. Once alone, Billy spots the note from Brandon. When Victoria emerges, Billy confronts her for hooking up with some random guy. She reminds Billy she’s single. Billy argues this is not how she cuts loose. Victoria protests – she just needed to forget everything for a while. Billy concedes he shouldn’t be judging anyone. Victoria tells him to leave or she will. Billy asks why she keeps running from him and invites her to let him have it. Victoria exhales – he’s a drama magnet and is reckless, irresponsible and 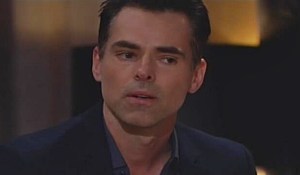 never learns from his mistakes – he’s broken her heart more times than she can count. Billy concedes she is more responsible than him. They go over her needing to get away and be someone else after the past year. Billy insists they make each other better. Victoria tells him to stop – she can’t start something new right now. Billy argues they’re endgame. Victoria sighs, “We’ve tried.” Billy needs her to believe in them. He kisses her and they make out until her phone dings. It’s Brandon who says there’s a big poker game tomorrow night and wonders if Big Vic will ante-up. Victoria tells Billy there’s something going on with her dad.

Rey opens his door to Sharon, who holds up the ultrasound photo 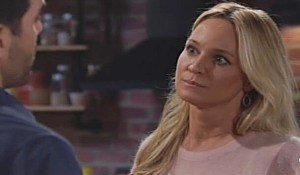 and asks when he was going to tell her about Baby Rosales. Rey confirms it’s real but doesn’t even know if the baby is his. Sharon realizes it could be Arturo’s, but is still irked Rey didn’t tell her. He wanted to be happy for just a while. Sharon wonders what he’ll do if it’s really his baby. Rey will take care of the child, but not with Mia. He wants a life with Sharon. Sharon feels Mia wants her gone and won’t give up, so she’ll deal with her. “This ends now.” Once alone, Rey looks at the ultrasound photo.

On the fire escape, Tessa finally twigs on a tune that satisfies her. She calls to Mariah that the magic is back. After Mariah listens, Tessa second-guesses herself but Mariah thinks they need to call Devon; the song is special. Tessa protests but Mariah calls. Devon picks up and listens to Tessa’s song. He likes it, but doesn’t trust her. Mariah asks, “You trust me, right?” Devon will only agree to consider it – he’s been burned before. Mariah disconnects and tells Tessa she has a shot.

In a Club suite, Mia’s hanging out with the pregnant young woman from the hospital when Sharon calls to meet.

On the patio at Crimson Lights, Sharon tells Mia to stay off her property or she’ll have her arrested. Mia points out Sharon’s been on and off ‘her property’. Sharon calls her desperate, sad, and insecure – any attention is good. She confronts Mia about stringing Rey along 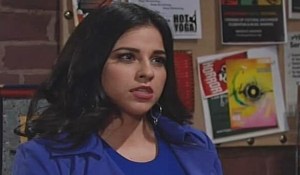 while bedding his brother. Mia taunts Sharon about being the other woman and discounts what Rey feels for her – she’s giving him what he’s always wanted; a baby. Sharon’s not intimidated by Mia and asserts that Rey can love his child and have no use for Mia – if it’s even his. Mia sniffs that Sharon doesn’t know her, and Sharon laughs that she’s not complicated. Mia hollers that she gives Rey excitement – Sharon’s meatloaf and mashed potatoes and asleep by 9? Suddenly, she gets a pain. Sharon calls Rey and insists on taking her to the hospital.

At the penthouse, Devon discusses Tessa’s song with Ana, who is thrilled to get the chance to get her hands on it.

In the hospital, the doctor has questions about Mia’s pregnancy. Mia insists Sharon leave the room first, then tells the doctor she only had heartburn. When Rey arrives, Mia gasps, “Rey, thank God.” She protests when the doctor wants to do an ultrasound, but Rey insists. Mia seems amazed when a baby appears on the screen. She asks Rey to step out and Mia tells the doctor she wasn’t sure she was pregnant. The doctor says she’s about 12 weeks along and she and the baby are doing great. Outside, Rey tells Sharon the baby is family – the question is whether it’s his or Arturo’s. Sharon will stand by him. They embrace and Mia looks out at them through the door.

At Crimson Lights, Tessa’s bummed that Devon’s handing her off to his sister. Mariah lets Ana in, and Tessa tells Mariah she’s the reason for everything good in her life before playing her song.

Rey is given an ultimatum.

Victoria Has Sex With Brandon in...