Monday March 11, 2019: On Young and the Restless today, Jack's floored to hear of Kyle's plans, Rey and Arturo learn there's a donor, and Tessa gets arrested. 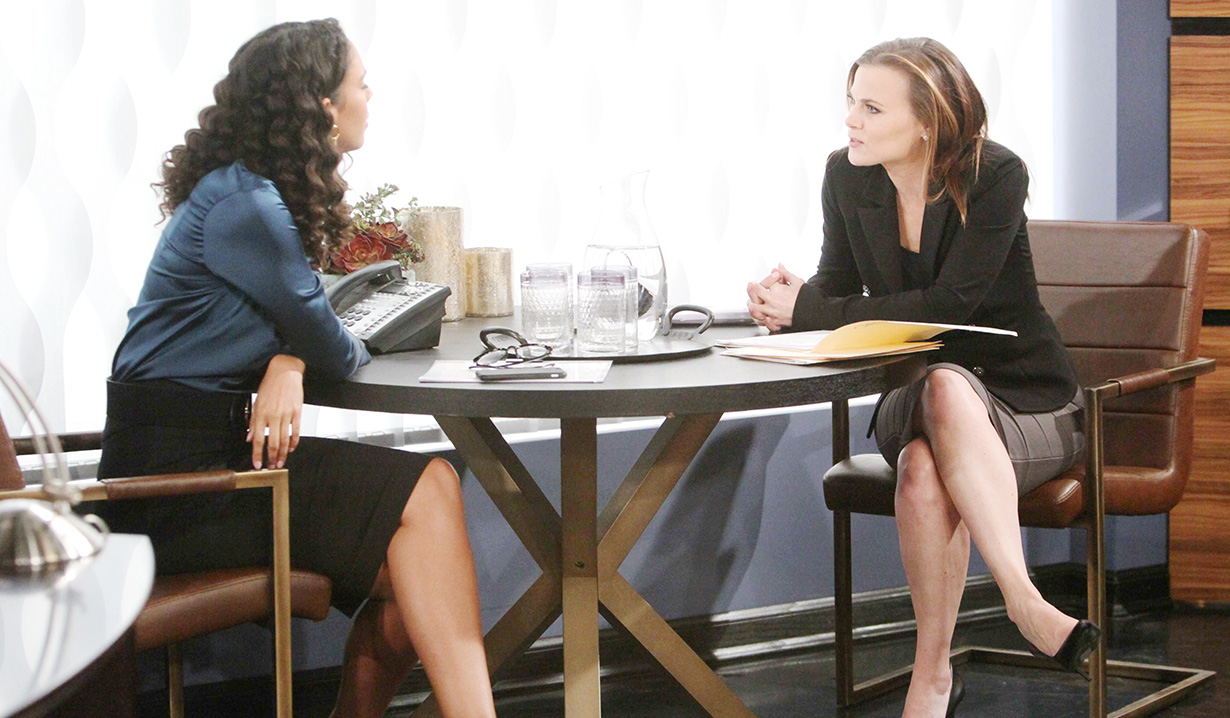 Phyllis arrives at the Abbott house looking to discuss the wedding with Jack, who is floored to hear Kyle and Summer are getting married. Phyllis thinks this has been a long time coming. Jack argues Kyle’s been passionately devoted to Lola. Billy appears and notes that passions change. He roasts Phyllis for rolling over and making Victoria’s kids go without their mother. Phyllis protests she tried to help the women on the stand. They snark back and forth about Jabot. After, Phyllis tells Jack that she didn’t want to be at Victoria’s house that night, nor be responsible for what happened after. She tried to help and failed. She notices Jack smells great – he’s wearing Kerry’s Jack of Hearts. Phyllis leaves, and Jack urges Billy to take a whiff – it’s the first product the company will launch once Phyllis is out as CEO.

At home, Summer texts Kyle to come for breakfast.

At the hospital, Arturo and Rey were summoned by Nate, who tells them a donor’s been found and Lola will be getting the transplant she needs. Kyle appears as Nate explains the donor wishes to remain anonymous. He acts surprised at the news of a donor, but slips when he refers to the donor as ‘she’, then covers. Kyle reads Summer’s text and replies that he can’t get away. Arturo and Rey credit Kyle for getting the word out to find a donor as Summer appears. They tell her the good news. Summer has some of her own. Kyle blurts that he and Summer are getting married. The Rosales brothers are incredulous. Kyle tells them they were right – he hurt Lola. He asks them to let her know it’s for the best. Arturo steams – Kyle and Summer deserve each other 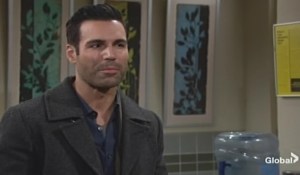 – he never wants Kyle around his sister again. Later, Rey sits Arturo down and fills him in on his situation. Arturo marvels that Rey admitted he loved Sharon in court with Mia there – does he have a death wish? Rey explains he and Mia blew up their relationship long ago. Arturo doesn’t see Mia being okay with this. Talk turns back to Kyle. Rey admits he wondered if Summer was the donor.

At Crimson Lights, Tessa and Mariah go over the court case. Tessa points out she admitted to committing extortion while under oath. An officer arrives and Mariah pleads with Tessa and offers to go on GC Buzz to complain how unfair Christine’s being. Tessa wants to make the right choice for once. The officer arrests her and takes her away in cuffs to Mariah’s despair.

Kerry joins Phyllis at Jabot and they discuss the court case. If the verdict comes back wrong, 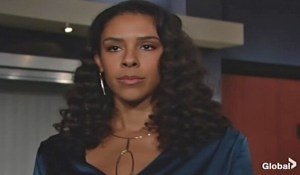 Phyllis vows to do everything she can to overturn it. Kerry notes it will keep the company in the news, but she’ll help how she can. Phyllis presses her to market the fragrance she created for Jack. Kerry refuses. Phyllis proposes a compromise. Kerry’s willing…for a friend, and the right price. Kerry names her terms and Phyllis accepts. In the corridor, Kerry texts an unknown person that she has Phyllis and Jack right where she wants them.

Mariah visits Tessa at the GCPD. Tessa will be arraigned tomorrow. She’s upset that Mariah posted bail, but Mariah needs to know she’s coming home. They go over Tessa’s chances of serving time. Mariah wants to take it day-by-day.

At the Abbott house, Kyle asks Summer to let him do the talking. Jack and Billy appear. Kyle learns Jack’s already heard from Phyllis. Kyle tells them he knows he wants to marry Summer – he wants them to respect it. Jack is happy if Kyle is, and Summer’s always been like family. Billy congratulates them. As Jack and Billy go for champagne, Summer tells Kyle she loves him more now than ever. Later, Billy and Jack can’t make sense of the engagement and Billy wonders if Kyle will now side with his mother-in-law. Jack is sure Kyle will side with them and reveals Kerry’s no longer a question mark. Talk turns to the upcoming verdict – 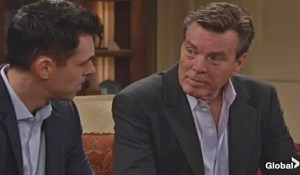 Billy’s worried about the kids and Reed won’t return his calls. Jack’s concerned about Nikki. He thinks it’s a good sign the jury hasn’t come back yet. They switch gears to Billy and Summer’s engagement and agree it makes no sense before resuming their conversation about Jabot. Jack says Kerry wants an offer in writing. Billy warns not to give her a seat on the board. Jack agrees, and sees a straight shot to success.

At Nick’s house, Summer opens up to Kyle about how much she fears the surgery. Kyle is there for her. Summer announces she wants to get married right away – she wants to wake up to her husband by her side. Kyle tells her she’s doing something huge and special – whatever he can do he will. They embrace and Kyle looks overwhelmed.

Victoria lashes out at Sharon.

Devon Confronts Ana for Lying to Him...