Monday February 18, 2019: Lola remains unconscious in the hospital, Mia reaches a realization, and Sharon gets a lawyer. 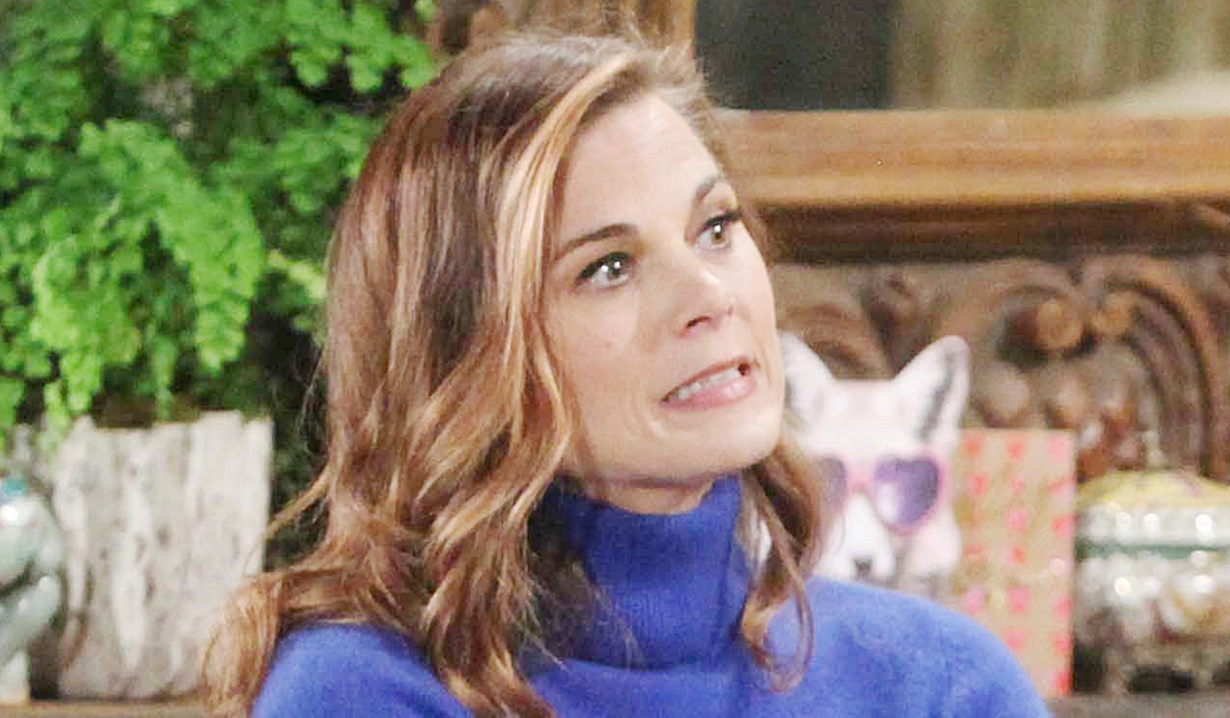 Kyle pulls Lola from the Abbott pool and calls for an ambulance in a panic. He pleads with her to stay with him. Nearby, there’s an earring in the snow. 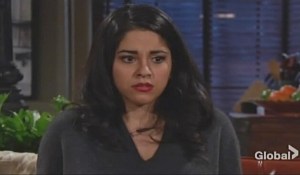 Mia arrives at home, takes off her coat and gloves and realizes her earring is missing. Eventually she leaves Rey another voicemail asking him to come home. She then calls the Club and learns her earring isn’t there.

At the police station, Phyllis and Sharon pose for mug shots. Rey watches Sharon. Elsewhere, Michael tells Nikki that Victoria’s been arrested. He doesn’t understand if he’s getting the straight story from anyone, and reveals he talked Victor down from breaking his house arrest. Michael wants answers from Nikki who insists she doesn’t know why the police arrested her daughter, but is counting on him to ensure she’s not implicated. In the interrogation room, Sharon trusted Rey, who defends following protocol. She supposes he doesn’t love her anymore, but he insists his feelings haven’t changed, which makes this more difficult. Brittany Hodges, (played by Lauren Woodland), arrives to defend Sharon. Rey leaves them alone. Brittany learns Sharon was manipulated while in an emotional state by Rey, who didn’t have permission to look at her papers. Meanwhile, Christine tells Rey she still needs solid proof. Rey rejoins Sharon and Brittany, who informs him her client is recanting and won’t answer more questions. In another room, Michael advises Victoria she didn’t get arrested because of Nikki. Rey enters and explains he has every reason to believe Vikki was there when JT died. Victoria maintains her innocence, and that of her parents. After Rey exits, Michael’s convinced someone is lying. Next, Nikki meets with Michael and Rey, who claims he now knows what really happened the night JT died. Nikki maintains she acted alone. Rey brings her to the squad room where Sharon, Victoria, and Phyllis also are brought in. Rey sends Nikki to her cell and the others to holding rooms. Rey meets with Phyllis and warns her Nikki may have killed JT, but the rest of them could still go down. Phyllis wants to talk to Christine.

In their Club suite, Jack and Kerry share a toast in bed and joke about ice-skating beforehand. He loved catching her; she loved being caught. Kerry looks at a magazine containing an ad for a new fragrance and they do a couples’ quiz. When she asks about a time Jack has recently cried, he gets choked up before talking about Christmas with Dina.

At the hospital, Arturo arrives and joins Kyle. Nate appears and asks how long Lola was in the water. Kyle doesn’t know. Nate walks off. Kyle wrings his hands; Lola has to be okay. Arturo warns, “She’d better be.” Abby arrives. Arturo advises he left Rey a message. Abby informs Kyle the police are at the house searching for evidence. Kyle assumed she slipped on the ice. Abby relays Lola’s cellphone was smashed – they think someone attacked her. A detective arrives to question Kyle. When Kyle is done, Arturo wonders what Lola was doing at his place and accuses him of doing this to her. Kyle barks, “Go to hell.” He relays there were three sets of footprints in the snow, and agonizes over what it was like to find Lola like that. Arturo and Abby go to find Rey. 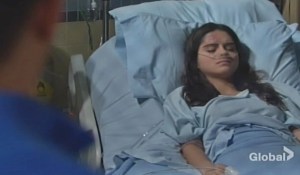 Kyle gets a call from Mariah and learns she saw Lola earlier. After, Nate rejoins Kyle and reports Lola has brain function but should have woken up by now – her prognosis is uncertain. Kyle sits by Lola’s bed, and bids her to use her amazing strength and energy to get better – they’ve a lot to talk about. He’s thankful she came back to him and loves her so much – they’re going to get their happily ever after.

At the station, Rey exits Phyllis’ interrogation room to find Arturo waiting. He doesn’t want to see him, but he says it’s about Lola and it’s bad. Meanwhile, Christine joins Phyllis, who offers to give her every detail of JT’s murder if she agrees to help her in return. She asks, “What kind of deal are you willing to make me?”

At home, Mia is searching online for news about Abby Newman when Abby buzzes the intercom. Once in the apartment, Abby relays Lola is in the hospital – she was attacked by the Abbott house. Mia cries, “No!”

Kyle has suspicions about Summer. 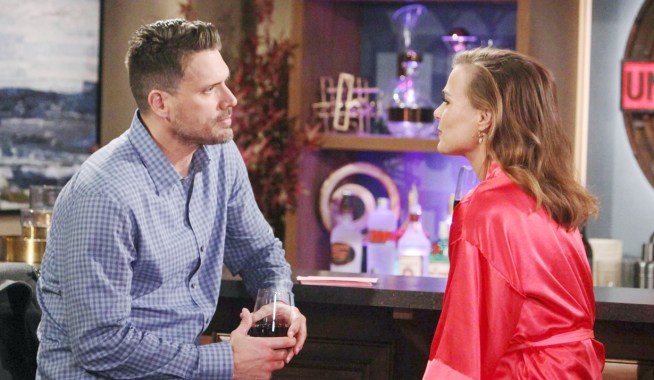 Phyllis & Victoria Are Arrested After Sharon Tells All 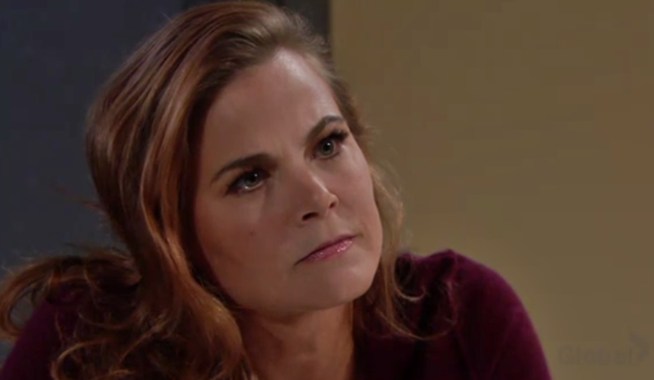