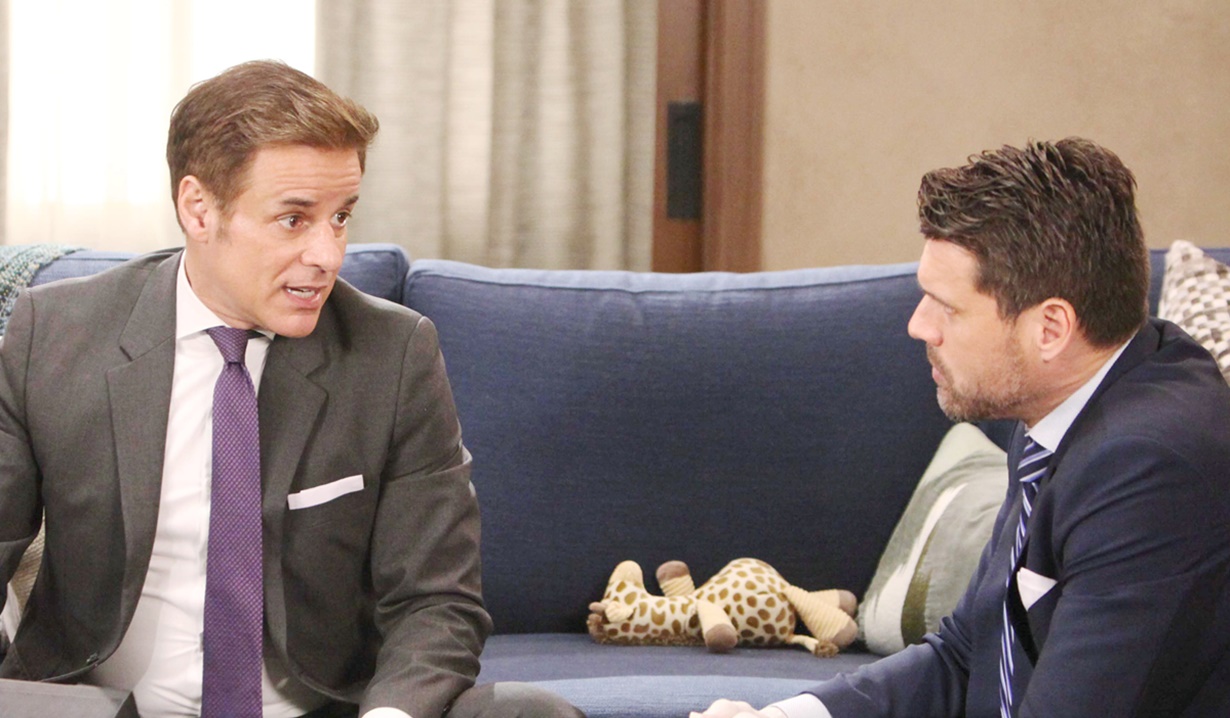 At the Newman ranch, Nikki’s jumpy and Victor assures her no one will get into the house again. They discuss the recording of Victor and Nicholas. Nikki worries their future lies in Sharon’s hands.

At Nick’s place, Sharon’s sorry, but she couldn’t erase the audio file. Nick understands – if it weren’t for her, they wouldn’t even know about it. 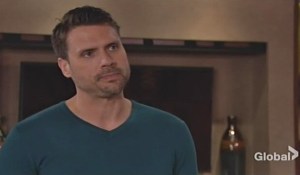 Sharon warns she’s already given it to Rey. Nick muses they need to prepare for the worst. Sharon asks Nick not to let Rey find out she told him. They worry about the kids if Victor goes to jail. Sharon notes a part of her will always be a Newman. Nick thinks Victor will understand her position and tells Sharon there’s nothing he wouldn’t do for his dad…or for her. Sharon asks if he’ll update Phyllis. He’s unsure. 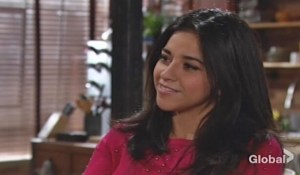 In their apartment, Rey and Mia canoodle. She’s proud of him for solving the murder investigation, and Rey enthuses that after the trial he’ll have more time. Mia hopes Nikki will overlook the fact that Rey headed up the investigation and asks how he found the new evidence. Rey’s forced to admit Sharon found it and passed it along. Mia’s irked and rants about her trying to win brownie points with her favorite detective. Rey reassures his wife with a kiss.

At the Abbott house, Lola tells Abby she and Kyle had a huge fight. She fills Abby in on what happened at Crimson Lights – the worst part is Summer knows she’s a virgin now. Abby advises that Summer can’t make Kyle’s decisions for him, but Lola tells her he stayed at the coffee house with Summer. As they talk, Abby promises if Kyle’s the right guy he’ll wait until she’s ready. Lola asks what she should do next. Abby counsels to choose with her heart.

At the Club, Kyle’s looking at Lola on his phone when Summer joins him. She fishes to find out if he’s made up with Lola. Kyle doesn’t know what to say at this point. Summer advises he say what she’s saying right now; “I’m sorry I hurt you and this is all my fault.” Kyle reassures her and Summer pries about why Lola won’t have sex before teasing that he and Fen should be auctioned off for a Valentine’s Day promotion. Mariah sees them laughing together. She asks to speak to Kyle alone and confronts him about ‘yucking it up’ with the blonde. Mariah warns he’ll lose Lola for good. They bicker until Kyle admits he’s been thinking he has more in common with Summer than Lola. Mariah barks, “Because you both like sex?” She advises him to be his best self for Lola or move on, but decide before it’s too late.

Nick arrives at the ranch and updates his parents that Sharon had no choice but to hand over the recording, and reminds Nikki of her loyalty. Michael arrives – he’s heard the tape from Christine, and announces Victor’s trial starts tomorrow. They listen to the incriminating audio file and Nikki wonders who could be doing this. Nick explains it’s doctored, and Michael advises them to tell him everything. 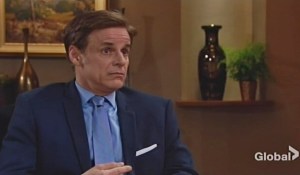 Nick just wants him to get them out of this. They debate with Michael who pleads with them to give him something or the jury will treat the recording as a confession. He adds, “It’s time to make some tough decisions.” Victor wants him to show it’s a conspiracy – he won’t plead out. Michael warns Nick could be implicated too. After Michael leaves, Nikki won’t stand by and allow this to happen. She looks thoughtful as Nick and Victor reassure one another and embrace. Nick leaves and Victor reassures Nikki no one will go down for JT’s death.

Mia finds Lola looking sad on the coffee house patio and decides she needs work/life balance. Lola snaps at her, then apologizes and explains she’s having issues with Kyle. Mia senses it’s another woman and urges Lola to spill. She finds out about Summer and is stunned to hear they’re not having sex. She advises that sex brings you closer to your partner – she’d hate to see her lose Kyle’s love over it. Mia urges Lola to go to Kyle and make it right.

At Crimson Lights, Mariah asks Sharon why is it people can’t see they’re with someone bad for them. Sharon makes a face and she clarifies it’s not about her and Tessa. Sharon muses it’s easier to go with the ones who are bad for us. Mariah gathers it’s like an addiction and wonders how you stop it. Sharon says hopefully they find the strength to break free and find the person they’re meant to be with…she looks over at Rey.

At the Club, Lola gets a text from Abby about the sous-chef interview, then moons over photos of Kyle on her phone.

At the Abbott mansion, Kyle gets a text from Summer offering to get drinks later. Kyle responds, “Sounds great.” 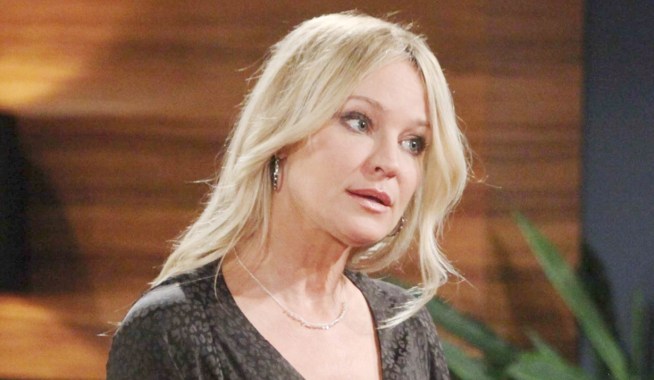 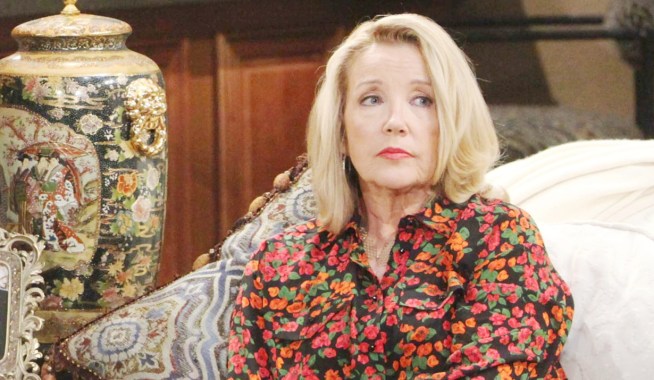