Monday February 4, 2019: The Newmans are stunned by their discovery, Sharon goes to Nick with inside information, and Victoria and Billy call a truce. 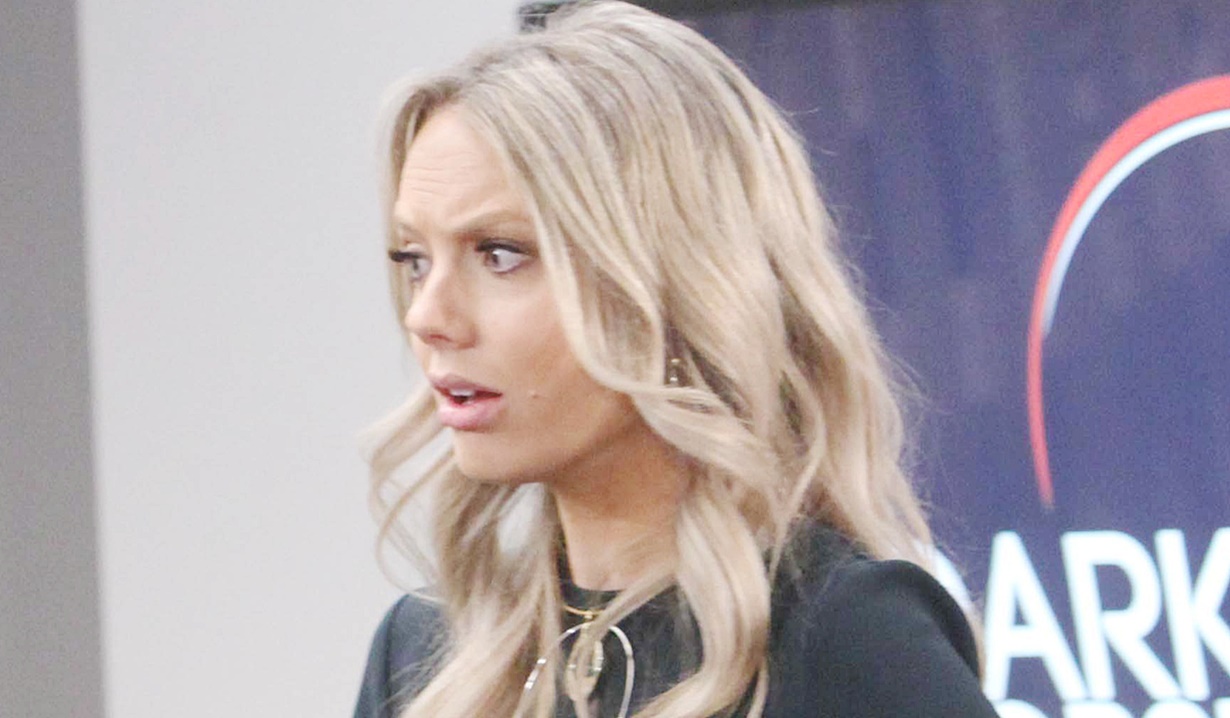 Mia arrives at home and is surprised Rey’s not at work. He pulls her in close and explains he took time off to be with his wife. Mia approves. They start undressing. After sex, Mia loves how close they are – she was scared they’d lost each other and he’d never forgive her. Rey asks if there’s ever a problem, they talk about it. Mia knows he has to get to work and reveals she’s having drinks with Abby. Rey’s surprised. Mia explains it’s a goodwill mission over cocktails.

At the ranch, Katie calls out to her mommy that she’s okay. Billy and Nick work to get her out from behind the wall panel and urge the girl to be brave and patient. Finally, they free her, and ask what happened. Katie wants to talk to Billy alone; they go off. Victor looks into the wall and says, “I’ll be damned, look at that. Whoa.” He barks orders into the phone as Nick reports there is full-blow surveillance of the entire house. Nikki marvels that the person has been watching and listening – they could know the truth about JT. Vikki’s only concern is Katie. Billy rejoins them and says Katie claimed she had fun…she’s been going in the wall with her ‘friend’ for a week. He adds Katie drew a picture. They all speculate on the identity of the person, who must know the ranch and have technical skills. Victor can only think of one man who checks the boxes. Billy scoffs at the idea it could be JT. Nick latches onto the idea JT faked his own death. Nikki thinks it would explain a lot, and Victoria adds it would make sense. After Billy and Victoria leave the room, Nick asks his mother if JT could have survived. She admits it crossed their minds, especially when Nick impersonated him, but it seems inconceivable even if he was buried alive. Nick feels if it was him, they have to find him – both their futures could depend on it. Later, Victor muses to Nikki about putting that S.O.B. behind bars – his arrogance will be his downfall. Nikki doesn’t feel safe. Victor holds her. 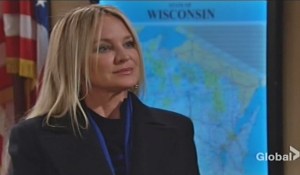 At the station, Sharon fishes to find out why Rey went home during his shift. Awkwardness ensues as Rey relays he made some time for Mia and Sharon apologizes. Rey wants things to be okay between them. Sharon assures him they’re good, and she’s glad to hear things are working out for him and Mia. She rambles she’s glad nothing happened between them and they remained colleagues. Rey tells her their friendship is important to him. They discuss the case against Victor. Rey hopes to find something that would sway…someone like her.

Abby arrives at the Club to find Mia’s ordered the first round already. Mia muses that she told Rey they might be friends one day. Abby thinks that would be…incredible. They toast. Abby warns she only has time for one drink. Mia agrees – she’s crazy busy too and Rey can’t get enough of her. She decides it’s time they were honest and talk turns to Mia’s decision to reveal her affair with Arturo. Abby thinks it was provocative. Mia shook things up because she had no choice – it worked because she and Rey have never been better. Mia doesn’t want to be enemies with Abby over old history, and explains the vow renewal meant a lot, which is why she was less-than-gracious when Arturo made it about him and… Abby asks, “Him and who?” Mia alludes to his sibling rivalry with Rey. 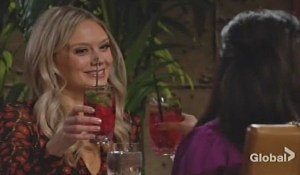 Abby feels he had no ulterior motive – he’s not competing with his brother anymore. Mia’s sure she’s right. Talk turns to Abby’s wedding and Mia urges her to plan splashy nuptials. Abby notes it’s not her first marriage. Mia keeps pushing so Abby plays along, then tells her she was joking. Mia plants doubt about what Arturo will want. Abby notes Mia talks a lot about Arturo – it would be easy to get the impression that since she can’t be with him, she doesn’t want anyone else to have him either. Abby thinks Mia must see she has way more to offer Arturo than she does and suggests she keep her history with Arturo in high school out of respect to Rey. Mia feels Abby sounds insecure. Abby denies it and puts her on notice – she won’t let some woman’s petty jealousy ruin things.

At home, Billy and Victoria rehash their earlier terror. Victoria thanks him for being there for their daughter…and for her. They agree it put things in perspective. Billy hopes they can be friends again. Vikki replies, “We already are.”

At Dark Horse, Sharon updates Nick that Christine and Rey aren’t confident they have enough to convict Victor. Nick thanks her. Sharon doesn’t want to keep secrets anymore.

Nick goes to bat for his family. 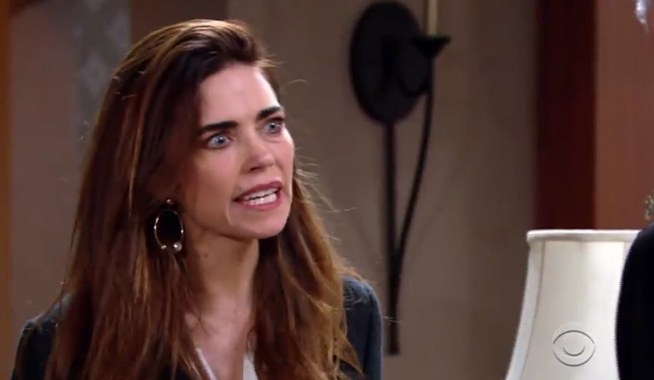 Billy & Victoria Panic As They Hear Katie Singing in the Walls 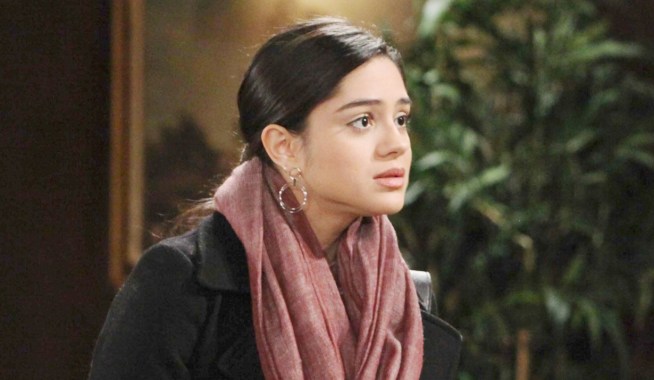