Lily Learns Cane Cheated on Her and Is Sickened 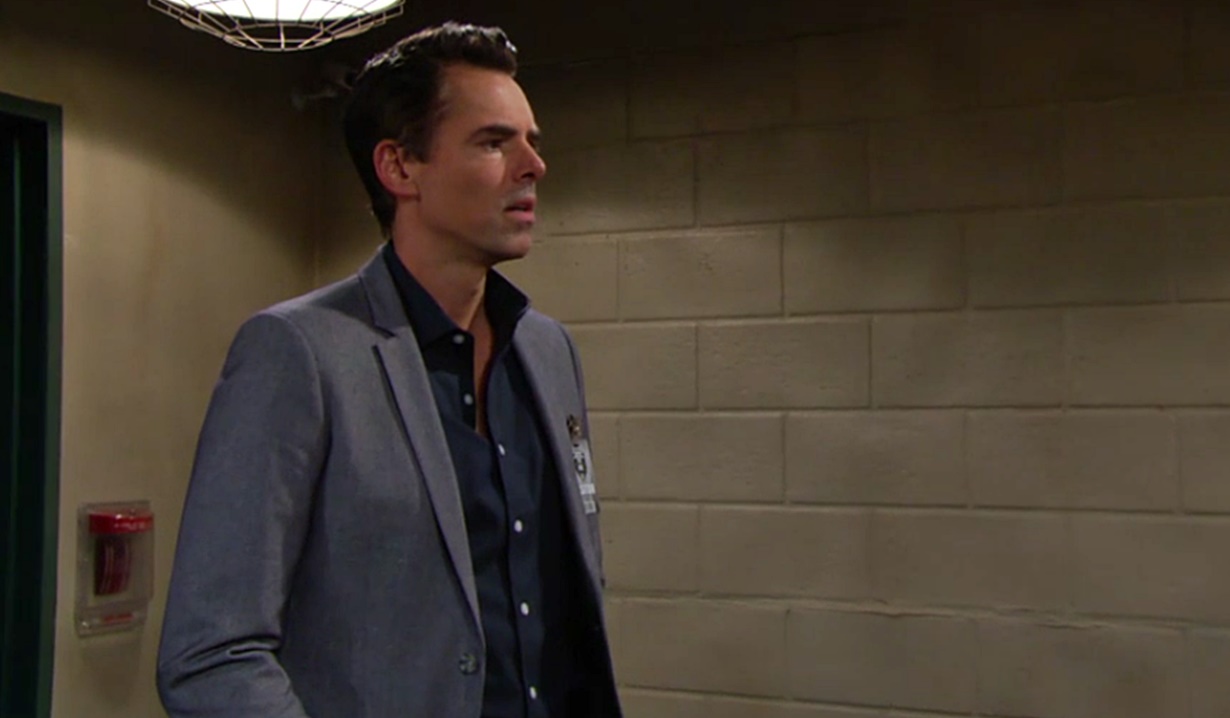 At the Ashby house, Mattie’s suspicious when Cane announces he’s going to see Lily tonight. Cane insists he just feels like being spontaneous. Mattie demands the truth – their family’s had enough lies. Cane admits something happened the last time he saw her mother and he wants to see her in person to make it right. Mattie decides she’ll come with him. Cane has to go alone. Mattie makes him promise everything will be okay.

At the prison, Billy waits on Lily. She appears, hugs him, and asks, “What are you doing here?” She notes his awkward ‘visiting prison’ demeanor and presses to find out why he took the Jabot jet there. Billy admits something did happen, then says Victor was arrested. Lily knew, and asks for scandal or rumors. 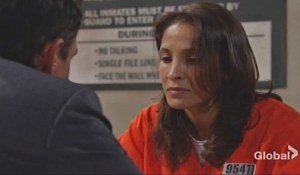 Billy tells her Fen Baldwin’s a pop star. Lily now wants him to be honest about why he came. She learns it has to do with Cane and recalls things went sideways on their last visit. Lily wants the truth. Billy reveals he walked in on Cane and Victoria kissing on the couch like teenagers. Lily marvels, “They hate each other.” Billy thought so too. Lily learns it wasn’t the first time and they were sober. She feels sick. Billy regrets coming, but Lily insists she had a right to know. She vows to survive by any means necessary.

At Crimson Lights, Arturo gives Abby flowers. Rey appears and advises Arturo when you find the right woman not to let her go. Sharon watches from the counter, then takes a call from Phyllis, who wants to talk. Sharon will take a pass, but Phyllis warns it would be a huge mistake. Meanwhile, Rey and Abby agree to disagree about her father. Abby learns he’s out on bail – she’s always the last to know and steps away to call Victor. Rey tells Arturo he hopes his investigation won’t cause issues with him and Abby. Arturo assures Rey his relationship’s solid – he’s thinking about settling down. He apologizes for what happened with Mia last year. 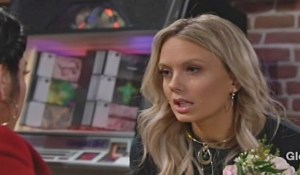 Rey insists he and Mia are stronger than ever. Arturo and Rey are glad to be brothers again. Arturo concedes Rey was more of a father to him than their dad. They’re hugging when Mia enters. Rey updates her on Arturo being in love and buying flowers for Abby. When Rey exits, Mia mocks Arturo for feeling guilty about the other night. She feels the only reason Abby’s happy is because she doesn’t know he has it bad for his sister-in-law. Arturo fumes that the only person in his future is Abby. She retorts, “Who are you trying to convince?” Abby returns to find Mia holding her flowers and Arturo gone. Mia muses, “Of all the women he could have, he settled for you.” She advises Abby to enjoy it while she can and alludes to it feeling like old times when he came over to fix her heat. Abby advises her to mind her own man and sneers, “Don’t you have someone’s nose hairs to pluck?”

Sharon arrives at Jabot expecting a business opportunity, but Phyllis wants to discuss whether they can trust Victoria and Nikki. Sharon feels she’s being paranoid, but Phyllis says with Victor out on bail and the Newmans closing ranks, they’re at risk. Phyllis warns, “They will do anything they can to keep Nikki out of prison, 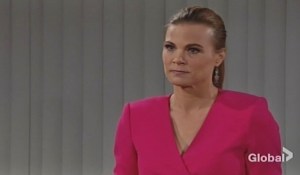 including pinning JT’s murder on us.” Sharon agrees you can’t count on what Victor will do when his back’s against the wall, but feels Nick wouldn’t let the mothers of his children go down. Phyllis says Victor won’t give Nick a vote, plus he’d have to turn in his mother. They’re each other’s best hope right now. Sharon needles Phyllis about Nick not telling her about Nikki’s confession. Phyllis is unbothered – the Newmans are circling the wagons; they must form an alliance and act now. Sharon’s willing to wait and see – she may not trust Victor, but she trusts Phyllis less.

At Dark Horse, Abby confronts Arturo about Mia’s insinuations. She feels he was just doing a good deed and she made it seem salacious. Arturo clucks that she’s always been this way and urges Abby to ignore her. He tells Abby she’s his everything.

At Mia’s apartment, Arturo confronts her about upsetting Abby. Mia’s trying to save him from Miss Fancy Pants. She feels he could have done this by text or email, but he wanted to test what’s between them. Arturo threatens to talk to Rey, but Mia says he’d wouldn’t forgive him this time. Rey arrives. Arturo says they need to talk. Mia interrupts and makes a speech to Rey about how much she loves him – she proposed they renew their vows. Rey replies, “Nothing would make me happier.”

Billy gets a visit from Cane.