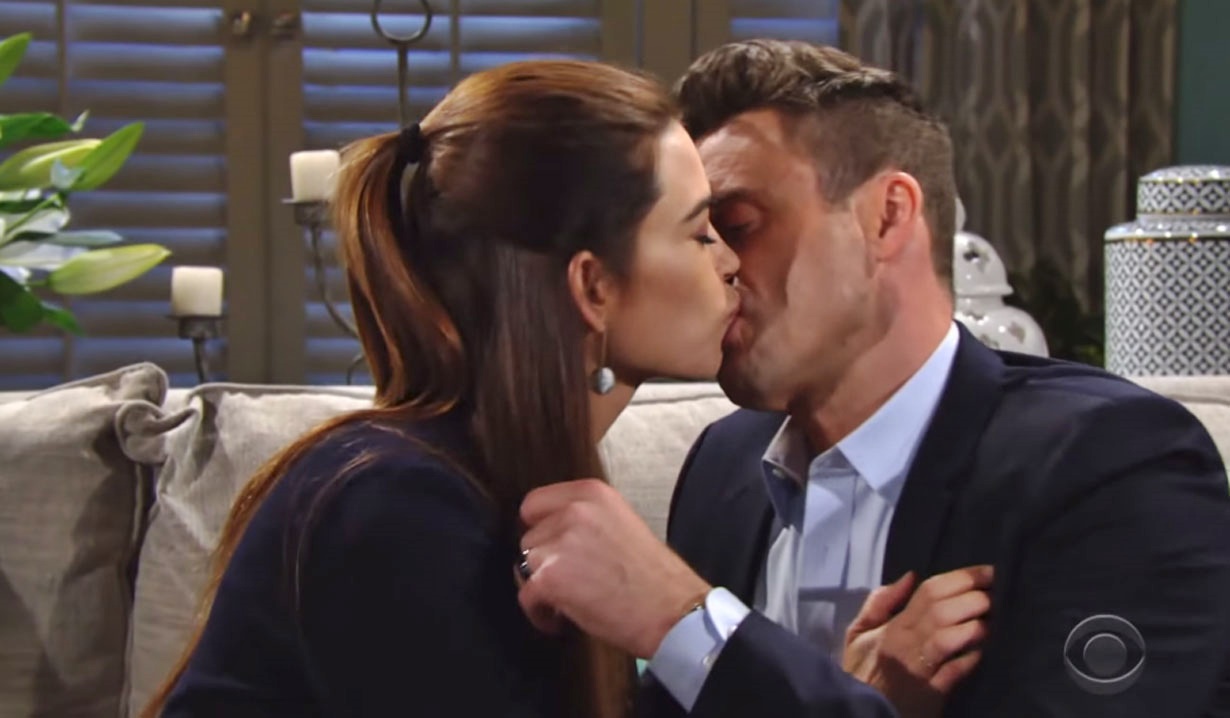 At the Ashby house, Cane tells the twins his visit with Lily was good – he didn’t divulge Charlie’s accident. Mattie finds it strange she wasn’t eager to hear her essay and decides there’s something Cane’s not telling them. Cane insists some things are personal between a couple. Charlie’s glad they worked out their issues. Cane muses, “Yeah…”

At Victoria’s place, Billy reminds her it’s been three years since his hit-and-run. They recall how they reunited after Delia appeared to him. Victoria wonders if that’s why he’s there. Billy thinks about them as a family again, but understands she needs time. Victoria agrees to a lunch date.

At the ranch, Phyllis confronts Nikki about Nick knowing Victor didn’t kill JT. Nikki advises her to drop it, but she won’t. Nikki admits she confessed to her son.

At Crimson Lights, Fen hears his new song playing and thanks Sharon, who explains it’s an online playlist. Fen giggles. Sharon hopes his career goes better than Tessa’s. Fen learns she was dropped from the label; it’s a reality check. Later, Nikki, Victoria and Phyllis join Sharon, who learns Nikki confessed to Nick. Sharon’s appalled. Nikki protests she had no choice – the fireplace poker showed up when he was there. Phyllis feels Nikki made the wrong choice – what do they do now? They agree someone knows and is trying to get them to turn on each other. 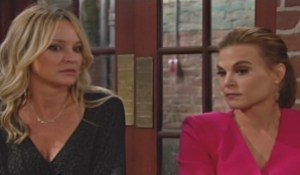 Phyllis worries Nick will lead the charge to prove Victor’s innocent and now must keep his ‘secret’ from her. Victoria and Phyllis bicker about Nick, Billy, and Phyllis’ reveal to Reed. After Victoria leaves, Phyllis tells Sharon the Newmans are hanging them out to dry. Phyllis warns she won’t go down for this and exits. Sharon tells Nikki she broke their agreement, but she has to trust her…for now. Nikki argues she tried to protect her and Phyllis. Sharon sighs and offers Nikki a room at her house. Nikki wants to stay at the ranch and catch whoever’s tormenting them.

At the penthouse, Ana looks on as Devon updates Neil on Fen’s single. Neil asks about the songwriter. Devon admits he’s determined to stay anonymous. Neil warns that could be a problem. Ana insists he hates the spotlight and will walk if they push him. Devon feels they should proceed without a contract. 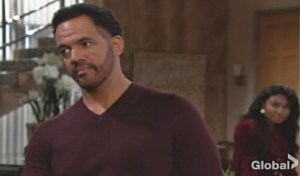 Neil muses, “For now.” Devon updates his father that he’s getting his life back on track and Neil shares he’ll be splitting his time between Lakewood and Genoa City. Fen arrives and Devon thinks he can stop waiting tables – his numbers are better than hoped. While Ana and Fen get champagne, Neil remains concerned about the mystery songwriter and reminds Devon that Tessa stole her lyrics. Devon reassures him and announces he wants the guy to write Fen’s whole album. Ana suggests he offer the songwriter an advance. Devon suggests they buy the song outright and the writer forfeits future profits. Ana agrees. Fen blurts, “No! Why would your friend do that?” Ana says her friend wants the money now. Later, Devon calls Michael to find the guy who wrote Fen’s song through his LLC.

At the Club, Cane and Neil discuss Lily. Neil assures Cane he’s entitled to his feelings too. Cane’s distracted when Victoria arrives with Billy, then tells Neil about Lily’s letter and their abbreviated visit. It feels like her prison life is becoming more important than her family. Neil insists Cane must be able to support whoever Lily is when she gets out. At their table, Victoria and Billy toast to new beginnings. Phyllis appears. Vikki learns Phyllis and Billy discussed Reed, and thinks Phyllis should focus on Nick. Phyllis relays that’s exactly what she told Billy when he asked her to get back together before Christmas. Billy confirm’s it’s true, and Victoria’s walking out on him when Cane asks when he can pick up his scarf. She tells him to follow her to the house now. Billy finds Phyllis and confronts her. Phyllis thinks she did Victoria a favor. Billy sees now that he hurt Jack for no reason. Phyllis asks why he tried to get back with her then. Billy retorts it was a bad impulse – Victoria’s the love of his life.

At Crimson Lights, Fen grills Ana about her reasons for not wanting royalties. Ana needs him to trust her – eventually she’ll tell Devon she wrote the song.

At Victoria’s place, flustered, she vents to Cane about Billy only wanting her after Phyllis turned him down. Cane’s in no position to judge and relays that he sometimes feels ‘out there by himself’ with Lily gone. Vikki understands. He’s about to leave, when she stops him. They commiserate and start kissing.

At the ranch, Nikki hears a noise, then a door opening. She gets a gun as another noise comes. A shadow appears on the wall and she fires.

Phyllis Is Suspicious of Nick's...