Mia Confronts Rey About Sharon and the Motel 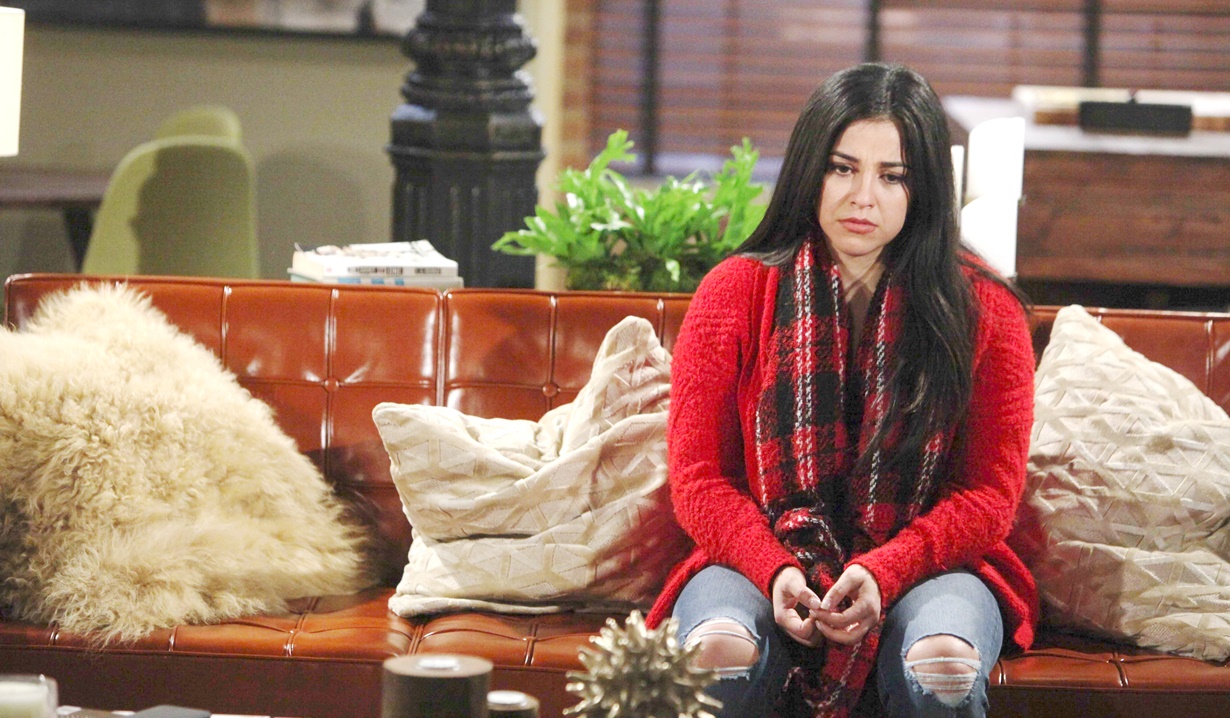 At the ranch, Nick asks Nikki why she’d say she was responsible for JT’s death. Nikki, shaking, reiterates, “I killed JT.” She recounts Victoria revealing JT’s abuse to her and finding him attacking her in the bedroom that night. She tearfully remembers reaching for whatever was closest and swinging. Nikki thought JT was unconscious, but he had no pulse. Nick says, “You did what you had to do.” Nikki explains why she and Victoria didn’t report it to the police. Nick asks, “What did you do next?” 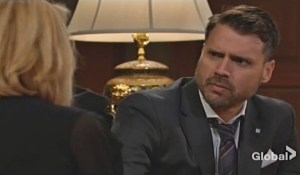 Nikki reveals they wrapped JT in a carpet and buried him in Chancellor Park. Nick’s stunned to hear it’s been months – he was dead when Nick impersonated him. They puzzle over the fireplace poker showing up. Nikki reports she threw it in the lake, and tells him about the other terrifying events – it’s why she started drinking. They debate about her safety; Nikki’s more concerned about Victor being framed. She knows that he knows she killed JT, and is sitting in jail to protect her.

At Victoria’s house, Billy’s sorry he didn’t know about JT’s abuse; he offers to stay the night in the guestroom, but Victoria’s still not comfortable. She does love him and hopes she’s not taking him on a ride he won’t want to be on. He likes rides, and says he’s in.

At Rey’s apartment, Arturo accuses Mia of getting off on having some kind of power over him. Mia thinks they’re imprinted on one another’s hearts. She tried with Rey, but he isn’t present the way a partner should be. Mia needs someone who is all in and laments that she knew Rey and Sharon had feelings for one another when she came to town. Arturo has to go. She says it’s too dangerous out there, but he claims it’s more dangerous in there.

In the motel room bed, Rey asks Sharon, “You awake?” She is, but stays quiet.

Sharon and Rey dress in the motel and make small talk. She suggests they stop to eat on the way home. Rey gets a text from Mia and calls her. He tells her he loves her…so much. After, Sharon assures him there’s nothing to feel guilty about – nothing happened. They agree not to stop for breakfast.

At home, Phyllis texts Nick that she feels bad about last night. He asks where she is. She’s at home and wants to apologize.

At the ranch, Nick’s set up security for Nikki, who stresses the need to go about things as though everything is ordinary. Nick’s priority is keeping her and Vikki safe and clearing Victor’s name. Later, Nikki picks up the fireplace poker, then walks over to pick up the vodka bottles. She dumps them down the drain.

Arturo pounds on the door of the Abbott mansion. Abby asks what he’s doing there. He regrets not getting her text from last night and needs to tell her something. 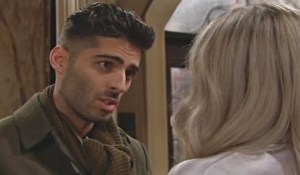 Arturo says, “Abby, I love you.” He rambles about being afraid; it’s why he keeps things casual. He doesn’t want to be like his father, who hurt his mother. Abby believes he would never hurt her that way. Arturo talks about the differences between their families, then swerves to what he had with Mia – he didn’t think he deserved better. Abby says it’s over; he should stop punishing himself. Arturo explains something changed last night – he’s not scared anymore and wants a future with Abby. They kiss. 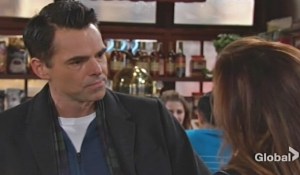 At Crimson Lights, Billy confronts Phyllis about her actions at the memorial. Phyllis has already beat herself up. Billy complains it wasn’t her place to tell Reed; Victoria was trying to protect her son. Phyllis agrees she should have kept her mouth shut, and notes he’s the knight in shining armor – maybe he should be thanking her. Billy says that’s petty.

At Victoria’s place, Billy assures her that knowing she loves him is enough right now – reconnecting with her and the kids has helped him. Victoria thinks it sounds perfect to have no pressure or expectations. Reed appears and tells his mom he’s sorry again. She holds him; she’s sorry too. Reed asks if JT was a bad person. Victoria feels he changed and urges her son to remember him in his own way. Reed thinks things might be better now – he should go back to school.

Rey arrives at home and Mia asks about his trip to Kenosha. He reports they got the bad guys, then asks about the furnace. Mia says she called Sharon, but she was on police business too…in Kenosha. Rey admits he lied because he didn’t want to upset her. Mia relays that it was Arturo who came over to fix the furnace. Rey wants to trust each other. He swears nothing happened with Sharon, and won’t stop fighting for their marriage. They kiss.

At home, Phyllis apologizes to Nick, who invites her to kiss him. She does. He says she’s forgiven. Phyllis questions his change of heart. Nick feels she got caught up, and loves her honesty. 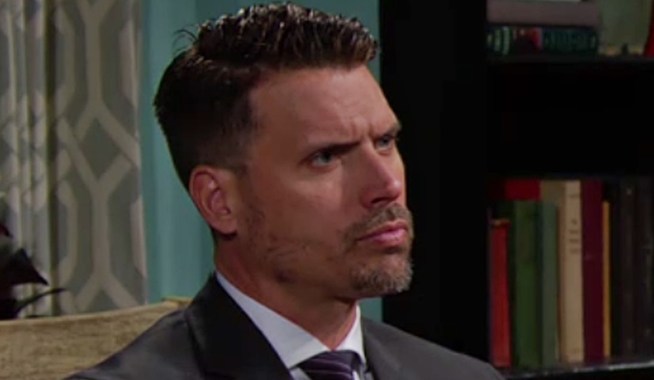 Someone Spies on Victoria and Nikki 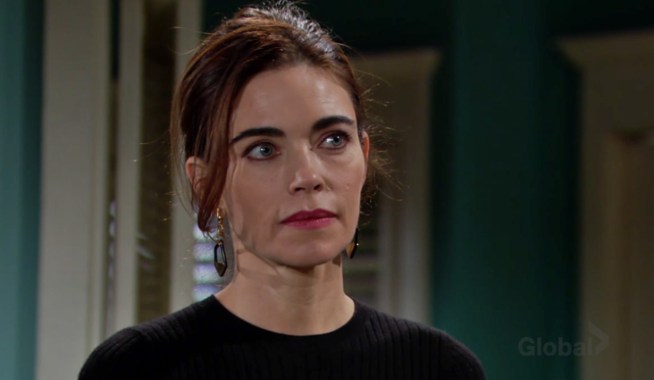