Arturo Cozies up to Mia While Fixing Her Furnace

Thursday January 10, 2019: Lola takes Kyle on a date, Traci and Mac attend Reed's memorial for JT, and Nikki breaks down. 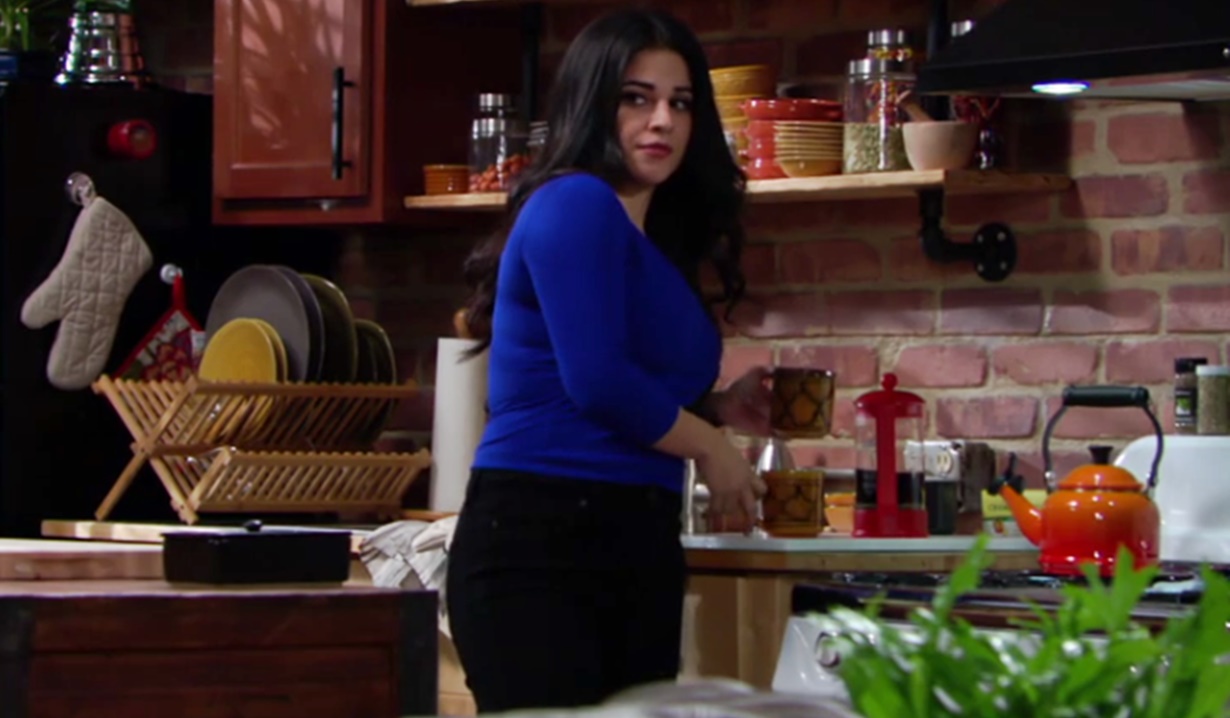 At Victoria’s house, she, Reed and Billy set up for JT’s memorial. Nikki arrives and Reed is dispatched to get herbal tea. When Billy steps outside, Victoria questions Nikki attending; she’s been through enough. Nikki can’t abandon Reed – she’s the reason he’s going through this; it’s a start to making amends. Billy reappears as Charlie, Mattie, and Cane arrive. Mattie talks to Billy about Lily. He’d like to go see her. Sharon arrives, and meanwhile, Victoria asks Cane why he felt the need to come – it’s difficult enough. Billy interrupts so Victoria joins Sharon.

At home, Phyllis doesn’t plan to attend JT’s memorial – he was a horrible person and she can’t understand how Victoria’s doing this. Nick points out he’s going for Reed, who lost his father. Phyllis feels Reed won’t miss her, and she shouldn’t be around Victoria because she might haul off and slap her right back. Nick mentions Nikki’s going and Phyllis muses that will be stressful. She decides to come after all.

At the Abbott house, Kyle and Traci discuss the memorial. She hopes it will be about more than JT’s troublesome ending – many people cared about him. Kyle reveals Lola invited him to the Club and they’re in love. Traci beams – he looks so happy. She enthuses that he’s making memories that will last forever.

In the apartment, Mia finishes Lola’s make up. Lola declares it perfect and Rey declares her a beautiful, elegant woman. Lola explains she’s taking Kyle on a date – tonight she’ll show him how special he is. After, Rey thinks Kyle won’t last long, but Mia disagrees – Lola’s in love. Rey gets called for a drug bust and says he’ll call Sharon about the broken furnace. Mia pushes him to go; she’ll take care of it.

At Dark Horse, Abby declines Arturo’s invitation to his place; she’s going to JT’s memorial. Arturo’s surprised, given her father’s been arrested for his murder. Abby concedes it will be uncomfortable. After Abby leaves, Mia calls Arturo to fix her furnace.

Traci arrives at Victoria’s house and is greeted by Billy and Reed. She tells the teen he reminds her of the best parts of his father. Reed thinks it’s nice of her to say JT had good parts. Traci embraces him. Next, Mackenzie arrives. Reed says it wouldn’t be the same without her there. Mac knows it’s hard to make peace with JT’s 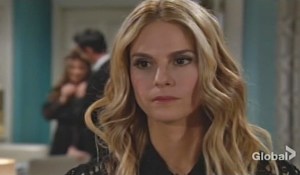 death when there are still so many questions. Elsewhere, Sharon watches as Abby and Nikki hug over Victor. Nick and Phyllis arrive. Phyllis pulls Victoria aside to complain about Nikki being under too much pressure – they have to get her out of there. Vikki will only be throwing out Phyllis. Nikki and Sharon join them, and Nikki can’t promise the truth won’t come out. Phyllis asks, “What does that mean?” After, Mac spots Nick with Phyllis and Cane updates her on Billy and Phyllis’ split. Mac watches Billy with Victoria and looks thoughtful…so does Phyllis. She takes him aside to ask if they’re getting back together. 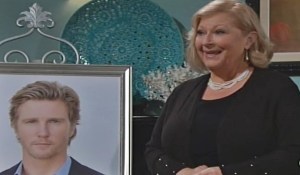 Sharon takes a call from Rey who needs help with a child at the station and leaves. Reed begins, and asks to hear good memories of his dad. Traci goes first, she recalls JT’s love for Colleen, his musical talent, and hopes he’s with her daughter now and has put the darkness behind him. Reed talks about JT and gets choked up recalling when they played guitar together and sobs over missing him. Mac steps forward to say that’s the man she will remember. Nikki cries, “Oh Reed, I’m so sorry.” Phyllis jumps up – she has something to say about JT that needs to be heard.

At the Club, Kyle, stunned, tells Lola she looks amazing. 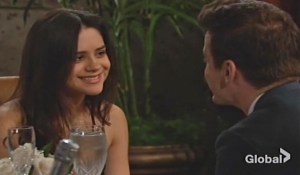 She returns the sentiment and reveals she’s living out a romantic fantasy. They kiss, slow dance, and laughingly talk about the assumptions they made about one another initially. Kyle remarks that they skipped all the drama and angst – being with her is so damn easy. He had no clue this was possible and realizes it’s how it’s supposed to be when you’re in love. Lola thanks him for being so great about waiting for sex. Kyle reassures her, but looks disappointed.

Arturo arrives at Rey’s apartment and declares Mia’s furnace has had it. She wonders what to do – it’s freezing. Arturo advises that she’s resourceful, she’ll figure something out. Later, Mia’s shaking beneath a comforter when Arturo returns with news his buddy can bring a unit by after work. Mia convinces him to join her under the comforter to wait. They get close looking at photos of Lola. Mia reflects on Rey’s absence – for some reason tonight it’s getting to her.

Sharon ends up in a compromising position.