Tuesday January 8, 2019: Devon gets angry at Ana, Lola has a crisis of confidence, and Billy reassures Reed. 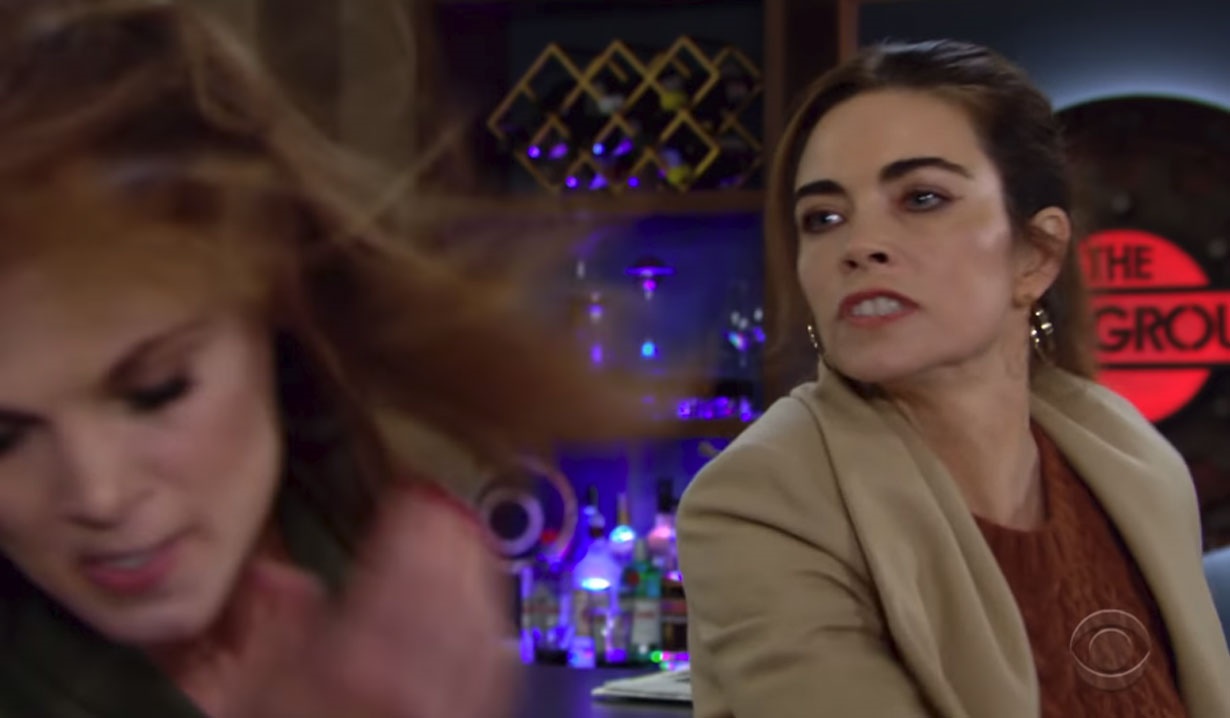 Billy arrives at Victoria’s house, where she frets about the memorial for JT – it shouldn’t be happening in this house where it all ended. She quickly adds, “The relationship, I mean.” Billy suggests she tell Reed he has to cancel the memorial. Victoria promises she can handle it – she has to. Later, Reed tells Billy he knows JT’s memorial is bothering his mother. Billy notes their relationship was complex. Reed wants him to be straight – should he call the whole thing off? Billy promises his mother knows what it means to him and is completely on board – he hopes they both get closure.

At home, Phyllis finds Nick worrying about his parents. He thinks Victor may be telling the truth. Phyllis feels if he keeps down this path, he’ll regret it. She reminds him that he worked hard to get out from under Victor’s shadow and has thrived ever since. Phyllis recalls every time he hopes for a new beginning with his father it ends in pain. She urges him to just walk away. Later, Victoria arrives to tell them about the memorial. Nick says they’ll be there, and Phyllis muses it must be tough for Reed thinking his grandfather murdered his father. 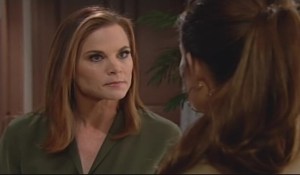 Victoria snarls at her for ‘spewing that garbage’. Nick informs Victoria he has doubts about Victor’s innocence himself. Nick leaves, and Victoria confronts Phyllis for trying to convince Nick their father is a killer; she thinks it’s about revenge. Phyllis snaps, “You’re damn right it is.” She’s been looking for payback for years, and the longer Victor suffers, the better! Victoria reminds her Nikki is walking an emotional fine line; she had to stop her from confessing. Phyllis feels if Nikki confesses, she’s an idiot, then calls Victoria out for always defending her father. He’s as vile as JT ever was and deserves everything he gets. Victoria slaps Phyllis, who is undaunted – she will say whatever she likes about that man. Victoria warns Phyllis about fanning the flames. Phyllis counters, “Don’t you threaten me.” Victoria says she just did, and stalks out.

At Rey’s place, he, Kyle, and Mia are set to be taste-testers for Lola’s restaurant recipes. She pleads for honest feedback. Mia assures her she won’t hold back. That’s why Lola’s there. As Lola cooks, Mia presses Kyle to take Rey to a hockey game. Kyle’s all for it. He joins his girlfriend in the kitchen to canoodle and boost her confidence. Rey booms, “Kyle, no customers in the kitchen.” After the first course, Mia declares it was all cooked to perfection, but it was rather traditional. Lola admits she played it safe. Kyle tells her the things that make her food special and unique were missing. Lola, upset, decide she’s in over her head. Kyle delivers a pep talk, but Lola’s convinced she can’t do this. Upon a look from Rey, Kyle tries again. He reminds Lola that Abby and Devon hired her for her unique dishes – she shouldn’t second guess herself. Rey chimes in that she’s got what it takes and Mia’s envious of what she can do. Lola heads back into the kitchen. Her next effort gets full approval. Mia drags Rey out for a walk. Lola thanks Kyle for reminding her of her strength and they kiss.

In Devon’s penthouse, Ana finds her brother and Fen listening to a track of Fen’s song. 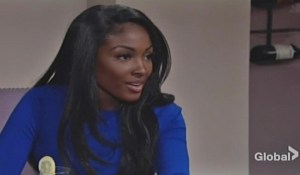 Ana informs Devon she wasn’t feeling it – he’s got the production all wrong. They bicker about whether the song was intended to be a pop song until Devon decides the discussion is over. After, he apologizes if he made Ana feel her opinions were being dismissed. He goes upstairs to take a call and Ana asks Fen to get her a copy of the final mix so she can change Devon’s mind. Fen balks – he doesn’t want to mess things up with Devon. Ana presses him to forward her the file. Fen does it. She beams. “You won’t regret this.” Fen sighs.

At Crimson Lights, Fen listens to Ana’s new mix of the song and he raves that her version is way better than Devon’s – she improved it radically. He urges her to come clean to Devon, but Ana wants to keep her song writing to herself, though she’d like to be more involved in production.

Back at the penthouse, Devon listens to Ana’s version of the song and is offended at the lack of respect of them going behind his back. Ana takes responsibility, so Devon asks Fen to leave. Fen reminds Devon that music means as much to Ana as it does to him, and she’s got plenty of talent. Once alone, Devon confronts Ana for taking advantage of him. Ana was only trying to help. Devon thinks she was trying to help herself – moving forward she should have nothing to do with the LP. Ana can’t believe he’s serious. Devon needs to run his life and business without her interference.

Cane receives a message from Lily.

Nikki Confesses to Victor, She Knows...