Cane Confesses His Kiss to Jill, Who Warns Him Not to Tell Lily 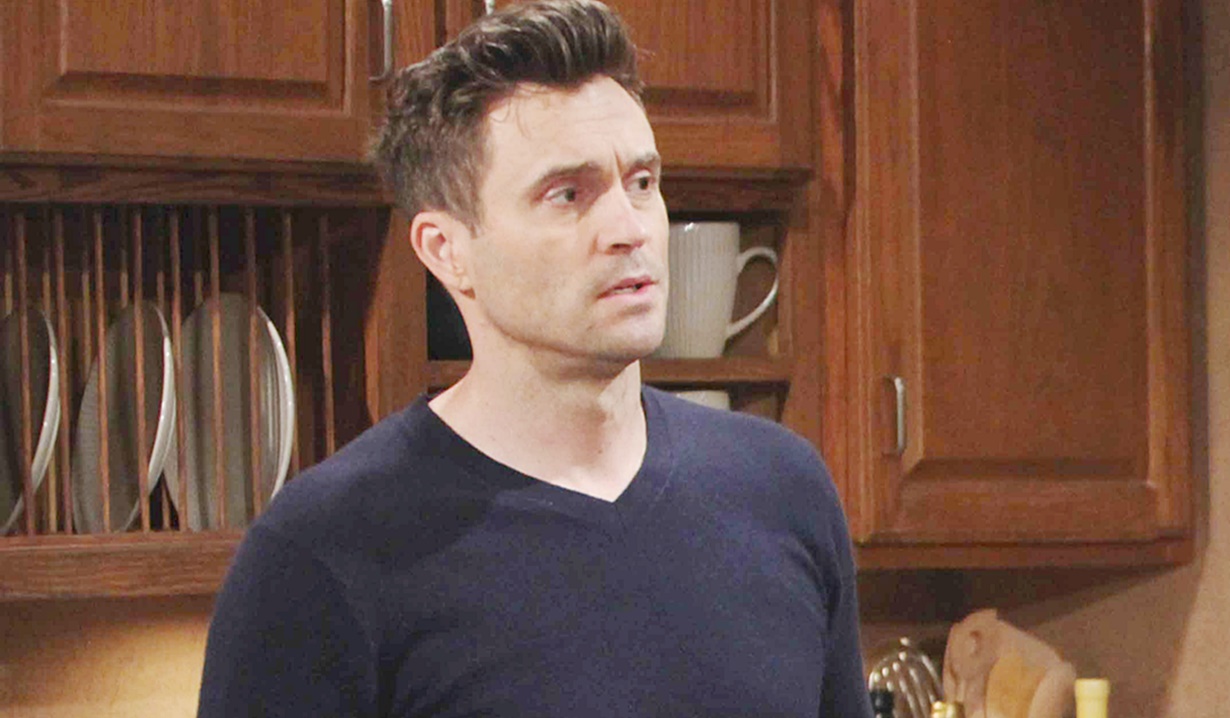 Jack and Kerry arrive back at the Abbott house from Bora Bora. They kiss and canoodle until Billy appears. Jack shows off photos from their trip and gifts Billy with a straw beach hat. Kerry steps out to make calls and Billy notes how fast Jack’s new relationship’s moving. Jack’s very happy. Billy updates his brother on the Newmans’ troubles. Jack won’t lose sleep about Victor, but is concerned about Nikki. Billy relays he’s been helping Victoria and they kissed. He’s crazy about her. Jack advises that Billy must be certain it’s what he really wants before committing, and suggests making a gesture to show her what she means to him. This gives Billy an idea.

At the hospital, Victoria tells Nikki she cannot confess to the police and reminds her they don’t have JT’s body and can’t convict Victor. He will fight this with everything he has and survive it. She can’t say the same for Nikki, who would never fully recover in prison. Nikki promises to wait and see what happens. After, Victoria meets with her therapist, who wonders why she feels responsible for her father’s arrest. 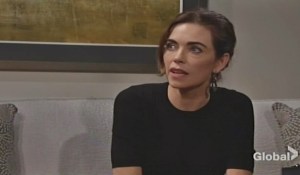 Vikki explains if she hadn’t brought JT back into her life, none of this would be happening – everyone is suffering because of her bad choice. The therapist asks how she’s managing her anxiety. Vikki reveals she kissed two men in one day and is going out of her mind. One was her ex-husband the other a man she worked with who was a liar and cheater. She denies an underlying attraction. The therapist wonders if she’ll reunite with Billy. Victoria says he makes her happy, but questions how she can say that then kiss a man she loathes. They discuss Billy’s issues. Victoria believes he’s changed, but questions if she can trust her instincts. The therapist recommends an honest conversation with Billy before moving forward. Meanwhile, Nate checks on Nikki, who wants to go home. Nate wants her vitals to be stronger first. After, Nikki demands a nurse bring her the paperwork to sign herself out. Once dressed, she phones and adds her name to Victor’s visitors list.

At the Ashby house, Jill senses Cane is a million miles away. He confides he feels he’s letting Lily down. Jill urges him to confide in her since she’s seen and done it all. 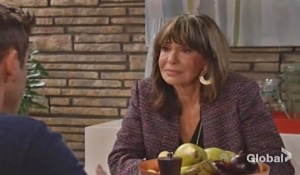 Cane admits he kissed another woman. Jill demands, “Who is she?” Cane replies it doesn’t matter – she’s the last woman he’d want to have female companionship with. Jill thinks his anger swept him away. Cane is consumed with guilt and decides he’ll tell Lily the truth. Jill worries the kiss meant more than he’s admitting, but Cane denies it. Jill advises him never to breathe a word of it to Lily. Cane questions this, but Jill points out Lily will be in prison wondering what he’s doing and who he’s doing it with – he must not undermine her and be the man she needs him to be. Jill advises he stay away from the woman he kissed, who sounds like trouble.

Jack’s surprised to see Jill at the Abbott house, as Billy neglected to mention she was in town. Jill relays she and Colin are on a break; it’s a messy situation. Jack’s sorry to hear it. Jill asks if he’s heard from Ashley. Jack replies, “Radio silence.” They discuss him being an official Abbott again, 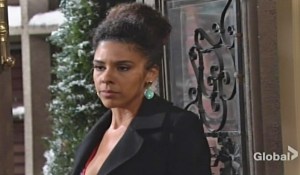 and agree not to mention Kyle’s grave-digging again. Jill hugs Jack and tells him John would be proud of him as Kerry reappears. She’s taken aback at the scene. Jack introduces the women, and explains Jill was married to his father, and is Billy’s mother. Kerry’s glad she’s not another ex-wife. Jill grimaces, and Jack confesses they weren’t always platonic. As he flounders over them having more than one dalliance, Jill jumps in to assure Kerry they’re just friends. Kerry shrugs it off, but looks unsettled as she leaves.

At Victoria’s place, she tells Billy she has strong feelings for him, but she’s worried about history repeating itself. Victoria doesn’t want to try again, fail, and break the kids’ hearts. Billy thinks the time they’ve spent together feels right. He pulls out the straw hat and recalls Jamaica; he remembers why he asked her to be his wife. He’s not proposing, but feels those same things now. Victoria warns they can’t go back, but Billy wants to have a new beginning. He moves in for a kiss, but Victoria pulls back. “We can’t, Billy. Not yet.” They can go very slow.

At the Club bar, Nate talks to Cane about Victor’s plan to run with Nikki, and Cane recalls wanting to take Lily and the kids to Australia – what kind of life is this without her?

Sharon finds herself in a compromising position.

Nikki Confesses to Victor, She Knows...