Reed & Charlie Confess to Nikki About the Hit-and-run 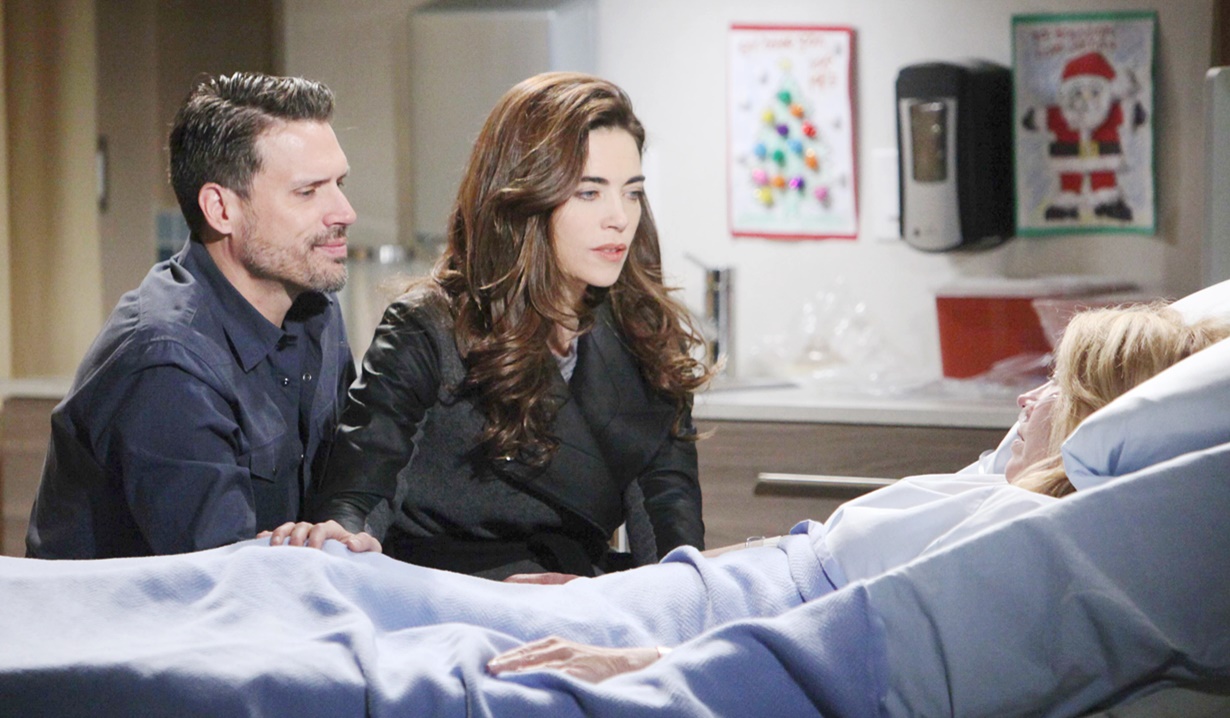 At the hospital, Victoria and Nick are encouraged by Nikki’s progress. They discuss Victor, and Nikki learns he’s been charged with JT’s murder. She rants about Rosales harassing Victor when he could be finding the real ranch arsonist or the person who hit her. Nick promises to help his dad, if she’ll focus on getting well. He exits, and Nikki presses Victoria to follow him.

At the station, Nick and Victoria meet with Victor about getting him out. He feels Christine doesn’t have enough to convict him and anticipates charges being dropped. Nick argues that it looks 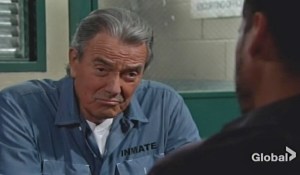 bad and they have to counter the narrative. Victor’s skeptical about them being on the same team. Victoria assures Victor he can count on her. Victor then speaks to Nick alone and asks if he killed JT Hellstrom. Nick doesn’t think his father could be serious, but Victor muses he impersonated JT and hacked into the system knowing he was already dead. He mentions the ranch fire and Nick says he’d never put mom through that. Vic believes him. He wants Nick to find out who set the fire. Nick’s on it.

At the Ashby house, Cane tells Jill the holidays were a kick in the teeth without Lily. Jill reveals she and Colin are on a break. Cane sighs – he can’t believe his father’s stupid enough to let her go. 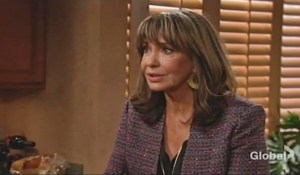 Jill admits that he can be infuriating, and she needs someone who can be reliable and rock solid. When Jill reflects that Lily got the full package with Cane, he muses that he may be more like his father than he thought. Jill questions him. Cane feels he’s falling short, and Lily deserves better as far as being a husband goes. Jill disagrees – he’s doing his best. She warns the kids will make mistakes too, and he needs to set the example for how to handle them.

At Victoria’s house, Reed and Billy discuss Victor’s arrest. Billy assumes he’s avoiding his mother because he doesn’t want to hear her defend Victor. Reed hopes he’s not guilty, but it looks bad. Billy notes Victor came back to town because of Reed hitting Nikki. They commiserate about feeling guilty as Billy reflects on leaving Delia in the car alone. He urges Reed to talk to his mother; there’s nothing that could make her turn her back on him. As for Victor, they should wait for facts to come out. When Victoria returns, Billy updates her on his talk with Reed. She thanks him, and he brings up their kiss and hug. Victoria thinks their timing is horrible. 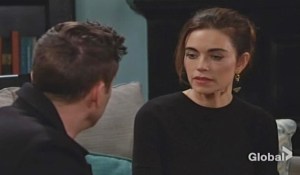 Billy assures her he’s not on the rebound. They agree to take time to think about it. Later, Cane stops by and Victoria’s free to talk unless it’s about their kiss. Cane says there was no kiss. They discuss whether Reed and Charlie should confess. Cane thinks Nikki has a right to know, and Victoria agrees – it might help them to forgive themselves. Reed enters. Victoria tells him to shower, they’re going to see his grandmother.

At the Abbott mansion, Jill assures Billy she’s better than ever – new year, new beginnings. Billy’s thinking along the same lines. He updates her on working well with Phyllis, who has moved on with Nick. Jill immediately asks about Victoria. Billy fills her in on their holidays, and Jill moons about him being a family man – he’s John Abbott’s son, it’s in his DNA. She advises him not to let Victoria get away again.

At the hospital, Nikki’s surprised to see Cane, who is followed by Victoria, Reed, and Charlie. The boys tell Nikki the story of the hit-and-run from the beginning and apologize for not going back. Vikki and Cane chime in they only found out a few days ago, and explain the boys will accept whatever consequences Nikki deems appropriate. Nikki has her own confession – she was drunk the night of the accident and stepped off the curb without looking; it wasn’t their fault. Nikki and the boys forgive one another. Nikki decides Cane and Victoria should discipline the boys without involving the police. Victoria embraces Reed; Cane will take the boys home. After, Victoria tells Nikki she’ll extend Reed’s driving ban for a year. Nikki felt for Reed and Charlie – they know the horrible toll keeping a secret can take. Nikki announces it’s time for her to confess to killing JT.

At home, Charlie tells Cane he understands now why his mom confessed. Cane informs him he can keep his driver’s license but can’t use it for the rest of the school year, and he’s under curfew.

At the end of this episode, Scha Jani was memorialized. Jani was a technical crew member of B&B and Y&R who passed on.

Cane Confesses His Kiss to Jill, Who...