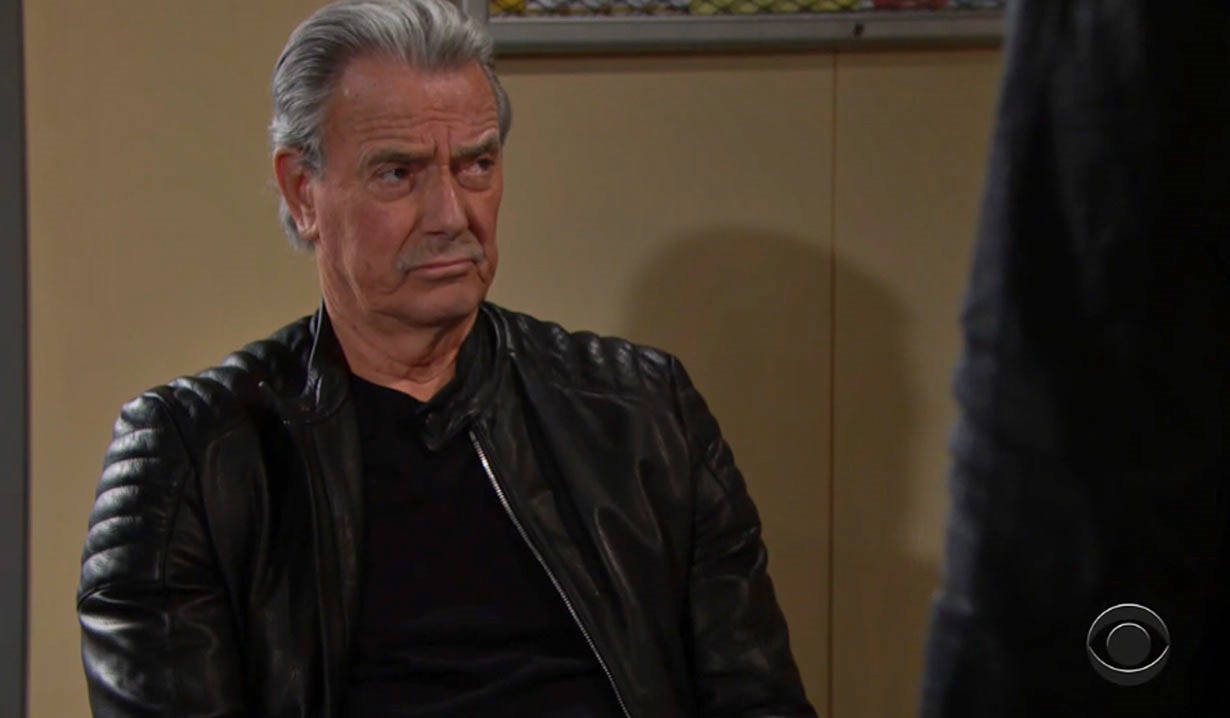 At Victoria’s house, she leaves Reed a voicemail. Billy arrives. Vikki updates him that she needs to find Reed before he does something stupid, and reveals his confession.

At the GCPD, Nate, Nick, and Victor each stew in separate holding cells. Elsewhere, Rey tells Christine, “We’re ready.” Chris worries about the risks involved. Rey thinks it’s worthwhile. Nate, Nick, and Victor are brought before them. Victor wants to be booked or released. Chris points out they can hold suspects for 72 hours without charges. Victor bellows, “Where’s my wife?” Rey insists she’s getting the care she needs and advises what they did is legally classified as kidnapping. Victor mocks him. Rey pulls Nate into the interrogation room and tries to intimidate him. Nate argues he was caring for his patient, and knows Rey’s using him as a pawn to get information on Victor, 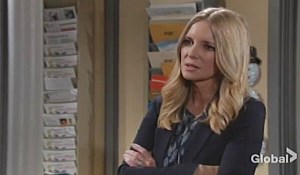 but in doing so is keeping him from caring for Nikki, and thus victimizing her. Meanwhile, Christine has Nick and Victor escorted back to their cells as Victoria arrives. Chris won’t answer her questions. Rey emerges and Victoria demands to know where her mother is. Rey explains she’s under medical care and asks what she’s doing there. She thought Reed may have come there with questions about his grandmother. After, Chris impresses upon Nate the seriousness of his situation, but he’s only concerned about his patient. Chris decides he should see Nikki, and they leave. Rey then interviews Nick, who cuts to the chase – he knows what this is about and won’t help him.

Cane comes to, bleary-eyed, in the penthouse and accepts a coffee from Devon, who assures him he’s not dead, but passed out before midnight. Cane explains he had to try and forget for one night. Devon assures him that Lily will get out and they’ll resume their lives. Cane says it’s like she’s a different person. Devon reminds him she’ll always be in his life.

At the hospital, Nikki calls for a nurse and a police officer appears. She learns Rey Rosales had her phone taken away. Victoria arrives and is told Nikki can’t have visitors, she’s in protective custody. Victoria hollers past the guard to Nikki, letting her know Nick and Victor are at the station. 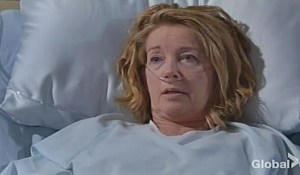 Later, Nate checks on Nikki as Christine watches. He lets Nikki know he’s facing kidnapping charges and she says that’s ridiculous. Chris is left alone with Nikki, who informs her a kidnapping never happened – she begged Victor to get her out, and left of her own free will. She knows Chris and the police want to pin JT’s death on Victor, so she insisted they leave the country. Christine finds it unbelievable this was Nikki’s idea. Nikki challenges her to put her in front of a judge, and threatens to sue for wrongful prosecution. Christine emerges, and Devon confronts her about Nate’s arrest. Chris won’t press charges – he got lucky.

Back at home, Victoria updates Billy as to what’s happening. Billy thinks Nick and Victor can handle themselves. Vikki worries about Reed and explains how he came to be driving Charlie’s car. She worries that it was a felony hit-and-run and telling Rey would end Reed’s life as he knows it. Billy can’t understand how she’s justifying this, given what he went through with Delia. Vikki argues it’s different; she doesn’t want Reed in jail. She needs to talk to Cane. Billy assures her he’s on her side.

At the Ashby house, Cane concedes to Victoria that he knew Charlie’s girlfriend dumped him and he had a couple of beers. Victoria reveals the kids were responsible for her mother’s hit-and-run. 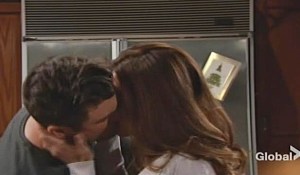 Cane’s upset that she’s trying to pin it on his family. Victoria counters that Charlie wanted to cover it up and blurts, “He’s just like you, Cane.” They continue arguing and exchanging insults. Victoria rails about how many people Cane’s nearly taken down with him and sneers about his decent wife deserving so much better than him. Cane goes off about the men coming and going from Victoria’s life. He calls her cold, empty and lonely. They both stop, look at each other, then kiss frantically.

At the police station, Christine and Rey confer and he concedes they’ve nothing to charge Victor with kidnapping, but he wants to book him for JT’s murder. Chris argues they don’t have enough, but Rey feels it’s time to act. Rey sends Nick packing, then he and Chris join Victor and inform him he’s being charged with the murder of JT Hellstrom.

Kyle wants another chance with Lola.

Changes to SAG-AFTRA Health Plan Spark Outrage: ‘It Stinks of Dishonesty and Cronyism’