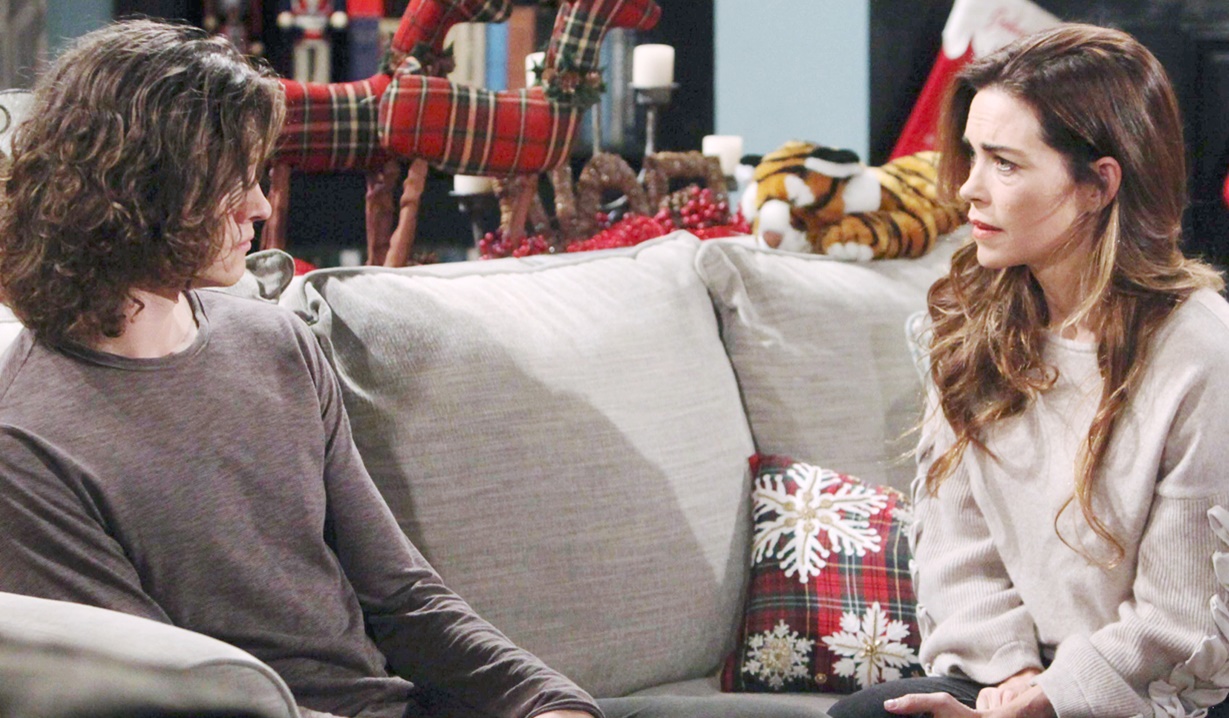 At Devon’s penthouse, Devon tells Ana she’s a miracle worker – the New Year’s Eve party decorations look amazing. He plans to say goodbye to this terrible year the best way he knows how. They toast to better times ahead and hug. Abby, Arturo, Lola, Fenmore, and Cane arrive. Fen tells Ana she looks great. She returns the compliment. Cane orders a scotch and asks the bartender to keep them coming. Devon joins him and advises him to take it easy. Nearby, Lola is getting texts from Kyle and tells Abby, Arturo, Ana, and Fen they broke up. Fen offers his shoulder to cry on. She accepts. Ana and Abby decide Lola needs a nudge back toward Kyle…maybe around midnight. By the bar, Devon asks Cane about Lily. He says she’s looking forward to the holidays being over and doesn’t know how he’s going to manage. Meanwhile, Kyle arrives and Lola glares at him. She asks if he crashed the party, but he says Abby invited him last minute and he welcomed the chance to see her. Across the room, Devon’s irritated when Ana informs him the songwriter won’t meet with him. Cane asks about Nate. Ana presumes he had an emergency.

Nikki’s ambulance stops and Nick tells Nate they’re at a private airstrip – one his dad has used before. Nick phones Victoria to update her but George snatches his phone and pulls a gun on them. George takes a call from Victor and declares they have to get Mrs. Newman into the building. Once they’re inside, Victor appears. Arguing ensues about whether he’s endangering Nikki’s life. Victor wants to take her somewhere to recover 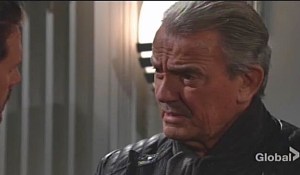 and advises Nick to say goodbye – he may not see either one of them for quite some time. Nick questions if Nikki wants this, and she awakens and tells him to listen to his father. Nate examines her while Nick asks if Victor’s hiding because he’s guilty – did he kill JT? Victor scoffs about him believing his father’s capable of murder and plans to clear his name. George reports the jet is ready, so Nick and Nikki say goodbye. Victor informs Nate he’ll be coming with them. Nate resists, but Victor strongarms him into accepting…for Nikki’s sake. Once alone with Nick, Victor hopes they’ll all be reunited soon. Nick shakes his hand and says, “You take care of her.” Victor replies, “You know I will.”

At home, Victoria tells Phyllis the line went dead on Nick’s call. She worries something terrible has happened, but Phyllis doesn’t want to go there. Vikki feels they should warn Sharon, and they decide to keep one another company, but won’t be sharing resolutions or braiding one another’s hair. Victoria has champagne and will crack that bad boy open. Phyllis fishes to find out if Victoria had plans with Billy, but learns he’s hanging out with Traci and Dina. Over champagne and popcorn, Phyllis keeps probing – are Victoria and Billy friends with benefits? Victoria wonders why she’s so interested…if she’s not interested. They talk about Phyllis and Nick and ‘going back’. Vikki notes reuniting with JT was the biggest mistake of her life; she’s leery of going backward. Down to the last swallow of champagne, Victoria toasts Phyllis for helping distract from her problems tonight, then continues worrying about Nikki. Phyllis is hugging her when Reed arrives. Phyllis goes, and Victoria tells Reed that Nikki went missing – the person who hit her may have taken her. Reed blurts, “No!” He admits he was driving the car. 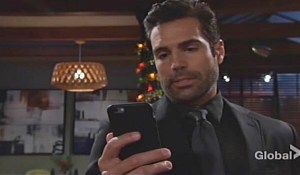 She asks about Nikki, but he hasn’t found her. Rey says the force is searching for her, and announces he’s taking the night off to ring in the New Year with his wife at a fancy hotel. They get dressed up and take selfies as Rey’s phone sounds repeatedly. She urges him to look at his texts. Rey does, and exclaims; this may blow the case wide open. He’s learned Nick made a call from a private airstrip; his team’s headed there now. Mia insists he join his team.

On the aircraft, Victor assures Nate he’ll look after him and Nikki thanks him. As they prepare to leave, the police arrive, sirens blaring, and the pilot aborts takeoff. Nikki panics as Rey boards and arrests Victor.

At Devon’s place, everyone begins the countdown. Abby kisses Arturo, Ana hugs Devon, and Kyle cringes as Lola kisses Fen. Cane’s passed out on the sofa, and Devon goes to look out the window.

Changes to SAG-AFTRA Health Plan Spark Outrage: ‘It Stinks of Dishonesty and Cronyism’