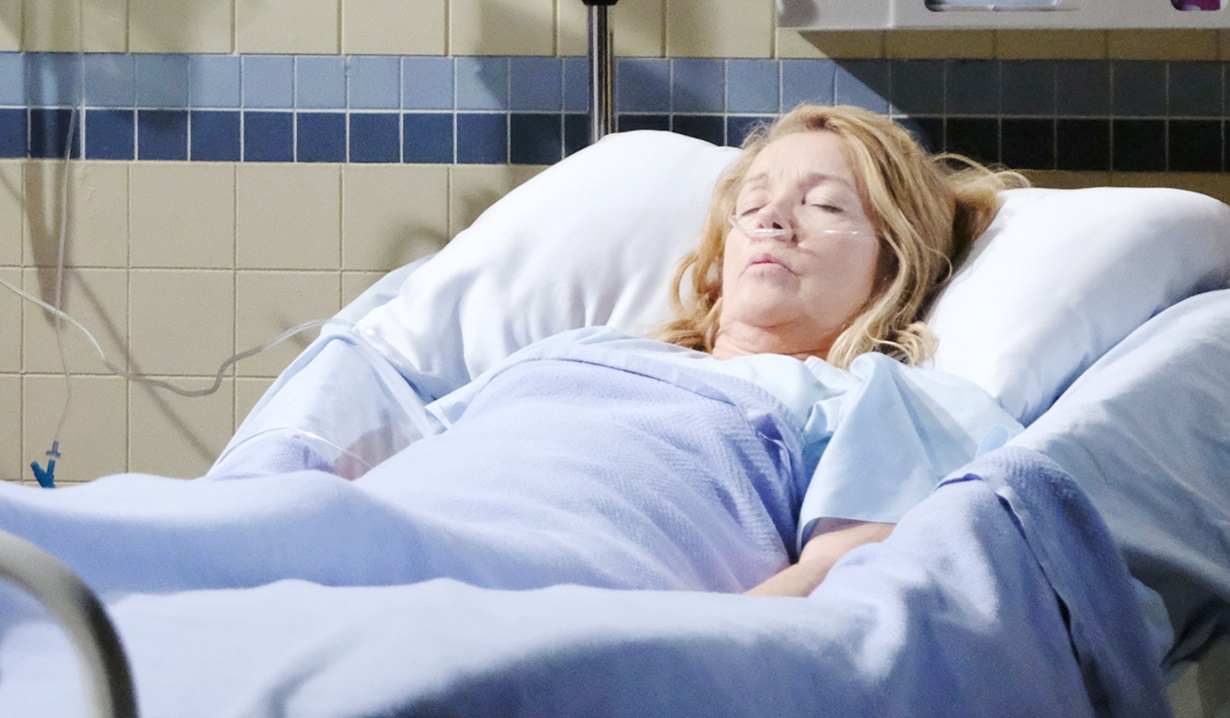 At the hospital, Nick and Victoria puzzle over Nikki’s disappearance. Phyllis learns she wasn’t sent for tests. Nick calls the police to report a missing person. Rey arrives with an officer and vows to find out what’s happened. Nick rants about his promises falling short. They debate whether it was a kidnapping. Rey intends to get to the bottom of this and Nick announces he’ll put Newman’s security team on this. Rey walks around the corner and calls someone to have Nick tracked. Victoria tries to call Nate, but it goes to voicemail.

In an ambulance, Nikki’s unconscious and hooked up to an IV. Nate ignores Victoria’s call and checks on Nikki. He complains to the driver, George, that his patient is getting weaker and asks him to turn on the sirens so they can reach their destination sooner. The driver balks, but Nate insists. Nikki comes to and Nate explains that her husband is having her moved someplace safe. Nikki muses that Victor did really come to visit her. 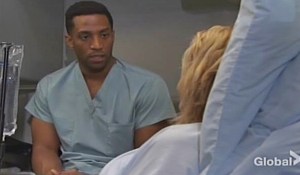 She recalls hearing his voice. Nate confirms Victor was there, and goes on about familiar sounds stimulating patients’ circuits. Nikki thinks it’s a fancy way of saying Victor brought her back from her coma. She tells Nate he’s done the right thing, before they debate whether there is such a thing as miracles. Nate’s doubtful since the love of his life passed away and he couldn’t save her. Nikki’s so sorry. Nate explains Victor believed that once they were together, Nikki would have the strength to heal completely. When he mentions the accusations against Victor, Nikki protests that he’s being framed, becomes agitated, and passes out. Nate demands the driver turn around to get the drugs Nikki needs before she dies.

In the hospital waiting area, Nick makes calls to get people looking for Nikki, after which Phyllis wonders about Victor’s absence. Victoria worries he’s in trouble, but Nick feels it’s a self-imposed exile. 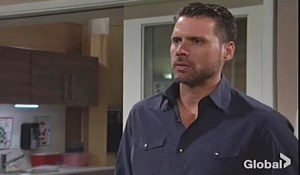 He figures that Nikki was targeted by an enemy of Victor’s, and his sister is tired of the dad-bashing. She goes to call home, and Nick asks Phyllis to go home – he needs to look after this alone. Later, Victoria tells Phyllis that she thinks they’re hampering this investigation and need to come clean – Nikki’s been taken captive and might die. Phyllis balks, but Victoria barks, “Stop it, we’re confessing everything. Tonight.”

At the station, Nick wants an update from Rey and announces he’s staying until there’s something to report. Rey gives him a coffee and surprises him by asking him to pitch in by checking the hospital visitors log for red flags. They make amends as Nick admits his anger has been more out of fear than his feelings about Rey. Rey’s computer sounds – he has something that might be the key to finding Nikki. As they wait on an upload, 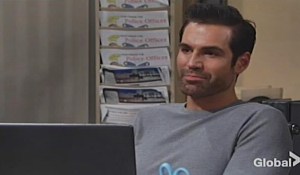 Rey muses that they’re not all that different and they commiserate over having fathers who disappointed them, though there’s always some love there. Nick then worries Rey’s trying to use the moment to find out something about Victor, but Rey denies it. When the hospital video footage comes in, they see someone posing as an orderly turn off Nikki’s machine and wheel her out. Rey intones, “That’s our kidnapper.” Rey notices the person knew how to avoid cameras, so must be someone on staff. He’ll send it to his team to enhance. Nick thanks him, and Rey says he believes they’ll find her.

At the hospital, Phyllis and Victoria continue to argue about whether or not to confess. Phyllis questions if Nikki would want that after all she’s been through and insists it won’t work – Rey will think Victoria’s trying to save Victor. Victoria hollers in frustration and Phyllis decides to be blunt – if the kidnapper wanted to kill Nikki, he’d have done it in her room. The person is focused on all of them, so they have to stay united – it’s the only way to nail him. Elsewhere, Nick returns, spots the person from the video footage and unmasks him – it’s Nate. Nate pleads with Nick not to make a scene. Nick threatens to put him in jail. Nate insists he’s protecting his patient, and sneaking her out was not his idea – it was Victor who orchestrated her escape. Nate reveals they’re on their way to Victor, but Nikki’s relapsed – Nick has no choice but to let him go unless he wants to risk his mother’s life.

Nick joins Nate in the ambulance and demands his mother be brought back inside, but the driver won’t allow it; he will carry out his plan as instructed.

Andre 3000 Fans Flood Him With Twitter Love After Young Thug Shades Him On T.I.’s Podcast: He’s A ‘Legend, Period’