Wednesday December 26, 2018: Jack and Dina reminisce, Devon opens up to Nate, and Victor recalls his first Christmas with Nikki. 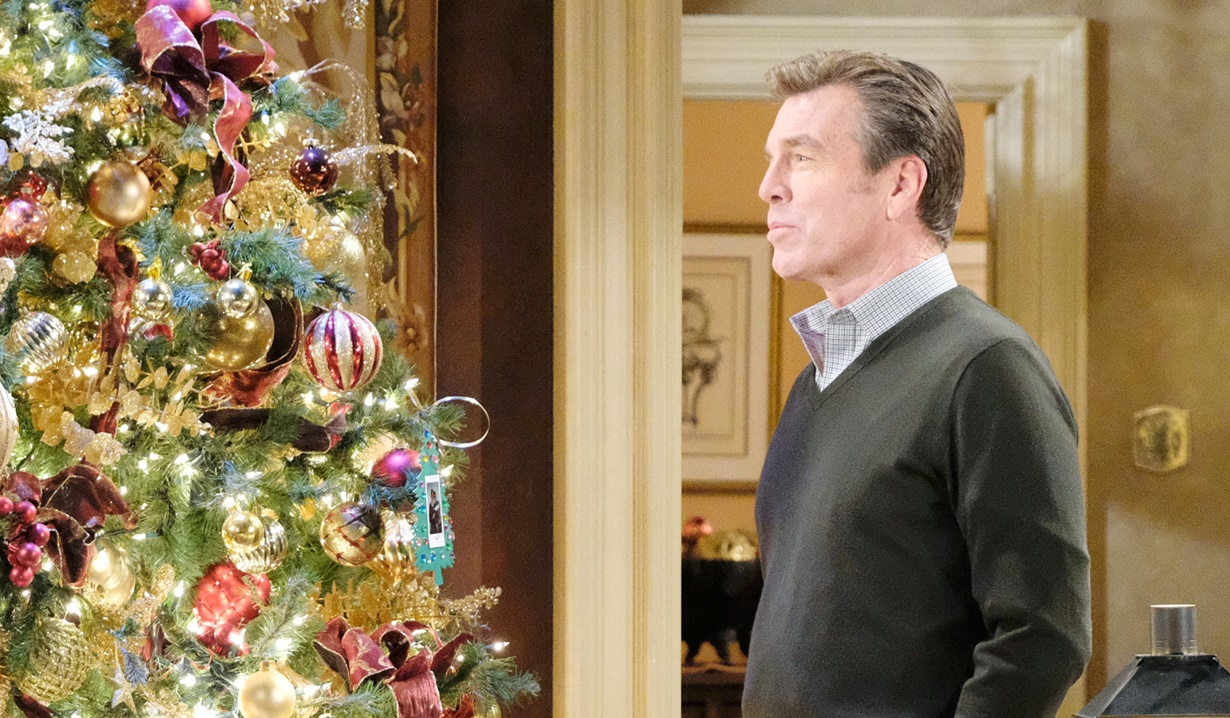 On GC Buzz, Mariah asks her viewers to write in and tell her their favorite holiday moments, and shares that the toy drive will happen every year in honor of the Hilary Foundation. Mariah gets choked up as she reads about the special moments and talks about families who have lost loved ones or who are missing parents. To end, she thanks everyone for being so great today. She wishes the happiness and support could happen all year long, and shares Cassie’s snow globe with viewers – it’s something she touched, which makes it the most precious gift. She urges people to reach out to others and spread the love.

In the penthouse, Devon is melancholy, and Ana takes notice. Nate joins them and they try to interest Devon in food and something to watch on TV, but he warns them he’s not going to forget that Hilary died, or that it’s the first Christmas they won’t be together. He’s glad of their company, however, and he and Ana talk to Nate about their past family history. Devon notes it was complicated. Ana was happy to get a second chance at a family. 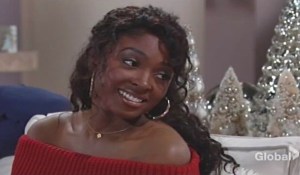 Devon and Ana mention singing together, and Nate asks if she misses it. Devon and Ana recall having Nanaimo bars at Christmas and Ana reflects that she dreamed of this when she knew she had a brother. They decide to cook together. Devon looks at last Christmas’ card from Hilary. Later, Nate talks about growing up with Malcolm married to his mom, and trying to live up to him. He made him feel good about being him – it was the best gift anyone ever gave him. Devon and Nate compare notes on where they’re at with having lost their loves. Devon admits therapy’s been good. He makes Nate laugh recalling Hilary buying a Christmas dress for herself. Nate then shares about Caroline, who was also self-assured. 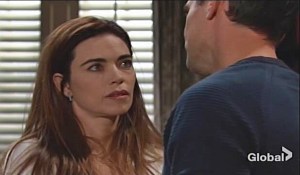 Billy and Victoria watch Katie and Johnny open their gifts and smile. Victoria gets a text and explains there is something she has to do for work. Billy notes she’s acting like her dad; working on Christmas and announces they’re all going skating and sledding. Later, they return for hot chocolate and Katie yells, “Best Christmas ever!” Once alone, Billy and Victoria remember Delia; how she beat cancer, and how much she loved the house and their family. Victoria tells Billy that he gives Reed, and her, something they really need. He won’t get coal in his stocking this year.

In the Abbott living room, Dina stares at the Christmas tree. Jack joins her and points out an ornament he made when he was six years old. He flashes to last year when 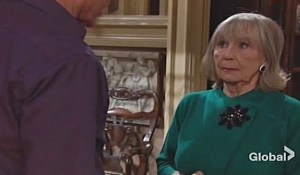 Dina remembered helping him make it, and how she told him to spell Jacky with a ‘y’, not an ‘ie’, before expressing her love. Jack tells her how much it means to him, and Dina asks, “Who are you?” They sit, and Dina recalls being on a beach and wearing a hibiscus in her hair. She bids Jack to cherish his memories, and flashes to a miserable Christmas when Jack was young wishing for the sun. They were planning to look at photos together, but Dina got a call from a friend and was about to leave, but stayed upon seeing Jack’s disappointment. In the present, Jack and Dina embrace. When Dina falls asleep, Jack kisses her and looks at his ornament.

In Nikki’s hospital room, Victor sits at her bedside and places his hand over hers. He tells her he didn’t give a damn about JT, the police, or anything else…he just had to come back to 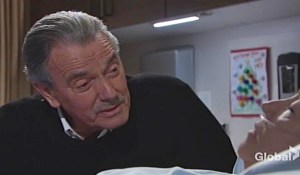 her. Victor recalls how he once made himself his teacher, but she taught him how to love. He flashes to their first Christmas, and tells her it’s a fresh start. Victor holds her hand to his heart, which is beating for her. “Come back to me now.” Once again, Victor recalls their first Christmas when he gifted Nikki with a white fur coat. In the present, he reminds Nikki how strong she is, and implores, “I need you more than ever. I can’t imagine the world without you. Come back to me, Baby.” After more flashing back, Victor kisses Nikki’s hand. Later, Victor lies on the bed next to Nikki and strokes her cheek.