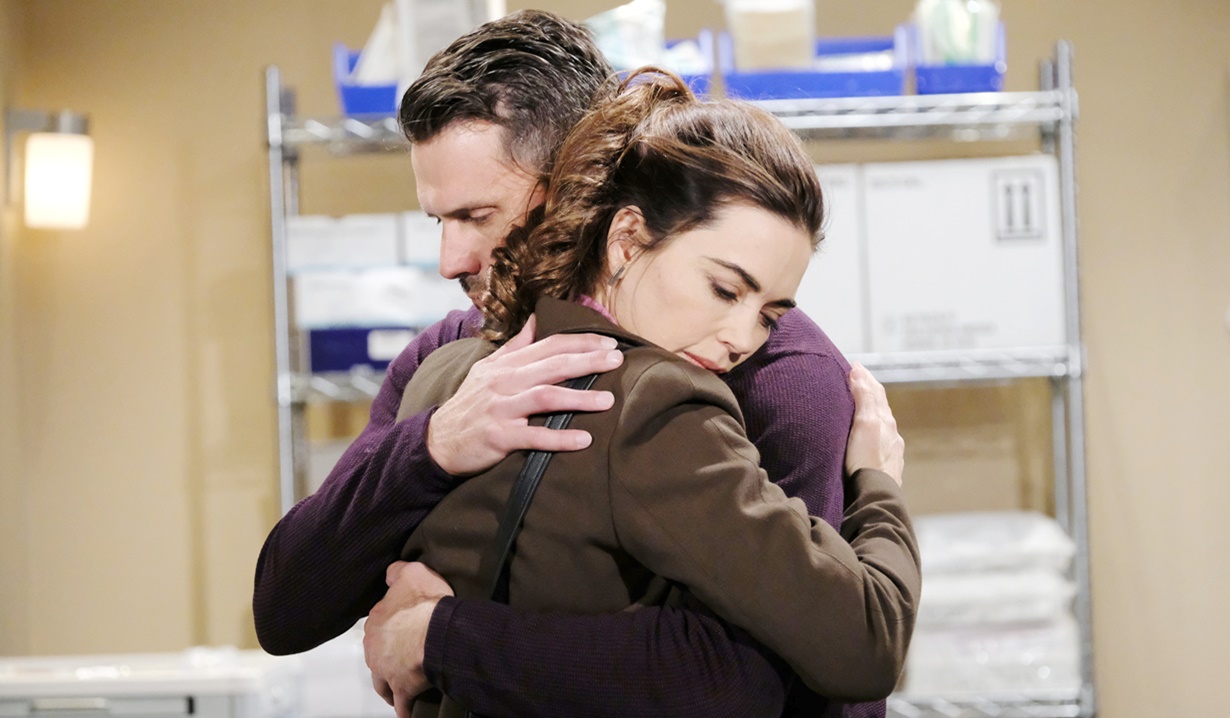 In Nikki’s hospital room, Victoria tells her mother to keep fighting…she’ll keep hoping. Someone enters and Victoria asks, “What are you doing here?” In the waiting area, Phyllis tells Nick that miracles do happen. Noah emerges from Nikki’s room and Nick embraces him.

In bed at home after sex, Mia feels she got her Christmas present from Rey early, and tells him how happy she is to be close to him again. They kiss.

At Crimson Lights, Mariah questions Sharon about getting a gift from her married co-worker. Sharon clucks that she and Rey are friends. Mariah’s skeptical. Sharon takes a call from Faith who wants to stay at Nick’s decorating cookies with Christian. Rey and Mia arrive, and Mia offers to style Mariah. They step aside, and Rey tells Sharon he’s let go of his anger toward his wife. Tessa joins Mariah and Sharon joins them. Mariah wants Tessa there.

At the Abbott house, Jack and Billy celebrate having their issues behind them. Billy notes Jack’s full of holiday spirit and as Kerry appears in a robe. Later, Billy’s gone, and Jack asks Kerry to accompany him to a party at the coffee house. Jack admits he was married to Sharon. Kerry reflects he has many exes, but is on good terms with them. Jack assures her she’s the only woman he wants to be with. 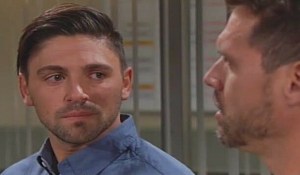 At the hospital, Billy’s joined Victoria and they gather with Nick, Phyllis and Noah in the waiting area. Nick urges his sister to go enjoy some of the holidays. Phyllis goes to sit with Nikki and urges her to channel her anger to wake-up, or think of Victor – she’s can’t prove he’s being framed from a hospital bed. In the corridor, Noah tells Nick that Summer’s staying in Dubai. They speculate about Victor’s absence until Nate appears. Nick asks the doctor to level with them. Nate advises they get the rest of the family there and not wait.

After Sharon greets Jack and Kerry at the coffee house, Mariah complains she’s not making Tessa feel welcome. Billy and Victoria appear, and update Jack on Nikki’s condition. On the patio, Tessa tells Mariah she’s had a text and is going to spend Christmas with Crystal, but Mariah asks to see the text. Tessa admits she’s trying to leave as she’s coming between Mariah and Sharon. Mariah won’t lose her. At the counter, Sharon advises Rey to give Victoria breathing room, and Mia chats up Kerry. Sharon heads to the patio with a peace offering for Tessa – she won’t forgive and forget but promises to be civil so they can co-exist for Mariah’s sake. Mariah and Sharon embrace. 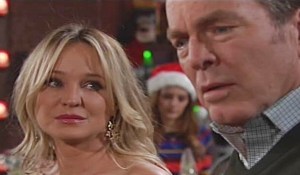 Tessa tells Mariah she’ll stay and they kiss. In a moment alone, Jack tells Billy he’s taking Kerry to Bora Bora. Suddenly, Victoria takes a call from Nick – everyone needs to come to say their goodbyes. Vikki hangs up and confronts Rey for not finding the driver before leaving. Rey vows to find the person and bring them to justice. Sharon and Jack are urged to go to the hospital. Tessa offers to close up. Jack murmurs to Sharon, “It can’t end now…not on Christmas Eve.”

Nick paces at the hospital as Noah bickers with Phyllis about the gravity of Nikki’s condition. Victoria appears with Billy and the kids. Vikki hugs Nick and they agree Dad should be there. Jack and Sharon arrive. Phyllis offers to go get Faith. Rey arrives hoping to get any missing details and Nick seethes. Nate steps away with Rey, and the others pray. Outside the hospital, Mariah reassures Tessa their idea’s a good one. Inside, Reed asks to be alone after visiting Nikki with his mom, Billy, and the kids. He texts Charlie that his grandmother’s dying and he’s going to confess. Meanwhile, Jack sits with Nikki reminiscing and asks her not to go. Next, Nick, Sharon and Noah tell Nikki she’s the heart and soul of this family. Nikki squeezes Noah’s hand. Outside, the others gather with Mariah and Tessa who plays 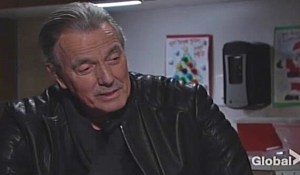 Silent Night as they hold a candlelight vigil. Inside, Nick tells Nate about the hand squeeze. Elsewhere, Reed finds Rey and asks to talk to him about something. Charlie appears and Rey watches as he presses Reed not to make a scene trying to get more information from the detective. By Nikki’s room, Nate tells the family he thinks the hand squeeze was involuntary. They rejoin the others outside. Inside, Nikki’s alone when Victor enters her room, takes her hand, and says, “Merry Christmas, my darling.”

Jack and Dina look back on Abbott Christmases past.