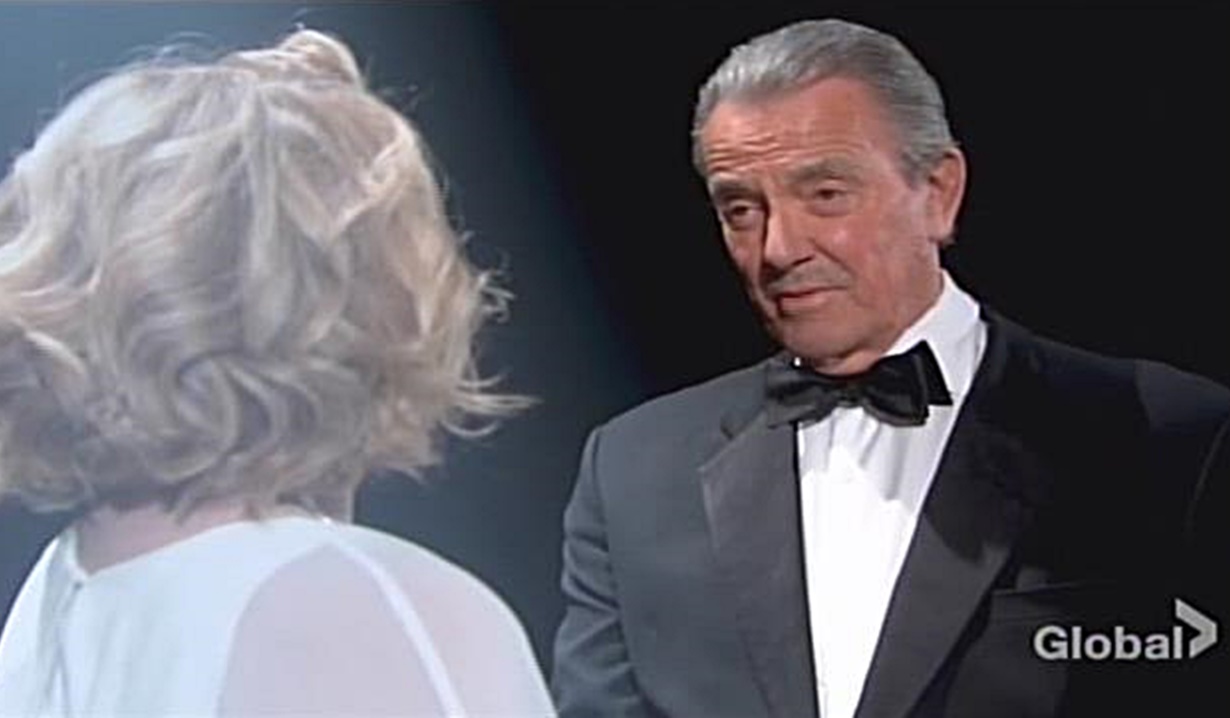 At Victoria’s house, Billy and Reed pretend Santa’s arrived early to scare Johnny and Katie into getting into bed. Billy thinks it’s lucky Reed made it home for the holidays…it meant a lot to Victoria and to Nikki too. Reed worries his grandmother could die.

Victoria leaves Nikki’s hospital room to join Nick, who questions where Victor is. They try to believe Nikki will get better, but Victoria worries she needs their father’s love and strength. Victoria gets a text from Billy, who says Reed’s having a hard time. Nick goes in and talks to Nikki about taking Faith shopping before urging her to wake up. He’s sorry for putting her between him and Victor, and recalls her strength in fighting through her MS to play piano. After, Victoria tells Nikki she has to go home and see the kids, and reminds her mother she’s a fighter. 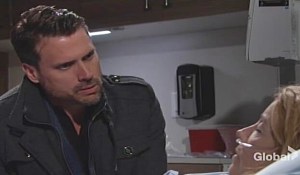 She worries the reason Nikki’s there is because of what happened with JT, and vows to fight for her now. Victoria urges Nikki to wake up. In Nikki’s mind she plays piano in a white dress, and hears Victoria, but can’t do it. Victoria exits, and Nikki resumes playing piano but stops when she recalls Reed’s confession. In the corridor, Nick reassures Vikki again. She doubts Victor’s staying away on purpose. Nick offers help with Newman, but she declines and reminds him he made his choice; there’s no going back. Nick was just trying to be a good brother. She apologizes. Nick rejoins his mother and chats about Christian before reflecting that he misses her laugh. He notes she hasn’t laughed in a while and feels responsible. 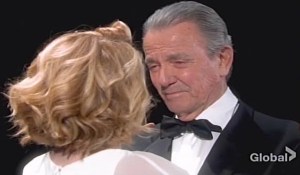 Nick promises to be a better son. In Nikki’s mind, still at the piano, she listens to him express his love. Nick goes on that they’ve been unable to find Dad, but they won’t give up. In her mind, Nikki plays piano until she hears, “My darling.” It’s Victor, who bids her not to go toward the light, but to stay. She takes his hand and melts into his arms. Suddenly, she turns toward the light again. Victor asks her to play for him, so she plays Nadia’s Theme on the piano, and they slow dance. Nick kisses Nikki goodnight and exits the hospital room. A shadow appears as someone watches Nikki.

At the Abbott mansion, Lola complains to Kyle about the cold in Wisconsin. Kyle thinks it’s part of the holiday feeling. Lola observes the tree and says it’s missing one thing. 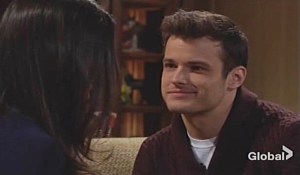 She places a gift underneath…for someone who’s been a very good boy. Over hot cocoa, Lola reveals she now sees she can be a successful chef and have a boyfriend. Kyle thinks she deserves all the good things coming her way. Kyle has a gift for her too, so they open them together. Lola loves the handbag he gave her, and Kyle admires the wristwatch she picked out for him. She realizes he has a new watch already, and takes hers back; it’s from a discount store. Kyle insists he loves hers more as it will make him think of the person who gave it to him. Lola puts it on him and they kiss.

Reed and Billy finish wrapping gifts and await Victoria’s arrival. Talk turns to Nikki again and Reed gets angry when Billy says she’s a fighter – it’s what people say when they don’t want to face the truth. 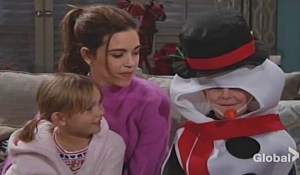 Reed admits he was hoping his father was still alive. He’s in doubt that his grandmother will make it. Victoria comes home and Billy goes upstairs to check the kids. Reed and Victoria discuss Nikki. Victoria assures him it’s not his fault – it’s that of the person who drove the car. Reed learns the police haven’t found a lead. They embrace. Katie joins them, and Billy and Johnny surprise them by appearing in costume. Johnny wants to do it again when Grandma comes home for Christmas, so Victoria explains she won’t be, but they can listen to her favorite songs and read her Christmas story. Later, Billy’s about to leave, and Reed watches as he consoles Victoria.

A mysterious person makes his way to Genoa City.

Reed Confesses to Hitting Nikki As...

Romantic Mystery ‘I’m In Love With The Dancer From My Bat Mitzvah’ From Ilana Wolpert, Rachel Bloom, Debbie Liebling In The Works At The CW