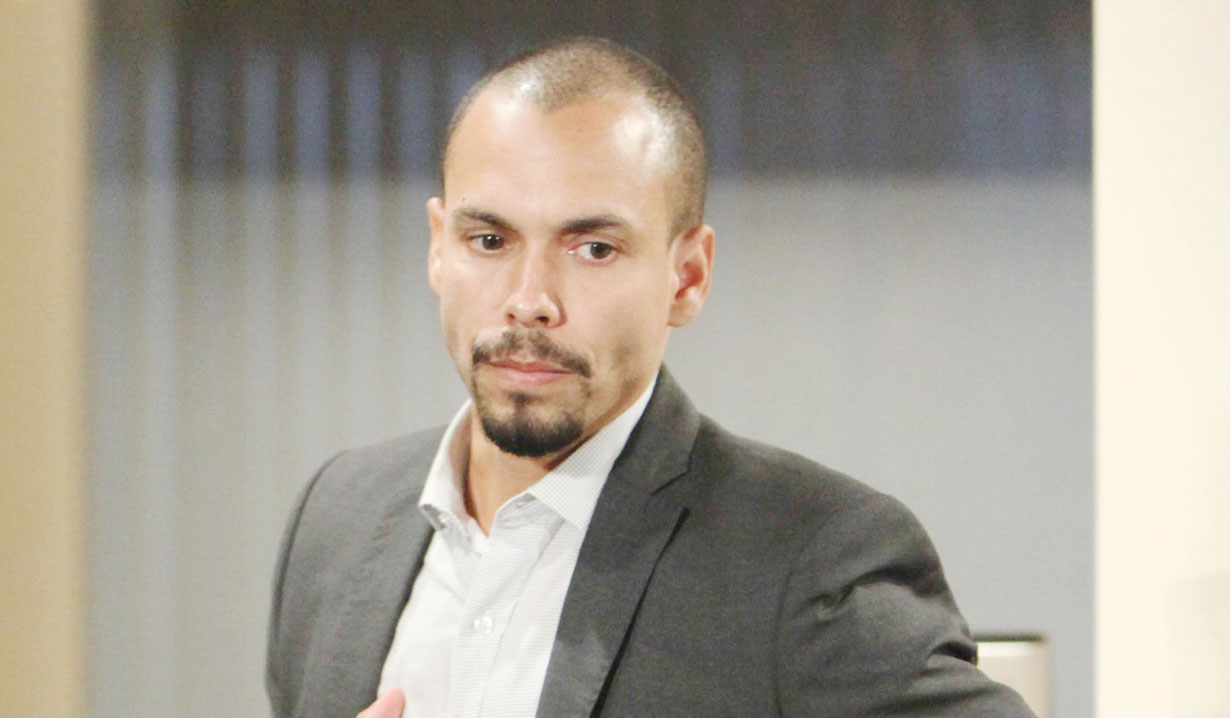 At the Club, Tessa reveals to Mariah that she’s low on cash. Mariah realizes it’s because her mother fired her and ignores a subsequent call from Sharon. Tessa argues briefly when Mariah covers the bill, 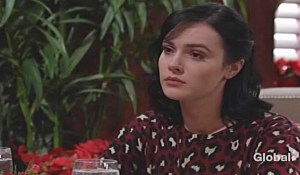 and her girlfriend reminds her she’ll make money helping Kyle tonight. Tessa worries she’s coming between her and Sharon. Mariah remarks that Tessa’s sorry for her actions and Sharon isn’t, so she made a choice. Sharon calls again. Mariah puts her on speakerphone and informs her she and Tessa won’t break up before disconnecting. Tessa thinks Sharon was reaching out and Mariah should reach back or she might regret it.

In the music studio, Ana reminds Devon of an important meeting. He leaves, and Ana calls someone and urges them to get over there now. Soon, Fen arrives breathlessly and admires the studio. Ana hands him the song he’ll be singing, and he argues about doing his original material. Ana cuts to the chase – she admires his voice, not his material, and tells him to take it or leave it. Fen gets panicky and considers walking, 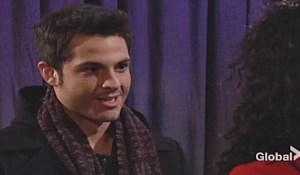 but Ana convinces him to try it. They record and Ana tells Fen to put more emotion into the tune. They finally get it down and are impressed with themselves, when Devon returns. He’s upset with Ana for planning a meeting to get him out of there, and rants about needing to be able to trust her. Ana pleads with him to hear her out and listen to their recording, but Devon refuses and insists they leave. Ana plays the track anyway and Devon looks thoughtful. After listening three times, Devon announces he wants to sign Fen. Ana’s quickly disappointed though, to be sent for a contract and removed from the producer position.

At Crimson Lights, Kyle gives Lola an invitation to a celebration…of her amazingness. He reveals it’s a night for him to dote on her, all she has to do is show up at the Abbott mansion…and the forecast is tropical. Lola beams.

At Victoria’s place, she and Billy chat and he asks about Nikki. 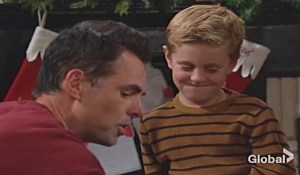 Victoria reveals she’s not getting any better. Billy will stay and help her with dinner and the kids. Victoria hugs him. She wishes her father was back, then talks about Johnny refusing to sing in the pageant at school – he may be trying to get attention now that Reed is back. After, Billy successfully works with Johnny on singing his line in Jingle Bells as Victoria looks on. Later, she thanks Billy, who tells her he’s there for her until everything is okay with her mother…and if it’s not okay, they’ll get through it together.

At the Abbott mansion, Kyle’s makes the final arrangements and accepts a flower delivery. He calls Lola and pushes the time back. She’s dying of suspense. Later, Tessa’s arrived and waits with Kyle for Lola. He tries to call her, unaware she’s fallen asleep. Tessa urges him to go to her. Kyle tells her to grab her guitar.

At home, Sharon is startled by a noise and grabs a giant flashlight to hit the intruder before opening the door. She screams but it’s Mariah on the doorstep. She explains she dropped her bag outside and was picking up her stuff – she brought treats and wants to stream Thelma & Louise. She adds that it was Tessa’s idea. Sharon admits she’s uncomfortable being alone since Nikki landed in the hospital. She worries JT will haunt all of them forever. Mariah hugs her. Once they get situated in front of the TV, Sharon wants to forego the movie, given it’s about women on the run, and forces a conversation about Tessa. Sharon warns her feelings about her will never change. Mariah informs Sharon she’s heard about her battles with Nikki over the years…and now she’s Nikki. Sharon reminds Mariah she encouraged her to get back with Tessa, but she saw how much she hurt her and believes she’s a liar. Mariah hollers, “Why can’t you just be happy for me?” She loves Tessa and wants Sharon to stop. 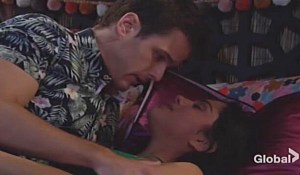 Outside Lola’s place, Tessa sings Joy to the World. She wakes up and looks outside, where Kyle, shivering, says he was worried she’d miss their date. Lola apologizes for falling asleep and calls him crazy. She buzzes him up, warms him, and they end up kissing on the bed. Eventually, she decides things are moving too fast. Kyle reassures her; he just wants to be close to her.

Nick vows to protect the Newmans.

Reed Decides to Confess to Nikki's...

Reed Confesses to Hitting Nikki As...