Wednesday December 19, 2018: Ana offers to work with Fen, Kyle plans a surprise for Lola, and Victoria, Sharon, and Phyllis fear for their lives. 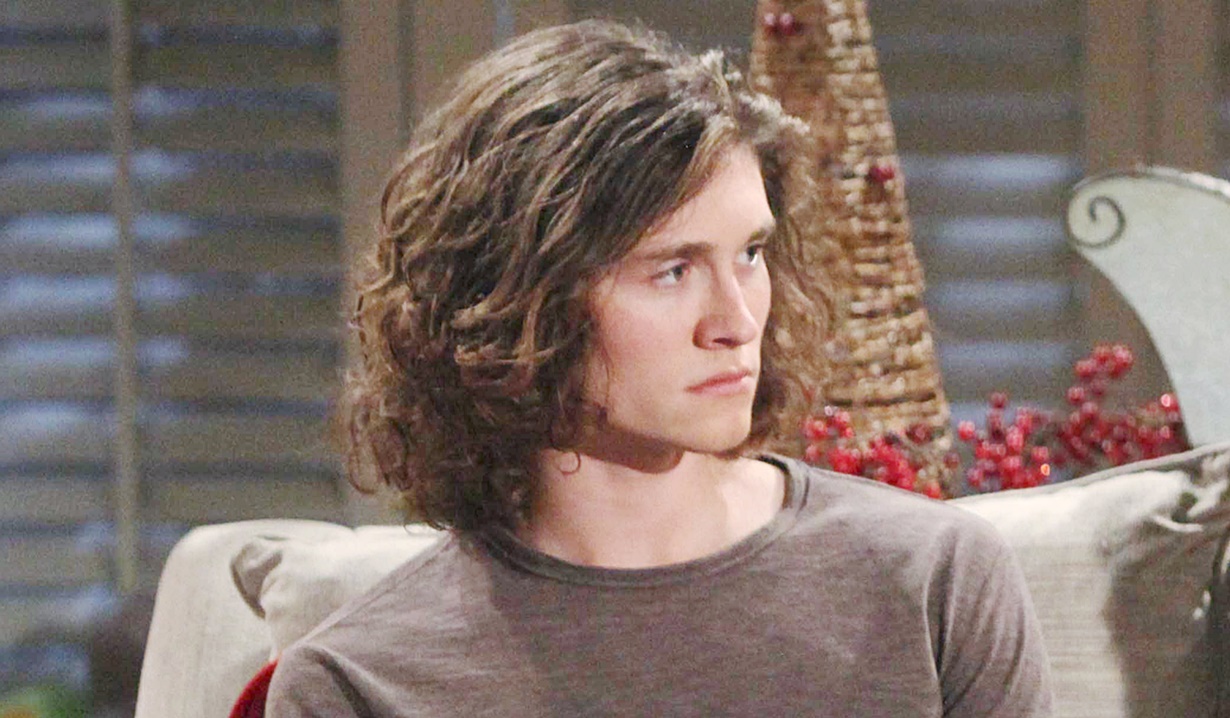 At the Abbott mansion, Kyle is on the phone about a delivery when Jack enters and updates him on Nikki. Kyle wonders what kind of lowlife leaves someone to die in the street?

At the Ashby house, Mattie tells Reed that Charlie’s still in bed. Reed confirms they went to a party last night, but says it sucked – he’s glad she wasn’t there. Later, Charlie and Reed debate if they were the ones who hit Nikki. Charlie’s encouraged that Nate’s her doctor. They decide to pool their money and take the car to a guy outside town who’ll fix it for cash. The boys talk about what their story will be, and Reed decides he can’t keep the secret. Charlie hisses that’s crazy stupid! He reminds him his mom confessed and is in prison. Mattie interrupts the argument. They pretend it’s about sports. After, Charlie talks Reed out of coming clean.

At the Club, Fen waits on Devon and Ana. When Devon slips away, Ana warns Fen not to ask about his demo; Devon hasn’t listened to it yet. After breakfast, Fen mentions his demo, and Devon advises he was hired to wait tables. He and Ana leave. Next, Kyle takes a table, drops utensils, and asks Fen to pick them up. Fen’s telling him where to stick his fork and spoon when Ana reappears. She warns Fen not to bother Devon again and he’ll keep his job. She thinks his demo is good and offers to produce a new one for him. Fen wants someone with experience. She scoffs and wishes him luck. Kyle shakes his head and calls Fen ‘epically stupid’. Fen snarks that Kyle can’t even work his way up at Jabot. Kyle advises that Ana’s smart and driven – she’ll go far. Fen blew his chance to go with her.

At the hospital, Nick disconnects from Noah as Victoria updates she hasn’t had word from Victor. She hopes he’s on his way home. Nick replies that doesn’t mean he’ll get there in time. Nate joins them and reports that Nikki needs an MRI; he’ll know better whether she’ll make it after he has the results. Victoria and Nick wish they’d known she was drinking. Nick complains about Victor, then Rey, who dragged Nikki down to the station like she’s the one who killed JT. Victoria looks 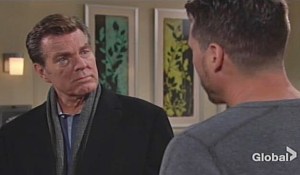 uncomfortable. After, Jack shows up and confirms to Nick that Nikki told him she’d had a drink and they attended an AA meeting. They discuss Victor – Jack believes he’s selfish, but would be by her side if he could be – he may be in serious trouble. As time passes, Nick takes Victoria’s advice to take a break. Vikki tells Jack she’s trying hard to hold it together, and he comforts her. Elsewhere, Nick asks Michael to get a message to Victor, but Michael hasn’t heard from him.

More: Soapy Christmases from the past

At Crimson Lights, Rey chats with Sharon while getting coffee. He realizes she hasn’t heard about Nikki, and fills her in. Sharon learns Victor hasn’t shown up yet. Rey muses that he now has to decide what’s more important – his freedom or his life. 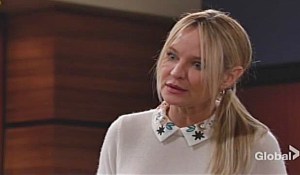 At Jabot, Sharon seeks an update on Nikki’s condition from Phyllis. They speculate about who might have done it – it may be the same sicko who put JT’s clothing on the bed. Phyllis hopes it’s just what it looks like – an accident. Sharon’s surprised to hear Nikki was drinking, and thinks Nick must be devastated.

Sharon arrives at the hospital and asks about Nikki. Phyllis appears, and Nick learns Sharon was at Jabot earlier. Sharon promises to update Nick on Nikki’s case. They’re all getting an update from Nate when Rey shows up. Nick hollers at him to beat it. Rey’s investigating the hit-and-run. Nick vows to get him off the case. Rey shrugs that at least he’s there, which is more than he can say for his old man. Nick lunges and Michael holds him back. After, Sharon’s reassuring Victoria when Phyllis joins them. They speculate whether Rey took the case because he thinks there’s a connection to the JT investigation. Victoria muses her mom thought the clothes were a warning, and Phyllis worries whoever did this is planning to take them all out. Elsewhere, Rey tells Nick they gave him the case because he’s good at his job. Nick warns when they find the person, he’s going to pay.

Jack arrives at home to find Kyle setting up a beach scene to surprise Lola, who misses Miami. Jack relays he wined and dined Kerry, and Kyle asks about his next move. Jack has an idea…and Kerry’s going to love it.

Fen finds Ana at the penthouse, who informs him she grew up living and breathing music; she’s not just Devon’s little sister. Fen’s apologetic. He wants to work with her but is worried about money. She’s got it covered – he just has to give the performance of his life.

Devon’s pushed too far by Ana.

Nikki Fights for Her Life & Nick...