Rey Explodes at Mia Over Her Friendship With Nikki 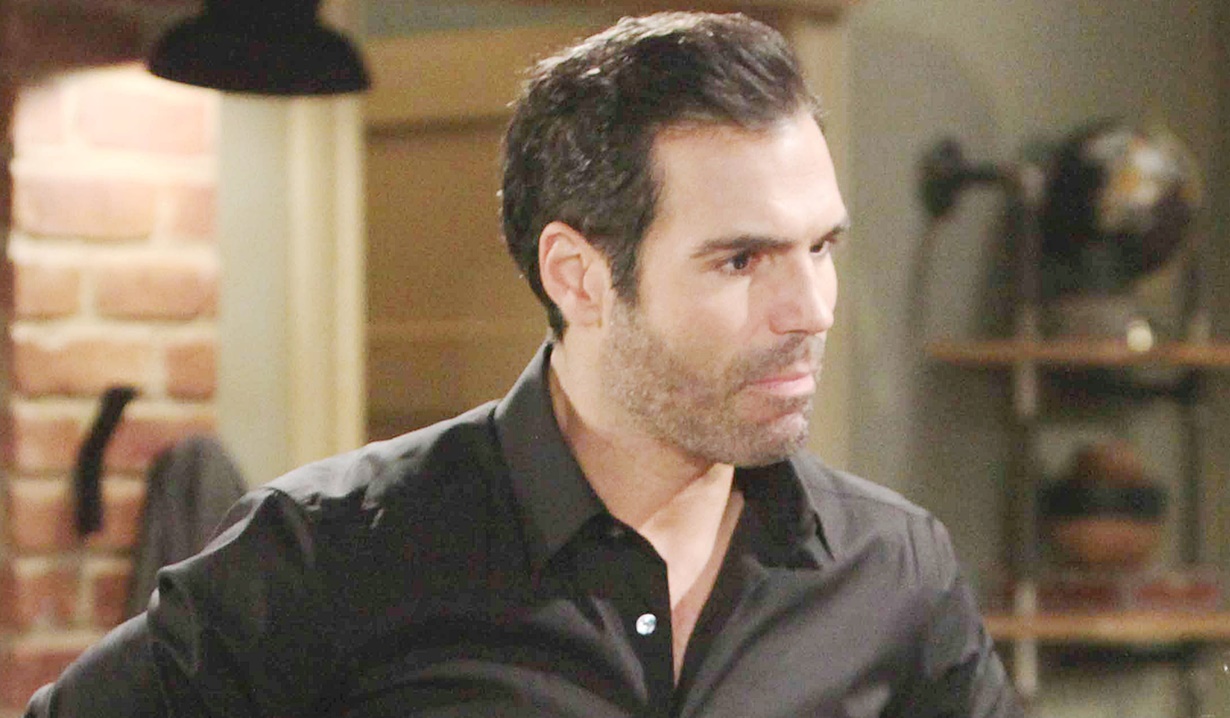 At the Abbott mansion, Jack instructs two staff members who are decorating for Christmas.

At Jabot, Kerry opens an invitation from Jack to dinner that night. She takes a call from Phyllis and starts working again.

Mariah bursts into Sharon’s place and angrily demands to know what she was thinking causing such trauma to Tessa. Sharon says they had to make sure she wasn’t responsible for the fire or for framing Victor, 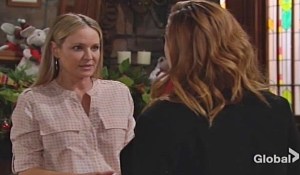 and reminds Mariah she blackmailed them and lied repeatedly – she brought it on herself. Mariah counters that Sharon was the one who took part in a murder and cover-up! After Mariah explains she rescued Tessa from the woods, Sharon thinks Tessa’s using what happened to keep Mariah with her. Mariah insists she leave Tessa alone, but Sharon can’t do that. She wants Mariah to put an end to Tessa’s manipulations. Mariah walks out.

At their apartment, Mia, in lingerie, holds Rey’s badge hostage. She wants him to stay, but he can’t just call in sick. Mia thinks he sometimes loves the job more than her. Rey says he’ll see her tonight, and leaves.

In Crimson Lights, Kyle arrives to meet Lola, who reveals she’s the head chef of a new restaurant – her own restaurant! Abby chimes in that she and Devon will be running it, and Arturo expresses pride. Kyle buys hot chocolates for the whole place and announces Lola’s news. Mia arrives, and declares she’s Nikki Newman’s new personal stylist. Abby and Arturo look uncomfortable. Mia learns that Lola’s getting her own restaurant, and becomes quiet as Abby says Mia’s starting out small, and Lola’s starting out big. Arturo chirps that they both have a lot to be proud of. Mia leaves, followed by Abby and Arturo. Kyle canoodles with Lola, and wants to celebrate at the company Christmas party. They kiss.

Back in her apartment, Mia cries.

Jack arrives at Dark Horse on the phone with a client who wants to get together to celebrate…tonight. Elsewhere, Arturo confronts Abby about making Mia feel like her news was nothing. 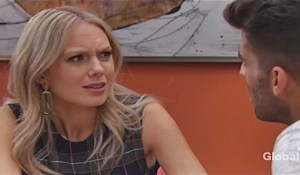 Abby snarks about her plucking Nikki’s eyebrows. Arturo argues it’s not easy coming to a new place and making friends. Abby’s unsympathetic. Arturo insists she’s just an insecure kid with big dreams. Abby’s dying to hear more about how he sees Mia. Arturo warns that Mia fights back ugly, but Abby’s not afraid of her. Arturo wants everyone to be happy, and asks Abby not to engage with Mia. Abby’s upset at him defending Mia and says someone needs to take her down. Arturo worries about what Mia will do – this could be bad for everyone.

At the station, Rey is short with Sharon, then apologizes. Sharon admits she’s fighting with Mariah about love…she won’t free herself from a back-stabbing liar. Rey teases about what he’d do if Lola was dating someone like that. Sharon thinks he’d make a good dad. Rey takes a call from Mia, who needs him.

Tessa corners Sharon at the Club. They argue about Mariah. Tessa says they’re in love, and tells Sharon she’s hurting her daughter. Sharon counters that Mariah’s only staying with her out of guilt, and that she’s letting her do that, tells her how little she cares about her.

Jack, in a tux, opens the Abbott mansion door to Kerry. As he pours wine, they talk about why he’s attracted to her. Jack teases it was her dossier before going on about her eyes, her grace, charm, and wit. He also thinks she’s complicated. Kerry compliments him in kind. They toast to digging deeper. Kerry admires the Christmas tree, but it’s not fully decorated, so they finish it. Jack takes her hand as she declares it’s perfect. Kerry pulls him under the mistletoe, and they kiss.

Rey arrives at home, where Mia explains what happened in Crimson Lights. When she mentions Lola’s head chef news, Rey asks excitedly, “Are you kidding me?” Mia cries, “You too?” 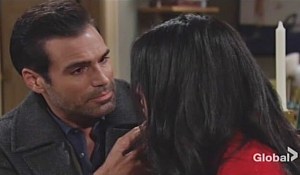 She feels so alone, and observes if his heart’s not in this marriage they should go their separate ways. Rey never stopped loving her. They kiss passionately. Later, in bed after sex, Rey learns Mia’s new client is Nikki Newman. Talk turns to Victor being his prime suspect, and Rey tells Mia she hired her for a reason. Mia knows…she’s doing everything she can to protect the man she loves, as she’s doing right now. They argue about whether Victor is as guilty as he thinks, and he hollers that Nikki’s using her. He warns that Nikki Newman will never be her friend. Mia pouts – she was only trying to help him.

Mariah confronts Sharon at home, where she doesn’t deny ensuring Tessa didn’t get the Club job. They argue about Tessa, and Sharon intends to make sure Tessa understands she has no choice but to let Mariah go.

Nikki walks into a life-threatening situation.

Nikki's Run Over by Reed & Charlie...