Reed Rages at Victoria for Concealing That Victor Killed JT

Wednesday December 12, 2018: Lola has a proposition for Sharon, Lauren has news for Fenmore, and Cane finds Mattie with Reed. 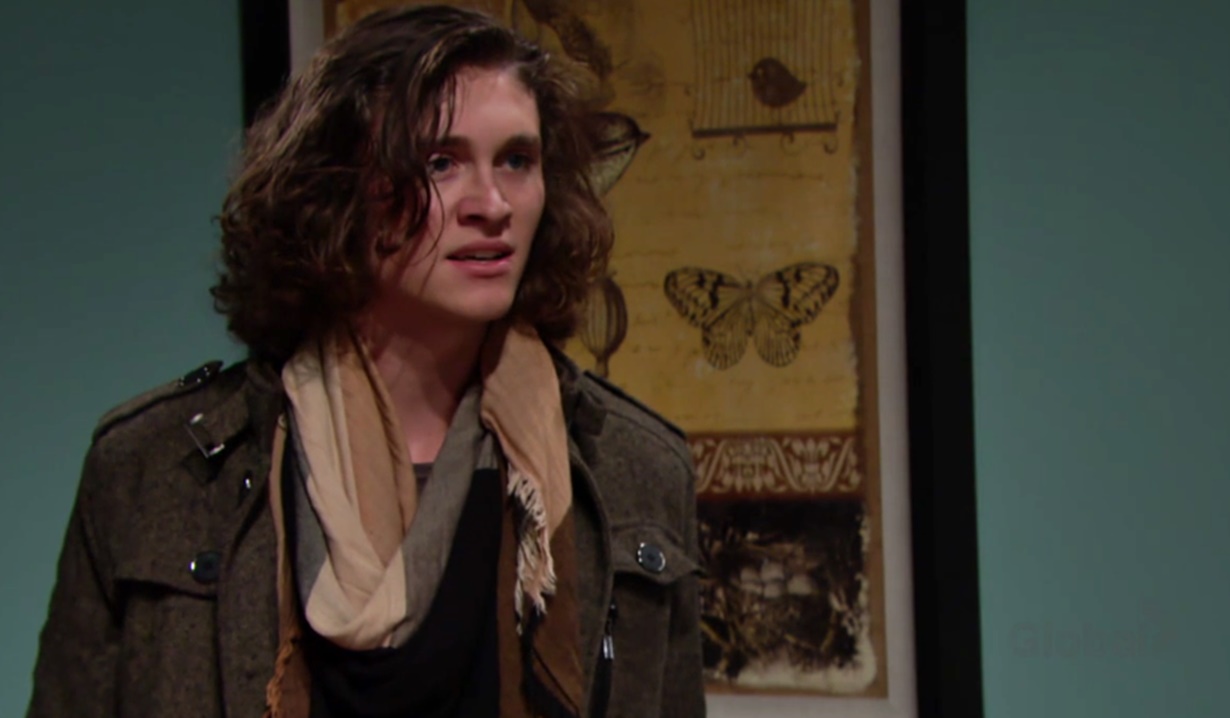 Lola joins Sharon in Crimson Lights. She’s covered in grease and laments not having the money to pay to fix her truck’s transmission, before revealing she has a business proposition – she wants to do a pop-up on site for the winter and will include the coffee house in the marketing – it will be excellent for both of them. Sharon agrees to her pitch, and Lola wants to start today. 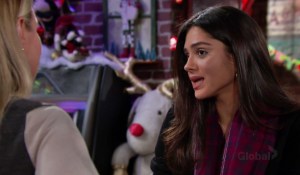 Later, Abby finds Lola on the patio and learns that Sharon said yes to her proposition. Abby congratulates her. Inside, Abby thanks Sharon, who says it’s good business, and Lola will probably be running her own restaurant soon. Abby, thoughtful, replies, “I bet you’re right.”

Devon opens his penthouse door to Cane, who says he comes in peace and apologizes for the other night. Devon understands where he was coming from regarding his concern for Shauna, 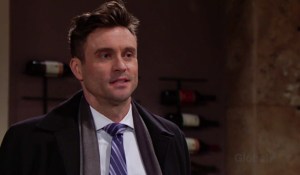 but wonders if he’s there to check on him. Cane assures him Neil didn’t send him, and Devon shares that he’s been feeling better and finally slept through the night. He’s realized he needs to make some big changes and talks about pouring his energy into his artists…they need to strip Hamilton-Winters Group down and rebuild. Cane warns he should talk to Neil, but Devon’s unconcerned and needs to go meet Abby.

Billy arrives at Victoria’s house looking for Reed and is about to tell her why when Reed appears and heads out the door. Billy tells Vikki that he ran into Reed at the coffee house, 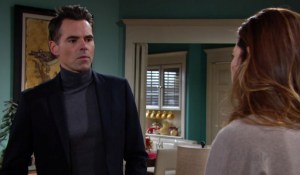 and she may have a problem on her hands. He reveals that Reed wants his father’s killer to pay, and Billy’s concerned. Victoria hates that her son is suffering and wants to keep him from Rey’s latest theory that her dad is responsible. Billy warns that won’t stay a secret; she needs to talk to Reed about it. Victoria retorts, “I said no!” She insists Billy keep quiet. He agrees to do whatever she thinks is best. Victoria’s grateful to Billy for being there for Reed. They embrace.

At the Ashby house, Charlie finds Mattie putting on make-up and is bewildered until Reed comes to the door. Charlie, irritable, quizzes Reed until Mattie reminds him Reed’s dad is gone. Talk turns to Lily. Charlie shrugs that at least she’s coming home. He exits. Reed and Mattie establish that he’s no longer angry with her. He opens up about JT – he can’t believe he’s gone. Mattie holds his hand. Cane arrives. He tells Reed he’s sorry about his dad, then suggests he let Mattie study for finals. After Reed goes, Cane and Mattie argue about him being there. She hollers that mom would understand.

Kyle spots Jack at the Club where he was stood up for his breakfast date by Kerry. Kyle reveals he has a date that night with Lola…ice skating. Jack’s happy for him. Kyle assures Jack that the Kerry thing is probably a misunderstanding, and goes. Jack leaves Kerry a voicemail. 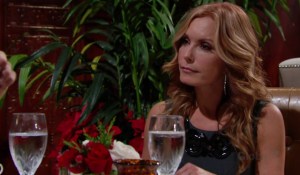 Elsewhere in the dining room, Lauren meets with Fenmore. She informs him that she and Michael love him and will support his decision to pursue music…just not financially. She understands how tough the music business is, and if he’s able to stick it out, it will mean he’s on the right path. Fen tells her failure’s not an option – he’s going to make this happen. Later, Abby and Devon meet at the bar, where she reveals she bought a building, wants to open a restaurant, and needs his expertise and connections. When he asks about food, Abby plans to hire Lola Rosales. Devon would like to partner up with her, but can’t get behind it without a chef with a ‘name’.

Fen discovers Lola working on the Crimson Lights patio, and she puts him to work for a free sandwich. Abby appears with an offer that Lola can’t refuse – a private dinner at Devon Hamilton’s place tonight. Lola accepts enthusiastically. Abby advises her to hire a server. Lola realizes she’ll have to cancel plans with Kyle. After, Lola and Sharon celebrate the successful day, and Fen approaches Lola, who turns down his invitation to a movie, but offers him a job as a waiter that night. Fen’s stoked it’s at Devon’s penthouse and accepts. When Kyle arrives, Lola tells him something came up that night. Fen asks her what she’d like him to wear. Lola reveals it’s a catering gig. Kyle makes sure Fen sees him kissing Lola.

Jack finds Kerry at Jabot and wants an explanation. She claims she got caught up in work, but Jack isn’t appeased. He’s not interested in playing games. Kerry apologizes; her life’s complicated, but she really likes him. She wants another chance, but he leaves.

After a glass of wine at Victoria’s house, Billy thanks her for preserving their relationship, but warns her not to be in denial about her dad as they discuss him being the prime suspect in JT’s murder. He exits, and Reed emerges from the shadows, accusing Victoria of lying to him…how could she not tell him Victor killed his dad?!

Lola gets a huge opportunity.