Thursday December 5, 2018: Phyllis and Billy work together, Devon sees a therapist, and Nick is asked for a favor. 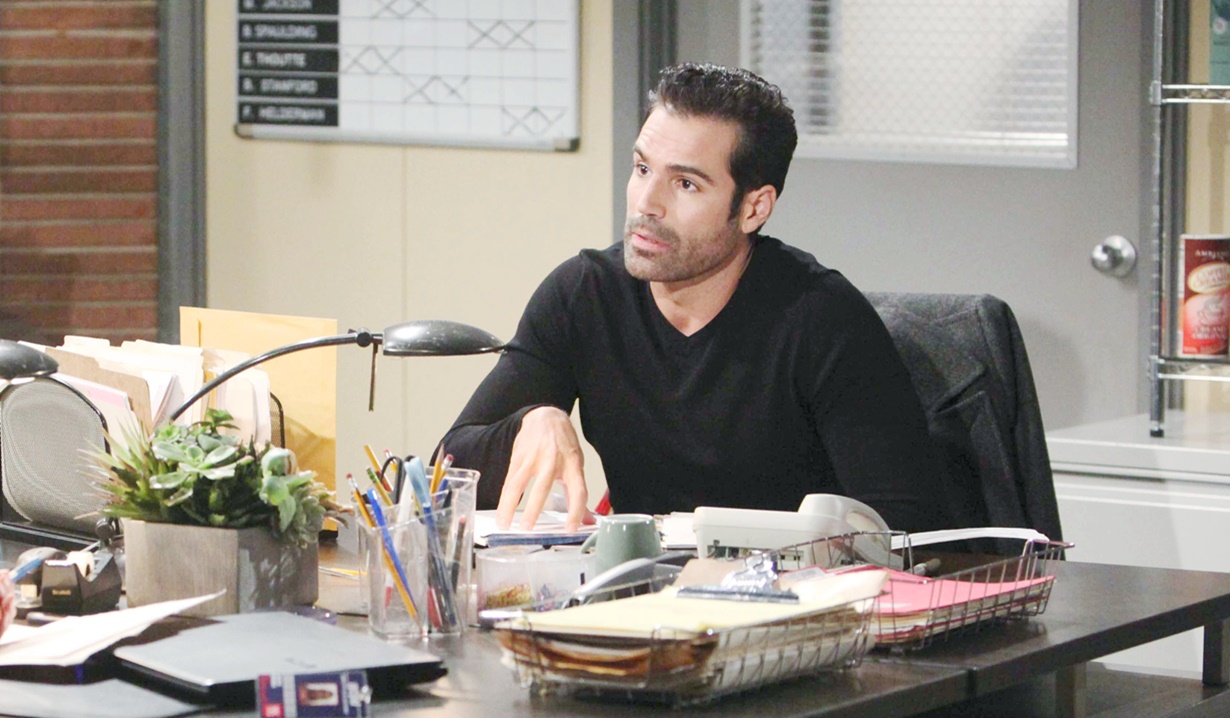 At Victoria’s house, Nikki still hasn’t been able to contact Victor and is worried something may have happened to him. Victoria reassures her. Nikki gets a call from a blocked number – it’s Rey, who wants her and Victoria to come to the station.

At the GCPD, Rey joins Nick in the interrogation room and asks if he knows anything about the stable fire – he knows how far he’d go to hurt his father. Nick scoffs at the idea and asks, “Why would I do that?” Nikki and Victoria arrive and Nick pushes Rey to reveal the new evidence. Rey produces a baggie containing a gun. Nick and Nikki are irritated at the implication they’d have a gun where Faith spends time. 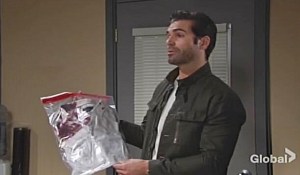 Nick goes off on Rey for treating them like suspects when their property was vandalized. Nick exits, and Rey pulls out another piece of evidence – a bloodied oxford shirt. He asks if it’s familiar to either of them. It’s not. Rey says they ran forensics and got very interesting results – the firearm was registered to Victor, and his were the only prints on it. He then reveals the blood on the shirt is JT’s. Nikki insists this is ridiculous – they have people at the stable at all times who keep track of comings and goings. Rey announces that Victor Newman is now the prime suspect in the murder of JT Hellstrom.

In Devon’s penthouse, Ana tells Nate that her brother’s at a consultation with a therapist. She advises Nate not to talk to Devon like a patient or child if he wants a result – she spoke to him from the heart. Talk turns to Devon’s scheduled meeting with Rebecca Barlow today. Nate recalls it was Lily’s idea. Ana hopes Devon will seal the deal. Nate recaps how much Devon’s dealing with and questions if he’ll be able to hold this down.

In the therapist’s office, Devon reveals he’s there at his family’s request, and though he’s had a difficult year, it’s nothing he can’t handle. When asked, he reveals he lost his wife and unborn child, and explains how he’s been feeling since – there’s not a day that goes by that he doesn’t wish he was with her. Devon admits he’s thought about hurting himself, but would never do it for a number of reasons. He goes on that he’s gone back to work, but his family feels he’s burying his feelings – is there a blueprint for mourning his wife? 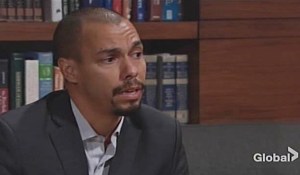 The therapist asks about Hilary and how she died. Devon explains about the car wreck and how his sister was involved, and his cousin operated on Hilary. The therapist asks about his feelings toward Nate, Neil, and Lily. Devon concedes he hasn’t really forgiven his sister and talks about his family’s lack of understanding. The conversation shifts to Devon’s partying, sleepless nights, and thoughts of the promises he made Hilary before she passed away. He explains about Shauna, before reflecting that he’s not a husband or father, nor does he feel like a brother anymore. The therapist can help Devon manage the anxiety without turning to unhealthy things, and suggests a treatment plan of therapy and medication. Devon won’t take pills – his mother was a drug addict, and his adopted father an alcoholic. The therapist persists about taking a low-dose anti-anxiety med, rather than self-medicating with alcohol. Devon agrees.

At Jabot, Phyllis is concerned Billy will try to undermine her as they bicker about the Rebecca Barlow meeting. They agree to keep this strictly business.

Billy and Phyllis meet Rebecca Barlow at the Club and make their pitch together. Rebecca loves the new energy and assures them they’re on her short list. Rebecca keeps Phyllis back after Billy goes and asks if she knows the man across the room – it’s Nick. She’d like to talk to him. Phyllis says she does, then rejoins Billy and tells him she feels they have the inside track. They congratulate one another on their teamwork.

At Devon’s penthouse, he’s taken aback when Ana presents him with paperwork for his meeting with Rebecca Barlow. He’d forgotten. Nate wonders if he needs to postpone, which irritates Devon – he’s got this. Nate keeps it up until the doorbell rings. Devon asks him to say a polite ‘hello’ then leave. Devon admits Barlow and makes introductions. Nate leaves, saying he’ll be in touch. Devon snaps, “No doubt.” Rebecca and Devon sit down to talk, and she’s dismayed to learn she won’t be meeting his artist, Renee, who is touring in London – people like Devon are tiresome for wasting her time. Devon’s apologetic. Ana jumps in to say they anticipated Renee returning for the holidays, but her manager booked new dates – and launches a pitch. Meanwhile, Devon suffers an anxiety attack and is unable to respond when asked a question.

At home, Nick updates Phyllis on his visit to the station, so offers up a massage. He thinks she’s trying to butter him up and advises he’ll give her whatever she wants. Phyllis asks, “Even if it involves going on a date with another woman?”

Nikki struggles with a demon from the past.

Y&R Is Pre-empted for Coverage of...

There's an Abduction in Genoa City