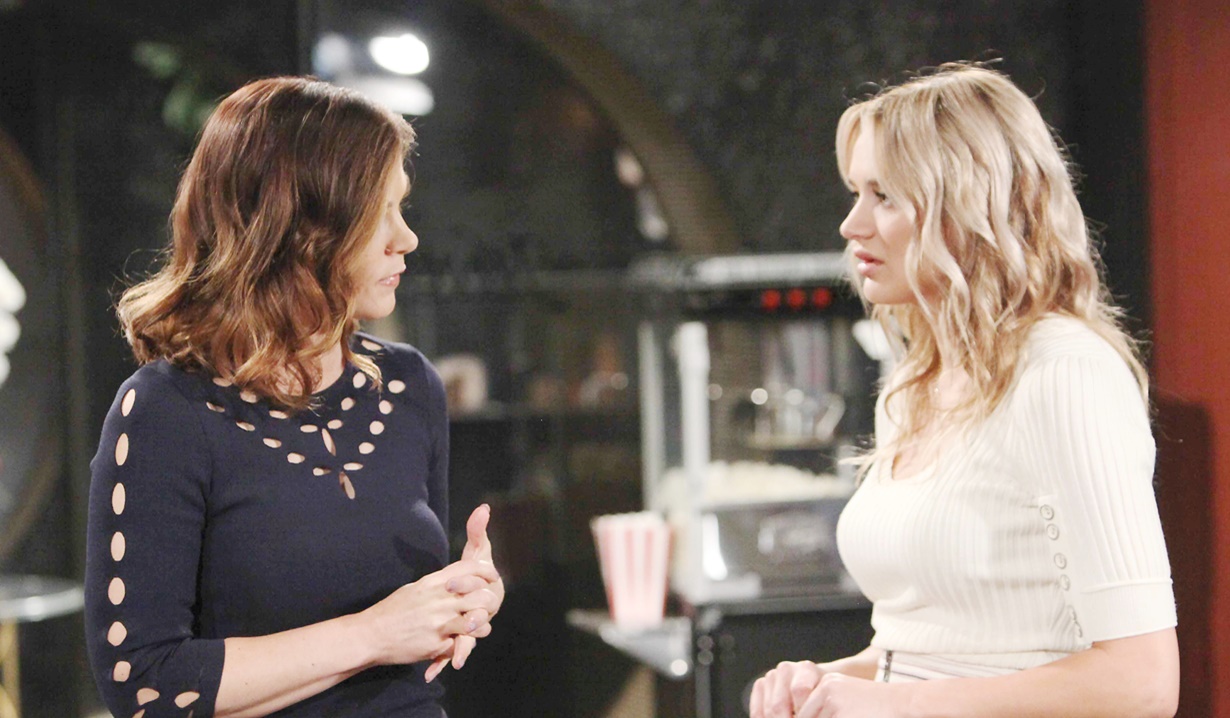 At Jabot, Summer listens to Victor on a video chat as he offers a driver and car among other things upon her arrival. Phyllis appears and snarks at Victor, who signs off. Summer confirms she took the job, and Phyllis insists Victor will burn her. Summer announces she’s leaving today. After, Phyllis calls Nick, updates him, and says, “I think we both know what we need to do.” Kyle enters and discusses the situation with Phyllis, who won’t allow Victor to pit Summer against her parents. Kyle feels Summer’s not about to be anyone’s pawn.

At Dark Horse, Nick’s on video chat with Victor accusing him of using Summer because he has issues with him. Victor thinks Summer shouldn’t be around there to watch her parents implode and feels his granddaughter will do well in Dubai. He disconnects. Abby enters and informs Nick she’ll be pursuing the deal on the property. He’s impressed she’s prepared to do it on her own.

At Crimson Lights, Mariah tells Sharon she’s still confused about Tessa. Mia appears. She knows Sharon’s the reason Rey took her to Top of the Tower and gushes about how great the restaurant was, 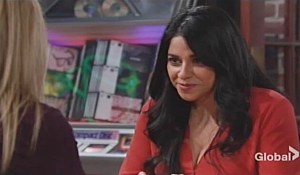 and how romantic. She wants to do a candlelit dinner for Rey, so Sharon recommends the Club for catering. Once Mia’s gone, Mariah questions Sharon, who just wanted to do the right thing. She muses that she should be happy for her friend Rey. Mariah tells her she’s taken the high road – any higher and she’ll need an oxygen tank. Sharon confides that she doesn’t think Rey sees how deep his problems with Mia run. Mariah warns, “You can’t shrink him.”

At Devon’s place, Nate’s there checking on Ana. Devon remarks it will be nice for Shauna to have Ana there for a while. He tells Ana not to worry about work today and leaves without explanation. Nate has a bad feeling.

Ana finds Devon drinking at the Club bar with a group of musicians. 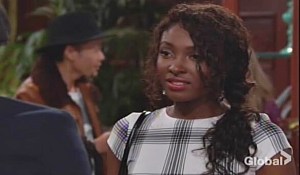 Ana thinks it looks like partying, not business. Devon suspects Neil, Nate, and Cane recruited her and points out she didn’t come when Hilary died, or when Lily went to jail. Ana denies it, but Devon’s unconvinced, and claims he’s fine. Later, Lola arrives as Abby’s updating Arturo on her real estate plans. Arturo takes a call, and Lola worries to Abby about Kyle, who hasn’t responded to her text to meet. Abby will help.

At Jabot, Phyllis asks Summer if she’s leaving because of Billy, and assures her she hasn’t told Nick. Summer denies it. Nick arrives and urges Summer to come work at Dark Horse. Summer knows what she’s doing with Victor, and will be working with Nikki. Nick and Phyllis decide to support her. 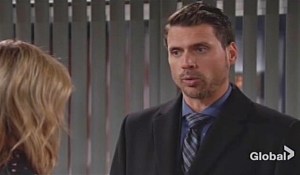 Nikki arrives with luxuries for Summer’s flight. Outside the office, Kyle appears. Summer joins him. He’s glad she took the job. They’ll miss one another and Summer kisses his cheek as Abby appears and sends Kyle off to see Lola. Abby then warns Summer about her father, who will undermine her the first time she makes a mistake. Summer thinks she’ll be okay. Abby wishes her luck. Meanwhile, Nick and Phyllis confront Nikki, who insists they send Summer off with hugs and smiles. Nikki joins Summer and Abby – she’s so excited for her granddaughter. Later, Phyllis and Nick hug and kiss Summer goodbye and she leaves.

At the Club, Mia joins Arturo at the bar, while Lola shakes her head. Kyle arrives and goes off with Lola. Mia needles Arturo about Abby keeping him waiting and suggests she’s not serious about him. Arturo insists it’s real, and advises Mia to use her energy for Rey. Abby returns and notes the party crasher. Nearby, Kyle updates Lola on Summer’s departure before talk turns to her not having had sex. He needed to process it. Lola assures him she’s not anti-sex, and if he asks her away for the weekend she’ll accept, but won’t change her mind. Kyle is fine with no sex because what they have so far, he won’t give up. They kiss.

Back at Devon’s penthouse, Ana complains to Nate about Devon’s midday activities. She worries she’s annoying him. Devon arrives – he’s changing and going out for a late night. He figures they were talking about him and asks Ana to be his sister, not his warden. Nate wants him to hear them out. Devon’s irritated and argues about who he’s choosing to spend time with. Nate hollers, “You’re self-medicating, Devon!” Devon insists he’s not trying to go numb, he’s moving on, and accuses Nate of being pissed off he’s not crying on his shoulder, before leaving.

Phyllis hides something from Nick.

Ana Returns to Save Devon From His...

Devon Throws Cane Out, Then Suffers...