Ana Returns to Save Devon From His Downward Spiral

Wednesday November 28, 2018: Mariah advises Kyle, Abby has a meltdown, and Rey and Mia go on a date. 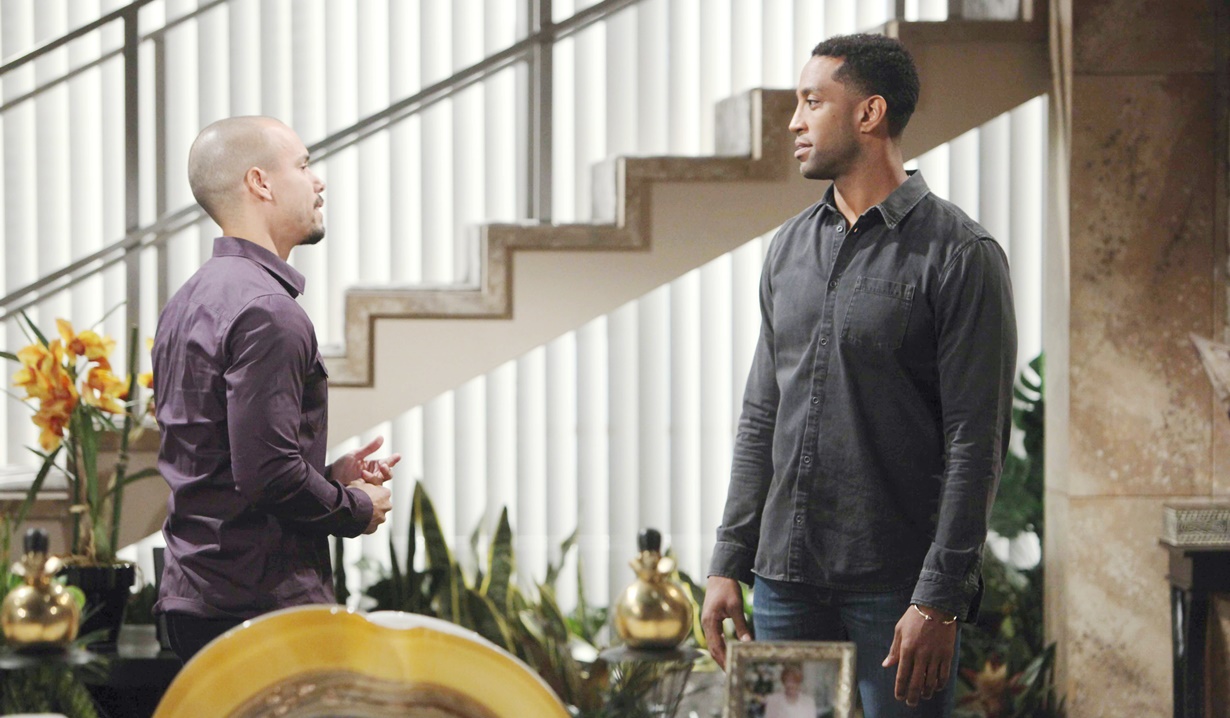 Devon’s confused when Mattie, Charlie, and Cane enter his penthouse bearing food. Nate follows and explains they didn’t give him a heads-up so he couldn’t make an excuse. Cane and Devon discuss how difficult things are with Lily in prison. Devon notes at least there will be an end to his hard road. He wants a drink. The doorbell rings – Devon’s stunned to see his sister, Ana, (played by Loren Lott), who reveals that she got her college degree and Neil suggested she come back to be Devon’s assistant. 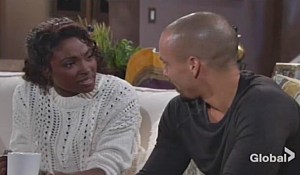 Devon agrees – he’d love that. When the siblings sit to talk, he admits it’s been tough since Hilary died. She hopes her being there will help. Nate and Cane watch and note Ana’s lifting Devon’s spirits. In a moment in the hall with Ana, Nate tells her Neil’s thankful that she dropped everything to come there. Ana is excited about learning the music business behind-the-scenes, but doesn’t think Devon seemed depressed. Nate confirms he’s struggling, and she needs to keep an eye on him without him knowing – Devon’s in a downward spiral and her return may be the only thing that can stop it.

At Crimson Lights, Mariah understands why Sharon had to let Tessa go, but still doesn’t know if she wants to walk away. Sharon says the answer has to come from her heart. 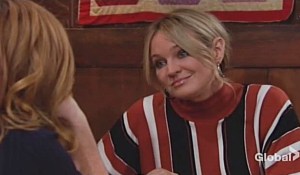 Sharon spots Mia and Rey canoodling on the patio. Mia introduces herself to Mariah – she’s a big fan of her TV show. Mariah tries to get away, but Mia peppers her with questions. Rey has to go to work, and Sharon grimaces as he and Mia make plans for later. Mariah notices, and offers her mom a shoulder to cry on. Sharon admits she and Rey started caring for one another, but it can’t go anywhere – while Mariah can go back to Tessa, she must give Rey space to fix his marriage.

At Jabot, Kyle’s frustrated on a business call. After, he runs into Lola delivering lunches. She surprises him with a sandwich and is disappointed when he gets back on another call. During the call, the associate insists on meeting over lunch. Lola passes by after he leaves and notices his abandoned sandwich.

At Dark Horse, Arturo notices Abby’s excited about something. She tells him her father offered Summer a job heading up an office in Dubai – it burns her butt she wasn’t considered. Arturo’s confused. Abby explains she doesn’t want Summer’s job, but has a new project that will get her the notice she wants. Abby talks about an empty building she wants to snap up. Arturo argues it’s only a good deal if the neighborhood takes off. Abby’s undeterred – she can make it happen. Later, Lola shows up and asks Abby for advice for a ‘friend’ who is a virgin. Abby goes on about how guys can’t handle that – they might wonder if she’s a prude…then realizes they’re actually talking about Lola. Abby tries to make things right. Lola explains she’s trying to wait for a guy who might be ‘the one’, 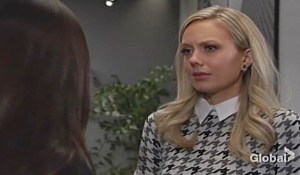 also sex makes things complicated and she can’t afford to get caught up in drama. Abby understands having dreams, but wonders how Kyle fits in. Lola explains about the awkwardness between them. Abby advises they need to talk – she thinks Kyle just needs to process it. Later, Abby’s furious. Arturo learns she was unable to secure a commitment from Nick to secure the property and he made her feel small and stupid. She rants it reminded her of working for her dad at Newman, and goes off about him offering a position to Summer. Arturo urges her to prove them wrong. Abby thanks him for believing her.

At the station, Sharon apologizes to Rey for listening in on his date night plans with Mia, and offers him a gift card to take her to Top of the Tower. Rey thinks she’s trying to send him a message, but Sharon clarifies she’s trying to send herself one. Later, Mia arrives, and enthuses about their dinner date. Sharon watches them go.

At Top of the Tower, Rey takes Mia’s hand. She beams as he talks about making things work between them. They agree to take it one day at a time. When Rey takes a work call, a waitress brings Mia the check and calls her Sharon Newman – the name on the gift card. Mia keeps mum when Rey returns.

At Crimson Lights, Kyle laments to Mariah that he ran out on Lola to meet a client. Mariah thinks she’ll understand, but Kyle admits there’s more to it – they had an awkward issue the previous night. Mariah learns Lola’s a virgin and chastises Kyle for being the kind of guy who overreacts. She insists he go talk to her and find out her reasons. Kyle complains about the pressure it puts on a guy. Mariah snarks that she’s surprised his head got through the door, and again urges him to talk to Lola, who may want to get to know him better before jumping into bed. Later, Sharon happens along and tells Mariah she’s fine with the Rey situation. Mia and Rey return from their dinner and she wants to go upstairs.

In Rey’s apartment, Mia kisses him, but he reminds her it’s one step at a time. He’ll tell her when he’s ready.