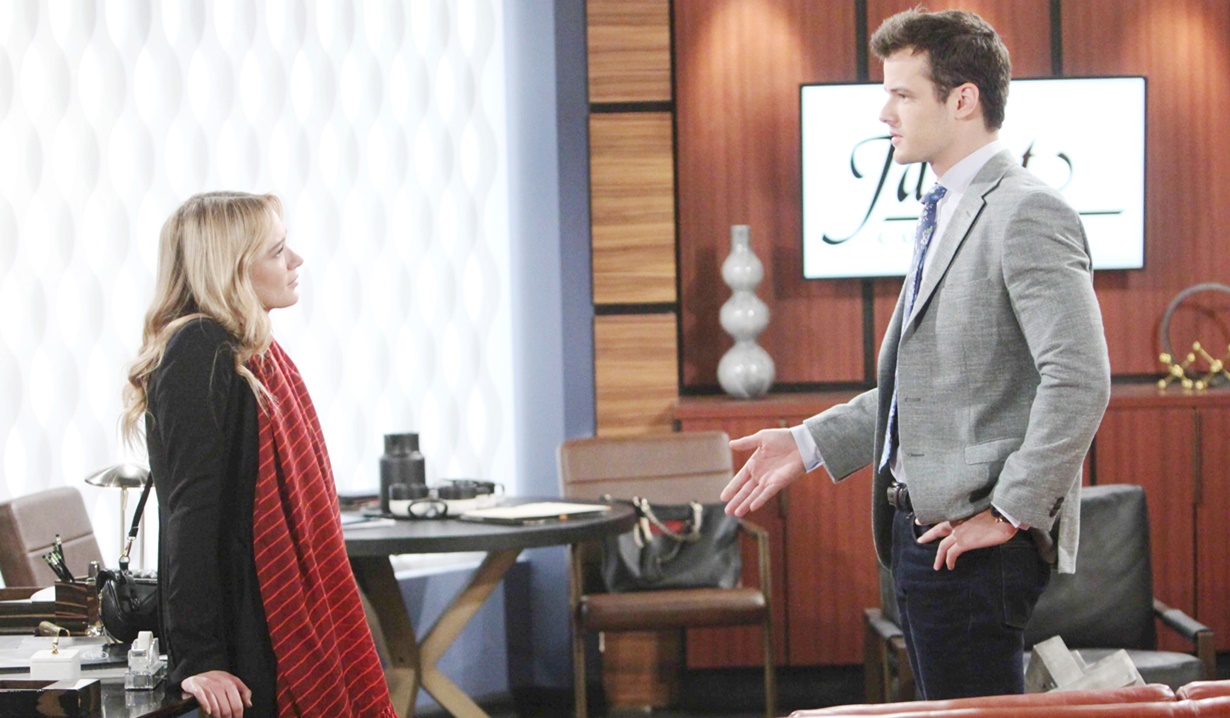 Mariah arrives at Tessa’s place, and Tessa accuses her of coming up with an out-of-town assignment because she knew Victoria would be paying her a visit. Mariah’s clueless. Tessa accuses Mariah of ratting her out and explains Victoria threatened to pin JT’s murder on her if she goes to the police. Mariah had no part of that, but admits she told Sharon the truth. Tessa says Mariah betrayed her, and won…Victoria has the thumb drive. 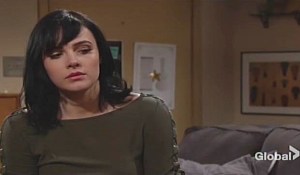 Mariah learns there was a back-up and feels stupid for thinking Tessa chose her over the video. Tessa insists her love never waivered…she doubts Mariah can say the same. They argue. Tessa kept a copy of the video to protect herself and Mariah let her down. Mariah reminds her she moved back in to see if there was anything worth saving. Tessa asks, “Was there?” Mariah doesn’t answer. Tessa exits.

At the Club, Phyllis encounters Devon at the bar getting coffee; he claims he’s tired from work. Devon says Hilary would have been proud of her launch, and Phyllis asks about him. Devon attended a concert last night. She’s glad he’s getting out. Devon talks about Jack calling him out, and Phyllis lets him know everyone who cared about Hilary cares about him.

At Crimson Lights, Kyle missed Lola this weekend. They kiss. She asks how the cabin was, but he didn’t want to go alone. She dodges his question about when she could accompany him.

Shauna lets Cane into Devon’s penthouse and they chat about Thanksgiving. She reveals Devon didn’t come home last night. Nate enters, and Shauna leaves. Nate updates Cane on Devon’s party. Cane explains Lily needs Devon and misses him. Devon arrives, and Cane asks where he’s been all night. Devon defends himself; there will be more late nights for work. Nate complains about his behavior of late. Devon sighs – Nate doesn’t know him that well. Cane cautions they’re concerned, but Devon asks them to go. Cane wonders if he’ll ask about his sister. Devon relays how difficult it would have been to discuss what they’re thankful for with Lily – he’s doing what he can do survive right now. Cane hangs around to say he’s sorry for being insensitive. Devon isn’t cool with being confronted like he has a curfew. Cane worries about the partying lifestyle. Devon says things will never be how they were, and that includes him.

At Victoria’s place, Nikki praises her daughter’s efforts with Tessa, but worries she’s not telling the truth about JT’s body. Victoria agrees they must find out who moved the body…and why. Phyllis arrives and complains they were being terrorized by a singing barista. They contemplate the idea that JT climbed out of the grave himself, before focusing on why someone would move the body. Nikki steps out to take Victor’s call, and Phyllis asks Victoria, “What if Victor’s the one who moved the body?” They debate whether it could be Jack, Nick, or even Billy. Victoria notes he was over there with Sharon, and seems to be handling the break up maturely. Phyllis advises there’s no new and improved Billy; she hopes Victoria wouldn’t reconcile with him. In the other room, Nikki and Victor have missed each other. He has a new office there and has someone in mind to run it. 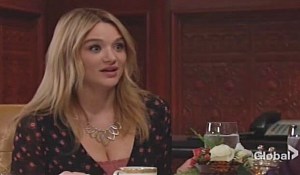 At the Club, Nikki meets with Summer and reveals that Victor wants to mentor her to head up the new office in Abu Dhabi. Summer worries it’s about scoring points against her father, but Nikki denies it. She reminds Summer what an opportunity this is, and Summer, overwhelmed, asks for some time to think it over. Nikki agrees, but warns turning this down would be a mistake.

At Jabot, Summer wonders if Kyle’s still mad at her kissing him. He won’t discuss it. She asks his advice on her job offer. Kyle ruminates that it would have been his dream job when he first came to town. Summer isn’t sure about leaving and suggests they would be so good together…unless she’s too late. Kyle cares, but isn’t in that place anymore.

Nikki returns to Victoria’s place and they agree they’d never bring Victor into their JT mess. Nikki gets a call from Summer, who accepts the job. Nikki disconnects as Mariah arrives, furious about Victoria’s visit to Tessa. Nikki sniffs that Tessa’s probably most upset about the cash. Mariah thought she gave the money to charities, and marvels that she’s a compulsive liar. Victoria advises Mariah will have to decide her next move with Tessa, as Nikki muses some elect to stay.

At the Club, Kyle confronts Lola about her real reason for not wanting to go to the cabin – is she not into romance? Lola figures he’d be romancing her just to get to the sex. Kyle admits he’d like sex, but he’s willing to slow down. Lola appreciates that, and stuns Kyle by revealing she’s a virgin.

At Tessa’s apartment, Mariah confronts her about lying. Tessa agrees; she’ll never be good enough for her, and asks her to go away and leave her alone. Mariah doesn’t want her to be alone and muses that life would be easier if you could put your heart on a shelf.

Ana Returns to Save Devon From His...