Phyllis Moves in With Nick 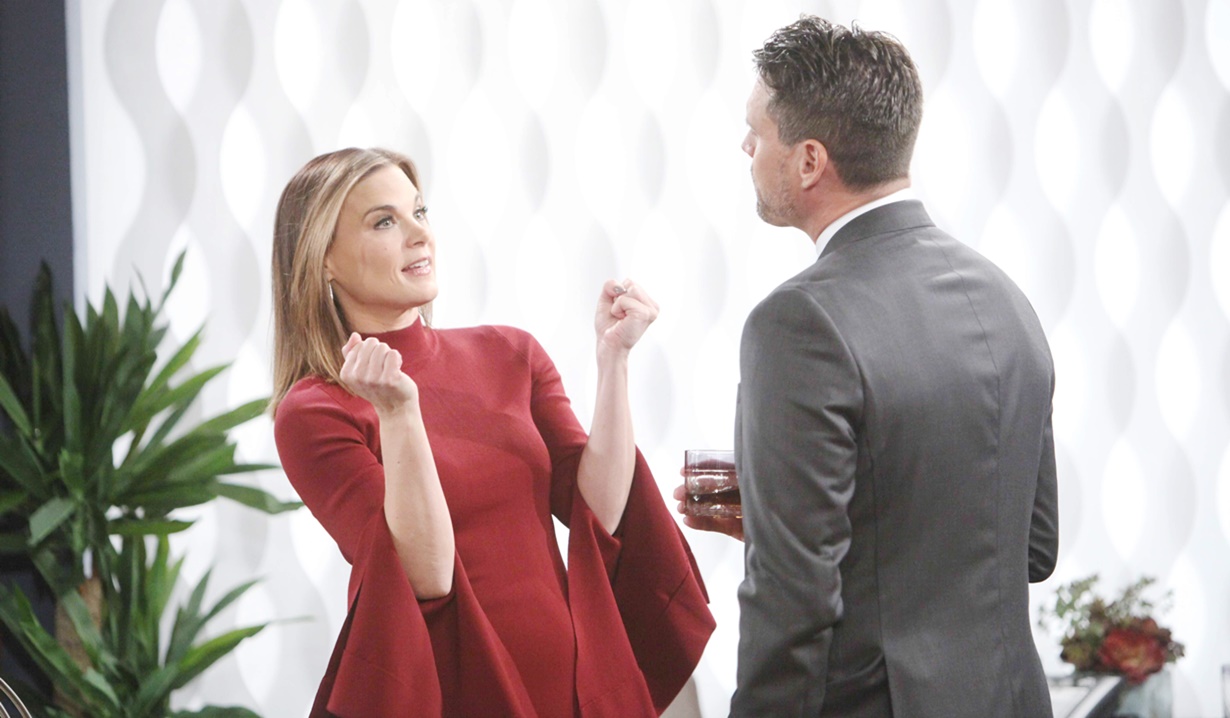 Victoria arrives at Dark Horse to invite Nick and the kids to Thanksgiving at her place tomorrow. She reveals she’s cooking, and Nick teases, “Ohhh…” He learns Nikki and Victor will be attending, and Vikki urges him to make amends with their father. Nick notes his other plans are beginning to look like they’re not going to happen, and accepts Victoria’s invitation.

Mariah arrives at Tessa’s apartment, and Tessa welcomes her home. She knows it will take work to get back on track, and is ready to start. Mariah asks how donating the cash went. Tessa lies that she drove around town and made people happy in eight different places. She asks about the thumb drive. Mariah says it’s gone for good, then asks, “Right?” Tessa gets that she doesn’t trust her. Mariah confirms it’s shattered. Tessa wants to watch movies, but Mariah begs off for work. Tessa wants to tag along, but Mariah tells her not to wait up. Outside, Mariah calls someone to meet and talk.

In the penthouse, Devon, hung over, surveys the aftermath of last night’s party, including broken glass in the framed photo of him and Hilary. The doorbell rings – it’s Nate. 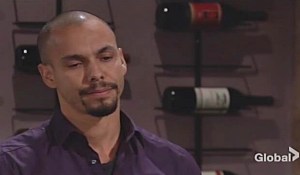 He notices Devon is feeling rough and learns he sent Shauna to Colorado to see her parents. Devon apologizes for being rude last night. Nate concedes he may have come off too strong. Devon admits it’s been hard for him lately…he misses Hilary a lot. Nate knows he does; he still has him moments over Caroline. They bond over worrying about the day they can no longer remember their voices. Nate reports that Neil, Cane and the twins are with Lily, and confirms their plan to have turkey sandwiches over football later. Devon agrees.

At the Abbott house, Jack tells Billy he’s hoping Ashley will join them for Thanksgiving tomorrow. Billy’s unconvinced she would cross the Atlantic to eat turkey…especially this year. Jack goes on about settling their differences and frets about his guilty feelings. Billy wonders if part of him wants to save the family firm and impress the board. Jack snipes that Billy doesn’t need to be this cynical. He talks about reinstating John’s holiday traditions and asks Billy about his out-patient rehab. Billy snarks if he ever gets the chance to be CEO again it won’t be an issue. He doesn’t believe Phyllis will be in the job long.

At Jabot, Phyllis reveals to Kerry she’s struggling with a personal issue. She decides Kerry might make a good sounding board. Phyllis explains she’s never afraid of a challenge in business, but her personal life may be different. They go over her recent romantic history, and she confides 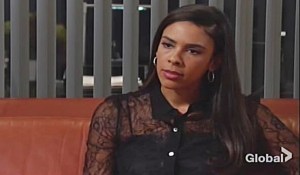 she’s now about to take the plunge with someone she has history with. Kerry feels Phyllis already knows what she wants. As Phyllis is leaving, she runs into Billy and Jack, ready to hand out wine to the employees as John used to do. Phyllis thinks the boss should be doing it, but they explain it’s a thanks from the Abbotts. Phyllis exits, telling Jack that Kerry’s in the office. Jack enters, and Kerry teases him about the gift. Jack laments her early departure from the launch, then alludes to the amazing Thanksgivings at the Abbott manse. Kerry has a relaxing evening planned for the holiday.

More: Y&R spoilers for Thanksgiving and beyond

Phyllis arrives at Dark Horse, where Nick says he was just on his way to see her. Nick apologizes for being presumptuous the other night…he got swept up. Phyllis thought a lot about his offer and surprises him by saying she’s accepting and really wants to move in with him. Nick gapes, “Seriously?” He kisses her and agrees to take her to tour ‘their’ house.

At Victoria’s place, Mariah wants to talk about JT. Victoria’s sorry she got involved this way, and notes it must have been hard to move back in with Tessa…they appreciate it. Vikki maintains the police have no evidence linking them to the crime and this will be over soon. Later, Billy arrives, and Victoria wants him at Thanksgiving dinner, but knows Victor’s presence makes it impossible. He agrees to come over after her family’s gone.

At Nick’s house, he and Phyllis canoodle and Christian runs in. Nick tells his son that it would be fun if Phyllis came to live with them. Phyllis gets Christian’s approval and he climbs on her lap. Christian goes off, and Phyllis worries about Faith. Nick reassures her. They agree they’re both all in, and decide to start her tour in the bedroom, even though she already saw it after the launch. Upstairs, they make love.

At the Abbott house, Billy advises Jack about his after-dinner Thanksgiving plans. Jack’s a little down, but takes a call from Kerry, who informs him she’ll accept his invitation to dinner, and perks up.

Mariah returns to Tessa’s apartment with the white box Tessa packed the teddy bear in; she ran into the mail lady, and says it’s addressed to Tessa. Tessa opens it and announces it’s from Crystal. She perches it on the kitchen counter to remind her of her sister.

Y&R is pre-empted for NFL football on CBS. 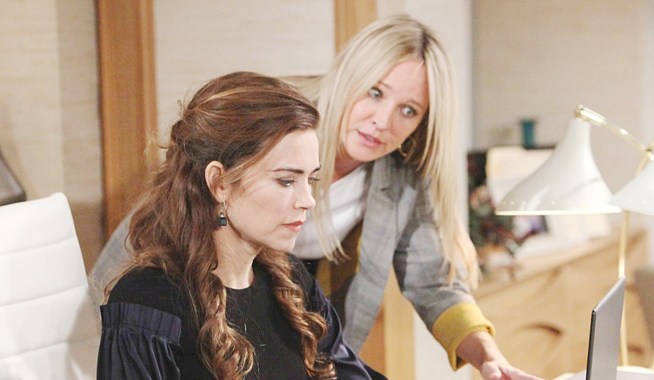 The Young and the Restless Is Pre-empted for Thanksgiving 2018 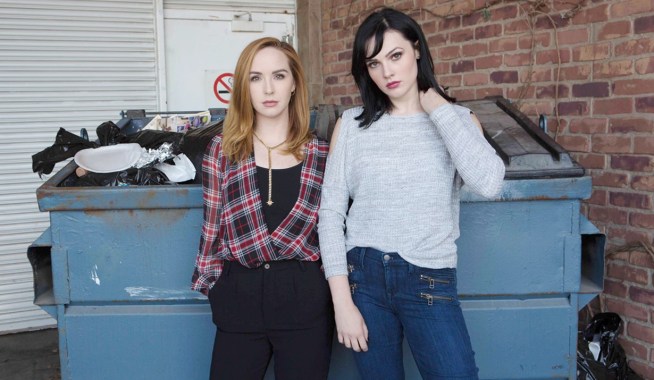