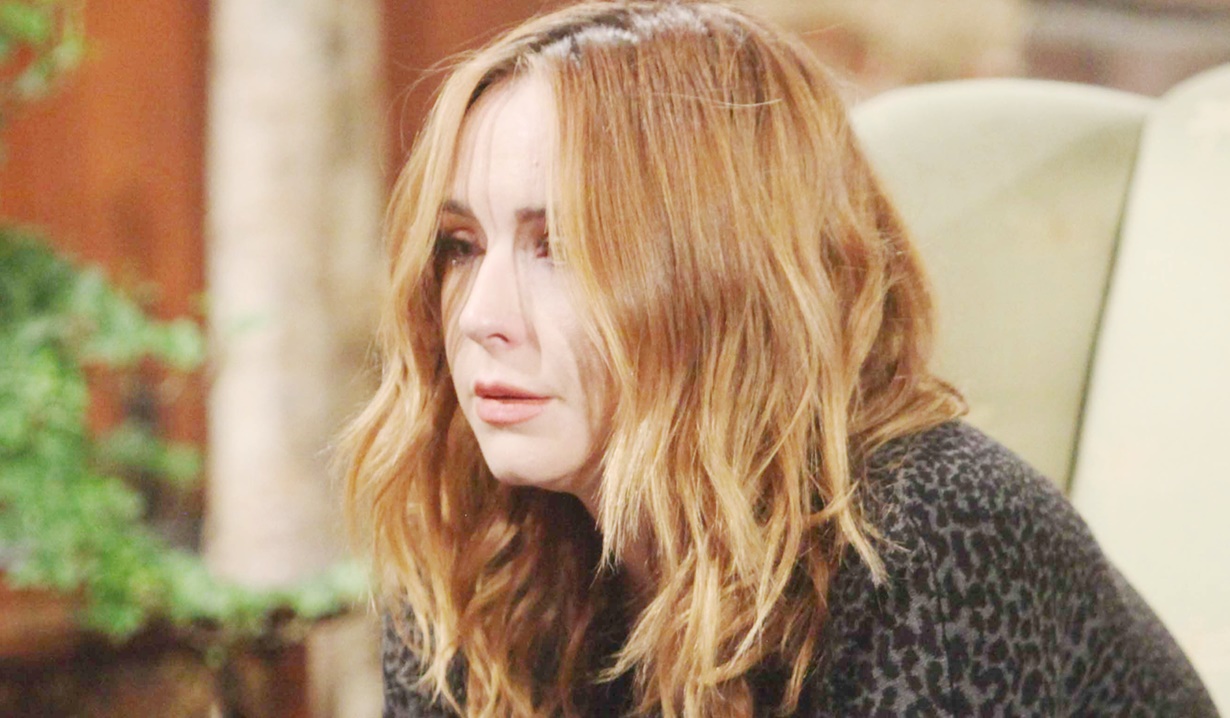 At home, Mariah needs to talk to Sharon, who is just too busy and moves toward the door, promising they’ll talk later. Mariah blurts, “No, now!” Mariah tells her mother she knows what she and the other women did that night…she knows what happened to JT. Sharon protests, “What night?” as Mariah shouts, “Don’t!” Mariah states that the four of them rolled JT up in a rug and buried him in Chancellor Park, that’s what the ‘charity’ meetings have been about – covering it up. Sharon stays silent. Mariah is scared and asks for the truth about what happened. Sharon explains how JT died and describes how they decided they couldn’t take the chance Nikki would go to jail. Sharon cries that it’s been horrible for all of them, and for JT’s kids. Mariah wishes she’d never found out. Sharon needs to know – how did she? Mariah informs Sharon that Tessa’s the one who has been blackmailing her.

At Dark Horse, Abby joins Nick, who asks if she’s alright. She assures him she’s fine, and turns the conversation to him and Phyllis. Nick confirms it could be serious between them. Once alone, he looks at a photo of him and Phyllis dancing and imagines it was Sharon, then Phyllis again. 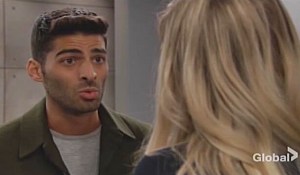 He texts the redhead, wondering if she’ll move in with him. Elsewhere, Abby dodges Arturo’s affectionate greeting, and complains that Mia living here changes things. Arturo has never felt for anyone what he does for Abby; he and Mia were young. He regrets getting caught up with her again after she married Rey. He wants nothing to do with Rey and Mia’s problems, and swears Abby’s all he cares about. He won’t lose her over this.

At Jabot, Phyllis is distracted by Nick’s text as Jack rambles about poor Abby being blindsided. He credits Phyllis for doing right by Billy, before bringing up Kerry. 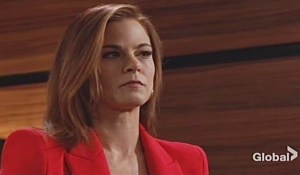 He’s interested in her and hopes things wouldn’t be awkward between him and Phyllis…he’s fine with her having fun with Nick. Phyllis reveals Nick asked her to move into his house. Jack worries about the kids, and questions if she’s over Billy. Phyllis muses they don’t have a healthy dynamic and talks about how she’s taken control of her life. Jack just wants her to be happy, and points out she didn’t answer his question about Billy.

In a nightgown, Mia welcomes Arturo into Rey’s apartment, and smiles, “It took you long enough.” Arturo wants her to get dressed, but she’s comfortable. Arturo complains about her airing dirty laundry and stirring up trouble. He won’t let her mess with what he’s built there. Mia was only telling the truth and feels now they can all work out their issues…he should be thanking her. They argue, and she starts advancing on him seductively. Arturo insists he’s not attracted to her. She grins as he leaves.

More: Y&R blog on everything coming up Rosales

Nikki, Phyllis, and Victoria arrive at Sharon’s place. Sharon has Mariah explain that Tessa has footage of them loading JT’s body into the trunk. They all panic as Victoria realizes JT had cameras up at the house and worries Nick saw the files. Phyllis reasons if he’d known about it, he wouldn’t have given Tessa the job of deleting it. The women support Nikki by explaining to Mariah that they all would have done the same thing for their kids…it’s why they made the pact. Mariah vows to keep the secret and doesn’t foresee a 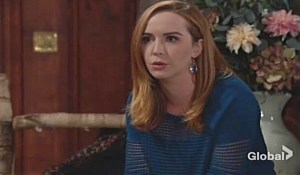 future with Tessa after this. Nikki worries that Tessa’s a serious complication – they’ll need Mariah’s help dealing with her. They update Mariah on the body going missing and tell her she needs to regain Tessa’s confidence to fill in the missing pieces. They also need the footage to destroy it. Mariah is conflicted, but agrees to win Tessa back in order to help them. Once Mariah’s gone, Phyllis insists this will be torture for Mariah, and Tessa must be dealt with. Victoria pipes up that she’s right…they can’t leave this up to anyone else. She got them into this mess, and she will get them out.

Jack finds Abby working at home. She doesn’t want to discuss last night, but they do anyway. Abby admits that the situation with Arturo sucks – he wasn’t honest with her about Mia. Jack counsels her not to back away because of a challenge. He regrets not fighting harder for someone he cared about, and wouldn’t want her to feel that way. Abby thanks Jack for listening, she misses her mom. He does too. Abby leaves…to ‘fight’.

Arturo returns to Dark Horse, where Nick reveals Abby’s working from home. Arturo expresses his regrets regarding Mia. Nick also had a mistake broadcast in a humiliating way, but he’s not entirely confident about Arturo, who hooked up with his mother. Arturo vows to fix things with Abby. He moves to the breakrooom and texts her as Mia appears and says, “We’re not done.” Arturo wants her to leave, but Mia feels they have a profound attraction. He snarls, “It’s dead.” Mia’s not buying it and moves in close. Abby appears and tells her Arturo wants her to back the hell off. She adds the stunt Mia pulled at the event was cheap and tacky, just like her. Abby advises her to consider this a warning. In Nick’s office, he texts Phyllis to ask if she’s reached a decision yet.

Sharon questions Rey about his wife.

Nick Presents Phyllis With a... 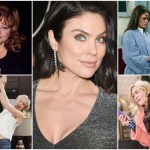 On the 22nd Anniversary of Nadia Bjorlin's Days of Our Lives Debut, a Photo Album of Chloe's Salem Life Reminds Us Why We Can Never Get Enough