Thursday November 15, 2018: At the Jabot party, Sharon and Billy try to annoy Phyllis and Nick while Tessa explains what happened to JT to Mariah. 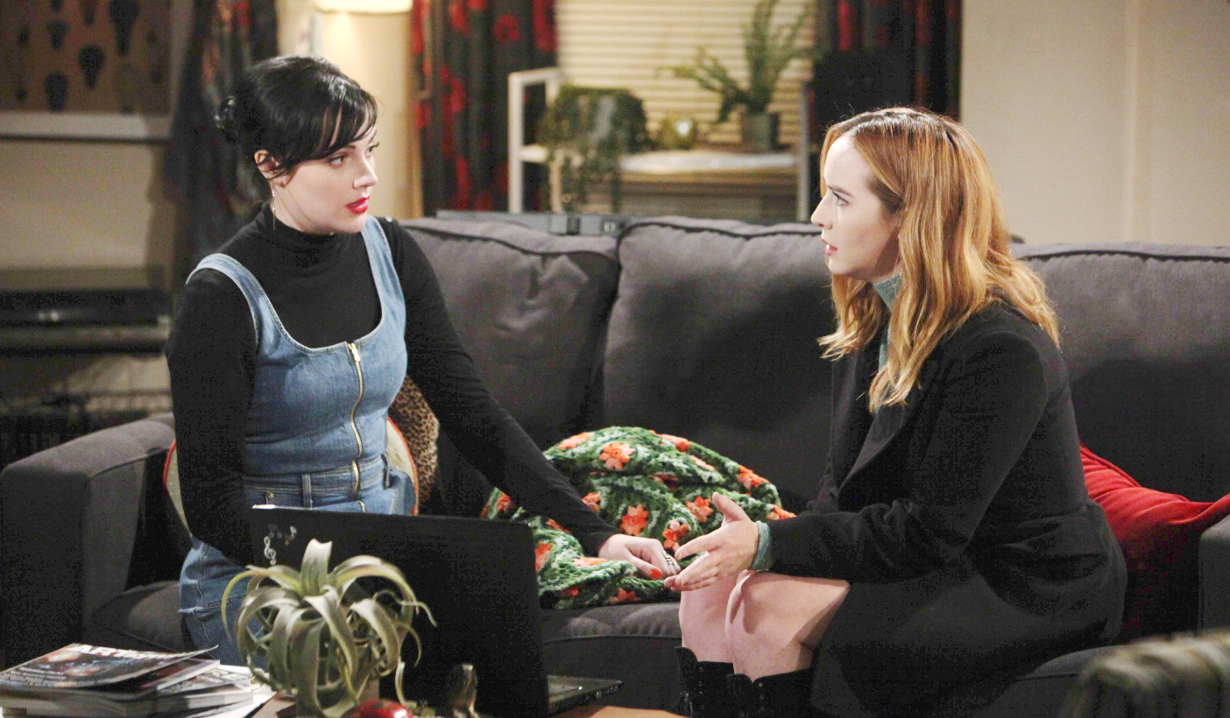 Billy drops by Sharon’s to pick her up and admires her outfit. They talk about his plans to irritate Phyllis and he’s sure Sharon is the perfect person to help him do that. He assures Sharon that she is not a ‘prop’ but great company and she is happy to shove all of this in Nick’s face. 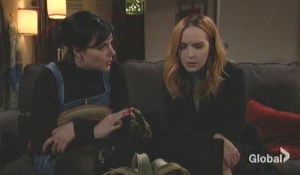 Tessa shows Mariah the video of Phyllis and the others tossing JT’s corpse into a trunk. Mariah is confused so Tessa says that they took him to Chancellor Park to bury him. Mariah can’t believe it and claims JT took money and drove off. Tessa explains that Nick asked her to get rid of a bunch of files and discovered a collection of emails from JT. They linked to the surveillance footage in JT’s secret account. Mariah suggests they destroy all the evidence, but Tessa has made secure copies. They argue about this and what to do. Tessa points out that she kept catching the four women together acting suspicious, so she blackmailed them. Mariah can’t believe she did this to them after everything they did for her. Gesticulating wildly, Tessa explains how terrorized she was. She wishes she could have acted more like the girl who Mariah fell in love with but she’s not that girl. They sit down and Tessa details how she tracked down JT’s body. She only needed $20,000 but upped it so they wouldn’t realize it was her. In tears, Mariah remains in denial, insisting there must have been extenuating circumstances. Tessa claims she never would have gone to the cops, but Mariah still can’t forgive her for this. She runs out.

At the Abbott estate, Jack and Traci get ready for the party. They wonder who Billy’s date will be.

Nick drops by Jabot to see Phyllis and wish her luck. She says they are making their debut as Genoa City’s newest power couple. He keeps getting calls from a crime reporter and ignores them.

At home, Rey isn’t thrilled when Mia wants to go to the party. He’s reluctant to but she goads him into going along. 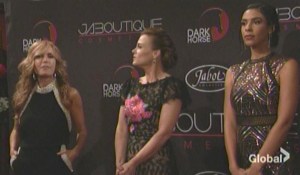 At the Club, Kyle claps as Lola gives her team a pep talk so they’ll be organized for the party. He appreciates her doing this and is sure it will be great. She’s too busy to talk and rushes off. Soon, the place is filled with guests. Abby and Arturo spot Rey and Mia. While she drags him around, Phyllis and Lauren are posing for cameras until they pull Kerry up with them to make their statement to the press. Phyllis announces that this is the dawn of a new future and Lauren explains what Jabotique is. Sharon arrives with Billy while everyone is clapping. Once they spot Nick, they grab some booze and start making a show of themselves. When Billy steps away, Rey rushes over to say hello to Sharon until Mia pops up and drags him away. Across the room, Traci tells Phyllis this is the party of the year. 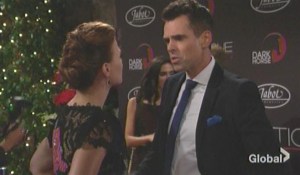 Billy yanks the redhead away and accuses her of stealing his idea. They bicker about this and he insists it’s necessary that he get credit for the sake of his career. When she threatens to expose why he lost the CEO job, he accuses her of hitting low. Back across the room, Nick asks Sharon if she’s on a real date and quizzes her about Rey. As this heats up, Phyllis hauls him away and says power couples don’t get in public fights. He toasts to what a great party she’s thrown, and she admits she feels energized. Meanwhile, Jack gets Kerry to dance with him until she’s tired and he walks her to her car. Michael dances around the room with Mia. When Mia is left alone, Abby corners her and asks about the tension between Arturo and Rey. Mia suggests she avoid getting in the middle. Arturo pulls her away before she can explain. This leaves Abby to chat with Devon and Lola. Arturo and Mia argue about what happened in Miami and she stomps off. He chases after her and Rey corners them. They start bickering while Abby watches Mia blame Rey for driving her to have an affair with Arturo.

Summer throws herself at Kyle.

Nick Presents Phyllis With a...