Monday November 12, 2018: Nick is on board for Phyllis' double request, Rey's wife shows up after he and Sharon kiss, and Mariah is stunned by Tessa's actions. 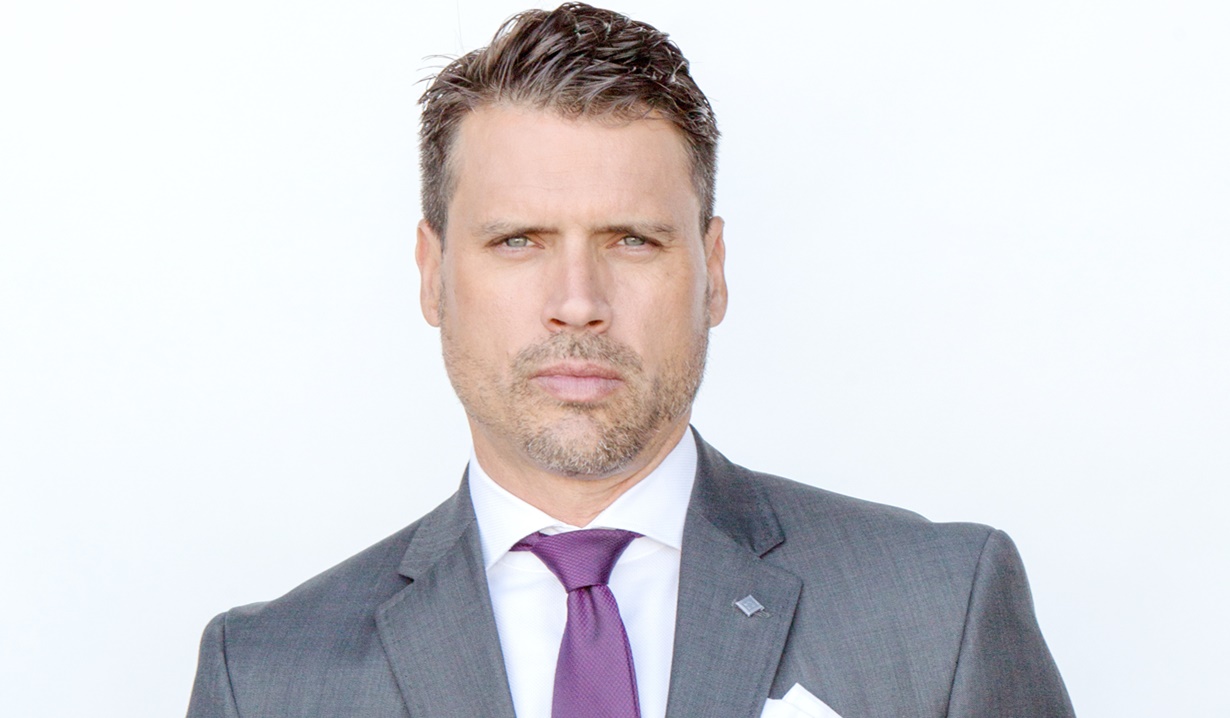 At the station, Sharon approaches Rey, who suggests she ask one of the other detectives for work. Sharon’s irked. Nick arrives and Sharon’s shocked to learn he’s there to be questioned. In the interrogation room, Nick insists he last saw JT in the hospital. Rey hints he might have wanted to ensure JT disappeared. Nick protests; he’s innocent. After, Nick angrily approaches Sharon and advises her to warn Rey if he keeps coming after him or his family they’ll have a problem. Sharon joins Rey in the interrogation room to confront him about accusing Nick of being a killer. Rey wonders if that’s the only reason she’s upset. Sharon snarls that he’s shutting her out since things got complicated. Rey doesn’t want it to be like this, and Sharon doesn’t want to lose their friendship. Rey plants a deep kiss on Sharon, and she returns it. After, Nikki enters. Sharon exits and Nikki asks Rey what he wants since he received the information on Chancellor Park. Rey’s looking for Victor. Nikki explains he’s in Singapore on real estate business and insists her husband’s not a killer. Rey asks her to have Victor get in touch or he’ll track him down. Nikki exits and updates Sharon before advising the closer she is to Rey, the better. Sharon rejoins Rey to discuss the kiss. They can’t stop thinking about each other and agree to figure it out at his place tonight.

In their studio apartment, Mariah has to go out, but promises Tessa she’ll organize everything when she gets back…especially in the closet. Tessa’s fine with that, it’s her home now too. Later, Mariah returns, and Tessa’s gone. She cleans the closet and opens the duffle bag, but the cash has been moved. When Tessa returns, Mariah announces she got a new bed delivered and pitched the old mattress into the dumpster. Tessa freaks out about her throwing away her belongings without asking and storms out.

At Jabot, Kyle chats to Phyllis about covering the bills for the launch. Phyllis insists it’s taken care of, and notes he’s annoying her. Kyle keeps pestering. Phyllis assures him she has a potential partner who’s willing to underwrite the costs. Kyle marvels that Nick’s picking up the tab for Billy’s brainchild. Phyllis dismisses him.

At Newman, Victoria rolls her eyes when Phyllis calls. She warns Nick got interrogated by the police. Victoria relays that she and Nikki will be going in as well, it’s just routine and she should relax.

At the Club, Kyle meets Mariah, who informs him she moved in with Tessa last night and she’s already stormed out on her. She explains about the mattress, and Kyle wonders if she made Tessa feel like a charity case. Mariah thanks him with a peck on the cheek. After, Kyle sits with Lola and tells her Mariah moved in with Tessa. Lola enthuses they should get them a housewarming gift, then says she means ‘she’ should get them a gift. Kyle likes ‘we’. Kyle says he’s responsible for getting Mariah and Tessa together, and Tessa calls out his bragging. They laugh, and Kyle asks her to attend the launch with him. Lola’s not into fancy events, but has a dress that will work – she’ll be with him, which is good enough for her.

Victoria arrives at the station and Rey asks her about the last time she saw JT. Victoria repeats her statement that he came to her house and she gave him money to leave town. She hasn’t heard a word since then. Rey muses about no one seeing him coming or going that night. They discuss the watch. Rey claims there’s evidence the watch was lost after he was at her house, he can’t tell her anything else. After Victoria exits, Rey calls someone and says she stuck to her story, but there was a ‘tell’…she asked about the watch and the DNA – she knew there was no body to be found.

At Newman Enterprises, Nick meets with Victoria and Nikki about Rey’s interrogations. He’s not so sure Victor isn’t behind JT’s death. Nikki is certain he didn’t do it and urges Nick to trust her. Nick feels they must unite as a family to protect themselves. Later, Nikki tells Victoria that Rey hasn’t put things together, and wonders about the blackmailer. Victoria hopes this is where it ends. It turns out it’s his wife, Mia (played by Noemi Gonzalez). She’s figured out she wants to be together and croons that she’s missed him. When she goes to freshen up, Sharon arrives. Rey stammers, “I can’t do this.” Mia reappears. Rey makes introductions. Sharon pretends to check on the oven. Mia muses it was nice of her to check in person. Sharon leaves. Mia observes that Rey’s made himself at home in Genoa City.

At Jabot, Phyllis suggests to Nick that Dark Horse co-sponsor her launch. Nick’s in. Phyllis also needs a date. Nick’s wary that this is about Billy. Phyllis shrugs that pissing him off is a bonus, and suggests they’ll be a power couple. Nick likes the idea. He closes the blinds and tells her he’s absolutely in. They start kissing.

In the alley outside their apartment, Mariah’s stunned to see Tessa filling a bag with cash from her mattress.

Lauren comes to the rescue.

Mariah Moves in With Tessa, Who's...

Mariah Leaves Tessa Over the...