Wednesday November 7, 2018: Billy learns Phyllis and Nick are sex buddies, Summer gets to work with Kyle, and Kerry accuses Jack of trying to undermine Phyllis. 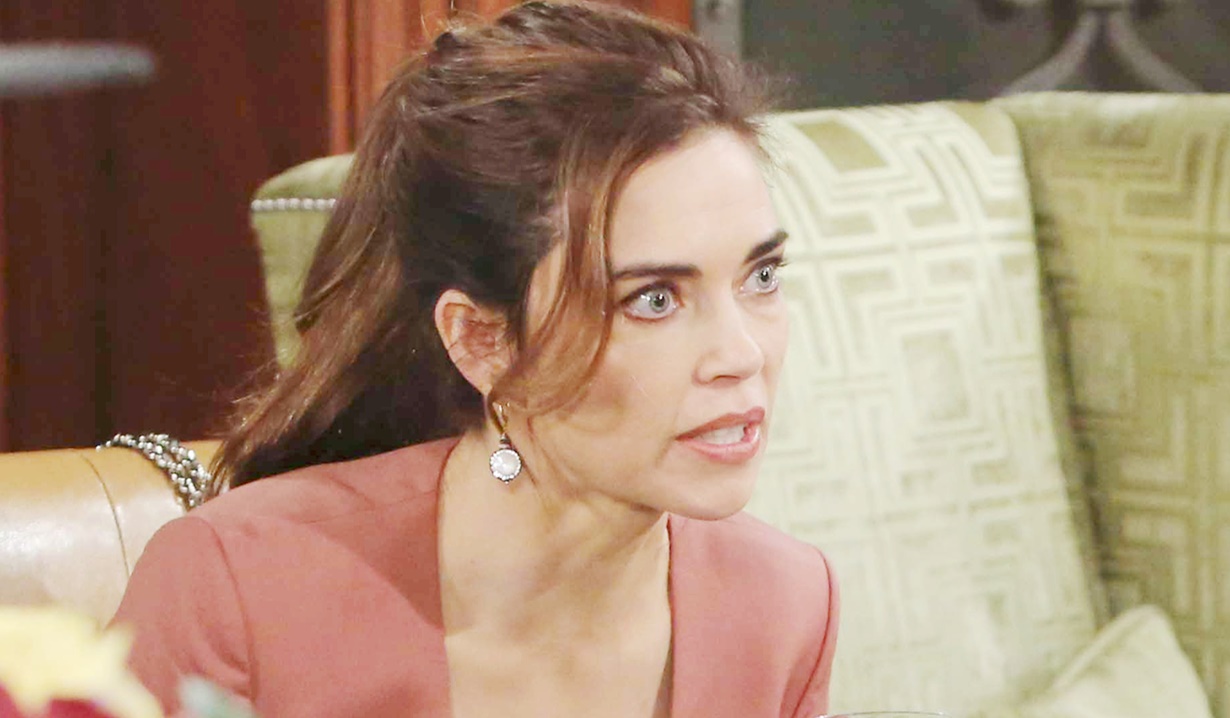 At Jabot, Kyle tries to get away from Summer, who wants to work together. He leaves in the elevator. Summer notices Jack and her mother arguing in the office. Inside, Jack suggests Phyllis conduct her personal affairs in private. Phyllis reminds him it’s none of his business and advises him to stop living in the past. Jack doesn’t want to upset her anymore. Billy arrives. Phyllis pre-emptively announces that she slept with Nick last night and Jack doesn’t approve. Billy just wants to work. Jack leaves. Phyllis clarifies that she didn’t have sex with Nick for revenge, but Billy wonders why it was the first thing out of her mouth. Phyllis calls him a narcissist for thinking his opinion matters to her after using her daughter. Billy packs up and goes. Next, Summer joins Phyllis to discuss ideas for the virtual dressing room. Summer wants her mother to put Kyle on it with her. Phyllis doesn’t trust him, but Summer urges her to fire him or give him something real to do.

At the Club, Victoria and Sharon are frustrated not having heard from the blackmailer. They speculate about the moved body, and Vikki wonders if JT could be alive. She urges Sharon to peek at Rey’s files again to see if there’s anything to be concerned about…this is consuming her life. Sharon worries –

he caught her before. Victoria’s desperate. Later, Kyle arrives and approaches Kerry, who invites him to join her. Kyle notes everyone’s raving about her, and she sarcastically replies she’s heard fascinating things about him as well. Kyle offers to help make her job easier. She asks where he got his chemistry degree from. Kyle insists Ashley taught him things and they could work together the same way. Kerry questions if he’s angling to conspire against Phyllis – she’ll relay the conversation to her. After a time, Kyle gets a call from Phyllis with an update on marketing – she has a major assignment for him.

At the coffeehouse, Arturo tells Abby he hopes they figure out who lost the watch. Later, Billy encounters Summer, who questions if the coffee’s hot enough to scald the sleaze off of him. Billy reminds her they work together, and lets her know about Phyllis and Nick. Summer doubts they’re rekindling ancient history. Billy thought she’d like it, though there’s not angle to work to her

personal advantage. Summer snarkily suggests Billy get back at Nick by seducing her grandma, Nikki. Jack appears and asks, “What the hell was that?” Billy confides he doesn’t think he and Phyllis can work together; she’s too angry at him. Jack’s missing something – why is she so upset with him? Kerry appears and pulls Jack aside to warn him about his son and question if they’re a father/son tag team. She knows they want to squeeze information from her to ensure Phyllis fails. Jack reassures Kerry, who advises him as the head of the family to support Phyllis. Jack offers her a ride, and she accepts.

At the station, Mac arrives to see Rey, who thanks her for coming, and explains he requires her help to confirm a new lead.

Mac will do anything; she needs answers for her kids’ sake. Sharon arrives and is surprised to see Mac, who goes off with Rey. Sharon calls Victoria to fill her in. Vikki figures it’s a last-ditch effort to keep the investigation, but Sharon relays that Mac seemed upset, like something had happened. In the interrogation room, Mac confirms to Rey that the watch was an anniversary gift to JT, who loved it. She asks where he found it.

At the Club, Victoria thanks Mac for meeting, and they discuss Sharon working at the station. Mac updates that Rey had her identify JT’s watch, but didn’t say where they found it. Victoria learns Rey said it was a significant lead. They commiserate over the kids. Mac thinks they’ll get answers soon. Vikki agrees to keep Mac posted. Abby appears, and Vikki tells her about the found watch. Abby says Arturo found it in Chancellor Park.

At Crimson Lights, Sharon joins Billy, who breaks the news about Nick and Phyllis being sex buddies. Sharon wonders how he can work with her. Billy feels it will be temporary, and tells Sharon she deserves better than Nick’s lies. Sharon will have no doubts now and admits this is a relief. Billy advises her to call if she needs anything.

At Jabot, Summer finds Kyle waiting in Phyllis’ office for his new assignment – she has the details. Summer relays she recommended him, and he’s shocked. Kyle’s keen to work together tonight – he’ll have to call Lola and cancel their movie. After, Summer asks Phyllis what’s up with her and Dad. Phyllis wishes she knew. Summer wants her to move on, but isn’t sure this is how to go about it.

At the park, Arturo wants to finish his job, but Rey is taking over the site; it’s a crime scene.

Cane Wants to Move His Family to Be...