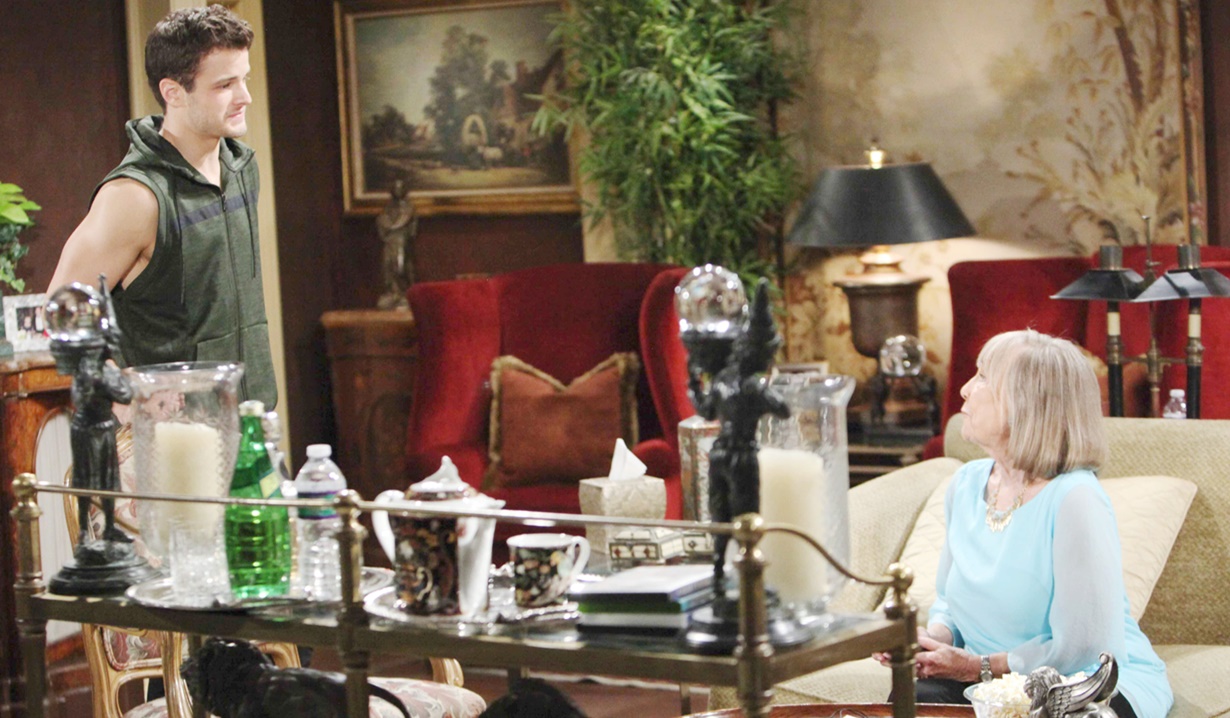 At Jabot, Dina dances with the file from the safe as Kyle warns her to slow down. Dina insists the paperwork will show Ashley she’s a very good mother. In the corridor, Billy chats with Ted at the reception desk about the latest Abbott drama and his break-up. Billy snarks he was able to quit two bad habits…gambling and Phyllis. In the office, Kyle locks the door, and Dina becomes agitated that a document’s missing. When she finds it, Kyle reads that it grants Ashley the rights to all patents and developments from Jabot, excluding all others, for perpetuity. Billy tries to get in, so Kyle slips out and tells him Dina’s in there thinking she’s talking to John. Billy takes off. Kyle returns to Dina and asks if it was her idea to give Ashley ownership of Jabot’s assets. Dina spouts it was a present for Ashley, and she and John did it together. Kyle says it’s null and void without John’s signature. Dina shows him – he signed it – and demands to go home. Kyle re-reads the document and marvels that it’s airtight; he can’t imagine what Dina was thinking – it gives Ashley ownership to practically all of Jabot’s major product lines. Dina doesn’t like his tone. Kyle states he’ll take care of this. Dina wants to know where John is – she doesn’t trust Kyle. Dina snatches back the document.

At Newman Enterprises, Victoria and Sharon contemplate the blackmailer’s email. Sharon warns Victoria they have to do something fast, or by tomorrow everyone in town will know what they did. Victoria still believes they could be bluffing, but Sharon wonders how far she’s willing to drag this out. Vikki points out if they pay, the blackmailer will increase their demands. Sharon asks, “Then what are we going to do?”

At the Club, Phyllis joins Nick and Jack and reveals she’s had an epiphany about making better choices. She’s Billy-free and wants to toast to new beginnings. Nick’s skeptical, and Jack asks what made her see the light. Nick thinks something big must have happened. Phyllis maintains she saw an ugly side of Billy – that’s all he needs to know. Nick leaves, and Jack tells Phyllis he’s proud of her. He’s glad she’s standing up for herself, and Summer gets to see it. Phyllis tells him to stop. Jack laments that Billy’s still angry. Phyllis recalls how hurt Billy was because of her – and reveals he hurt her back by inflicting the maximum damage. She marvels at Jack’s ability to forgive…what they did to him was heartless. Phyllis cries that she’s so sorry. Jack wipes her tear; he forgave her a long time ago.

Nikki’s entertaining Christian at Crimson Lights when Rey appears. Nick arrives, and Nikki becomes serious when she checks her missed messages. She abruptly takes off. Rey tells Nick the same thing happened with Sharon at work today. Rey gives Christian a mini squad car and Nick questions him about his wife. Rey claims to be private, but Nick figures Sharon knows. He accuses Rey of making Sharon think he’s the last of the good guys, but he isn’t fooled by him. Rey insists nothing’s going on with him and Sharon. Nick states that Sharon belongs with him; that’s how it’s going to end. He warns Rey to do the right thing and stay out of this.

At Newman Enterprises, Phyllis tries to trace the blackmailer’s digital fingerprint while the other three women speculate. Phyllis is unable to find the blackmailer’s identity since he’s using a VPN. Talk turns to moving the body. Sharon, horrified, says, “The smell alone…” She wants to pay the money and be done with it, and heads home to see her daughters.

At Sharon’s place, Mariah’s surprised at her mom’s emotional embrace. As they’re planning their evening, Mariah gets her 10th call that day from an unknown caller who breathes, but says nothing, and hangs up. Sharon freaks out when Mariah admits she thought she was being followed as well. Sharon slips away to update Victoria, Nikki, and Phyllis. She hisses, “They come for my kids it’s game over.” Nikki decides she’ll pay the money tonight.

In the GCPD, Rey contemplates the mini squad cars like he gave to Christian.

At Dark Horse, Nick plays with Christian and his new car and talks about making your mistakes right.

At the Abbott mansion, Billy informs Jack that Kyle’s at Jabot with Dina. Jack reveals he saw Phyllis earlier; he gathers Billy hit a new low even for him. Billy shrugs; it was an effective solution. He suggests Jack go save Dina from Kyle. Jack heads out to Jabot.

At Jabot, Kyle talks Dina into letting him put the document back into the safe. He walks Dina out, then tells her he left his keys on the desk. He retrieves the document from the safe and is about to shred it when Dina hollers, “What are you doing?” She grabs onto the document and yells, “Stop it, I say!” 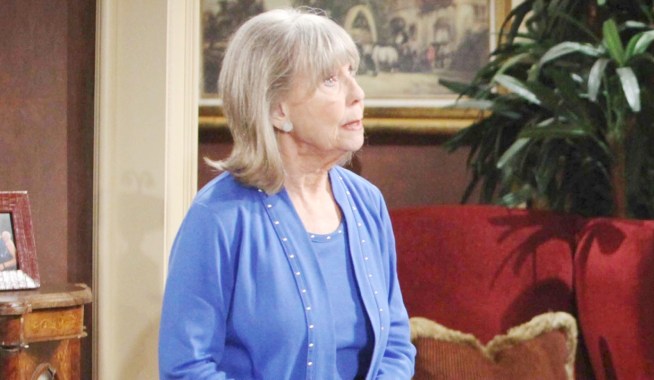 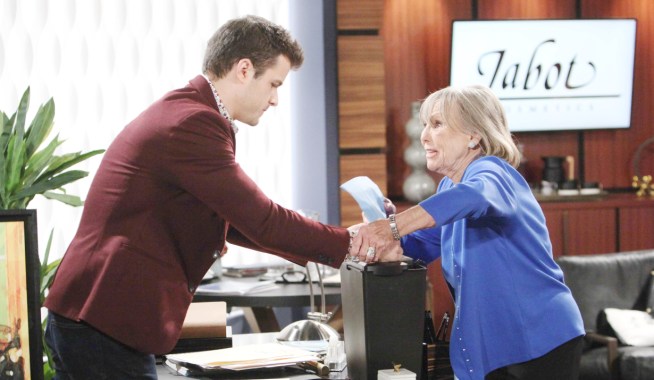