Tuesday October 16, 2018: Billy returns from rehab and gets a shock, Victoria, Sharon, and Nikki meet about the notes, and Abby confronts her mother. 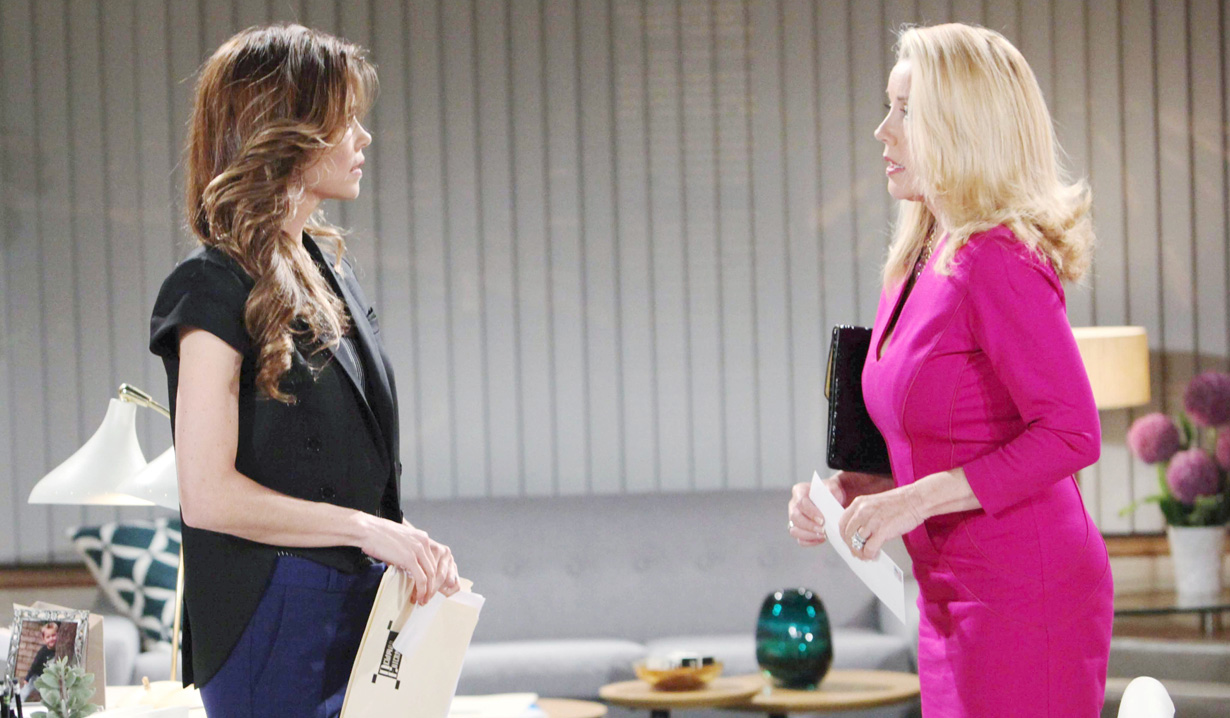 At Jabot, Jack tells Ted in reception he was the one who put the chair through the glass, and mutters ‘she’ was lucky he didn’t chuck it at her head. Jack wants Ted to call the board to meet at the Club…they have unfinished business to attend to.

At the Abbott house, Ashley remarks to Abby and Traci on Jack’s out of control behavior. Traci tells her they want answers and deserve to get them. Abby cannot believe it’s possible she hurt Jack that way. Traci’s mind is blown as well. Ashley knew how Jack would feel, and as for his spiral, she’s not responsible for his choices. She complains they never confronted Jack when he used the blood Abbott clause against her. Ash wasn’t about to react by keeping the peace as she’d always done before. Traci wonders if Ashley is blaming her and Abby, but Ash takes responsibility for her own actions. Abby reiterates it wasn’t right. Ashley argues her own brother doesn’t see her as an equal. Abby can’t understand he behaving as though this is business as usual – she wishes she’d taken a break instead of going after Uncle Jack. Ashley howls that it’s not fair – she’s the most qualified person to run Jabot! She hollers they’re not being supportive and cries that Jack always wins and no one ever tells him he’s gone too far. Traci argues she’s given up her principle and integrity and Jack may never forgive her. Ashley doesn’t care – Jack will never underestimate her again; she feels so good. Traci feels guilty for not realizing how much pain Ashley was in, and not admonishing Jack. Abby refuses to accept that Ashley had no other options. Ashley defends her actions, and says she can take whatever Jack throws at her. Traci hasn’t seen any remorse from Ashley, who confirms she has zero regrets.

At Crimson Lights, Tessa chats with Arturo and Lola about her Cuban coffee. Lola shows her how to make it. Arturo asks Tessa about Kyle and his arrest, which leaves Lola furious with him. Tessa arranges for Lola to give her more pointers, and Arturo gets paged to Jabot. He muses he may swing by Kyle’s office. Lola warns, “Don’t you dare,” as he leaves.

At the Club, Sharon complains to Nikki and Victoria that they walked out on her. She’s upset and Victoria wonders why – because they and Phyllis won’t cave to blackmail? Sharon wants them to reconsider, and argues that Phyllis has terrible judgement and might leave the three of them to take the fall. Victoria doesn’t think she’d do that, but Sharon asks if she’d stake her future on it. Nikki realizes Sharon’s angry with Phyllis, but they have to keep emotion out of it. Victoria decides she’s rethinking her position, but Nikki lists the reasons they shouldn’t pay. After some more debate, Nikki decides she’s going to pay the bastard. Victoria thinks they should let Phyllis know, but Nikki hits ‘send’ and says it’s too late. Sharon peers at the laptop and exclaims, “Oh my God, Nikki, what have you done?” Nikki’s sent the note-sender one dollar. She hopes the blackmailer will understand they’re not intimidated and back off.

Kyle arrives at Jabot, wonders if Jack wants a drink, and asks how it feels to be back there. Jack regained his father, but lost a sister. He ponders that he bears some responsibility for what happened, but Kyle argues Ashley’s a snake. Suddenly, Billy appears and exclaims, “What the hell? I was gone a week.” He reveals he’s graduated to rehab out-patient therapy and asks what he missed. Once updated, Billy marvels at Ashley’s actions. Kyle points out Billy and Jack are brothers again. Billy anticipates having a go at Ashley, and reveals he was set up to gamble; it must have been her. Kyle interjects that Ashley refused to participate in tempting Billy to gamble. Billy realizes it was Kyle and lunges at him. Jack holds them apart, as Kyle argues Billy would have done it anyway, he just sped up the timeline. As they fight, Arturo arrives and consults with Ted about replacing the window. Billy is hollering he won’t let this go, when Ted updates Jack that his board meeting is set for the Club…without Ashley. Jack intones, “It’s time to bring an end to the chaos.” Arturo takes a call from Abby, who feels her family’s falling apart. After Billy and Kyle leave, Jack holds Ashley’s award and grimaces. Arturo can see he’s hurting. Jack will take care of it…the way his father would have wanted.

At the Abbott mansion, Ashley calls out for Abby and Traci, who are gone. Suddenly, Billy, Kyle, Jack, Traci, and Abby show up. They announce they had a board meeting. Ash asks, “Without the CEO?” Abby steps forward to explain what she did was wrong. Traci reveals there was a unanimous vote to remove Ashley as CEO. 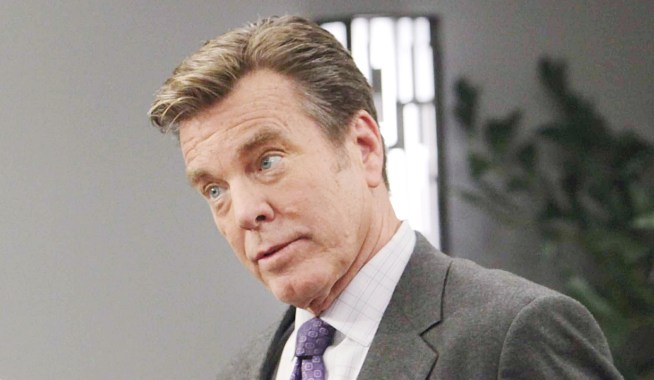