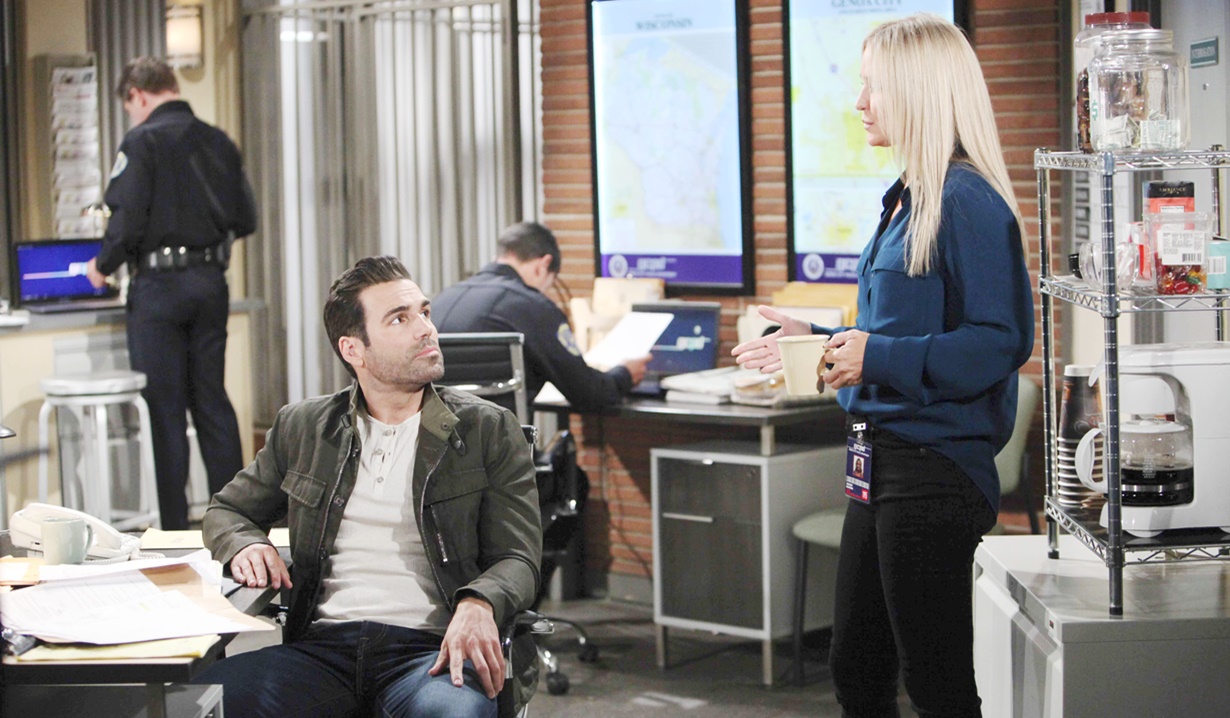 At the Abbott house, Jack learns Kyle’s working from home and warns he’s lucky to still have a job. Kyle argues he can handle Ashley. They argue about Kyle’s tactics, which he describes as ‘driven’. Jack warns if he always has an agenda people won’t trust him. Kyle complains Ashley used him to get what she wanted, then acted like she owed him nothing. He predicts her scheming will catch up with her.

At Jabot, Ashley chastises Phyllis for being late and they spar verbally. Ashley finds Andrew waiting in her office – he figured they’d want to discuss their new deal behind closed doors. By the elevator, Phyllis opens mail and receives the same cryptic note as Victoria and Nikki. In the office, Ashley accuses Andrew of blackmailing her, but he calls it a mutually beneficial arrangement. Ashley’s showing him the door when Neil arrives. Once alone, Neil offers to set the guy straight if he’s over-stepping boundaries, but Ashley’s got this.

At Dark Horse, Summer’s sorry about what Nick’s going through, and denies telling Sharon – she wouldn’t ruin their sweet deal. Nick’s disappointed she’s concerned about her extra cash. Summer urges him to try again with her mom. Noah enters as Nick accuses Summer of telling Sharon so as to reunite him and Phyllis. Summer retorts it was Mariah and stalks out. Noah advises Nick to just be friends with Sharon, but Nick won’t give up.

At the GCPD, Rey notices Sharon’s still off and asks her to join him for dinner. Sharon’s not ready to date, but Rey clarifies he was offering an authentic Cuban dinner including his sister – he was hoping Sharon could help with their tension. Sharon agrees. After Rey walks off, Phyllis appears and informs Sharon this time, she’s gone way too far. Sharon denies sending the cryptic note – if she wanted to get to her she’d be way more direct. Phyllis asks, “Oh like sending me down a flight of stairs?” Rey intervenes. Phyllis claims they’re fighting over what happened at Sharon’s wedding before leaving.

Summer sits at Crimson Lights texting Billy to no avail. She spots Lola with Tessa and introduces herself. Lola’s heard a lot about her. Summer insults her for working in a food truck until Tessa tells her to back off. Lola invites Summer to say what she needs to. Summer advises Kyle can sniff out a gold-digger a mile away. Lola glares after Tessa stops her from throwing the coffee urn at Summer. Tessa joins Summer on the patio and mocks her for ‘making friends’. Kyle arrives, and Tessa references the collision between his past and present. Summer admits she met his new girlfriend, and he deduces she’s jealous. Summer claims she has someone new too – Billy. Kyle doesn’t believe it. Summer insists he came to her and didn’t leave until the next morning. Kyle sarcastically muses it sounds like a real love story, and leaves Summer downcast.

In Rey’s apartment, Lola’s cooking when he arrives. He senses something’s bothering her, but she doesn’t want him fixing things for her. Sharon arrives, and Rey makes introductions. Sharon has a lucky bamboo plant for her and Rey feels luckier already. After, Sharon raves about the food, and Rey wants them all to eat ice cream on the couch. Sharon learns their father bailed on the family, and says she grew up without her dad also. Rey and Lola tease each other, and it leads to a whipped cream fight.

At Crimson Lights, Nick leaves Noah to go call Faith, and Noah approaches Tessa. They chat and Noah’s okay with everything. Tessa regrets hurting him. He asks her to be good to his sister. Nick returns and learns from Tessa that Sharon’s up at Rey’s.

Sharon, Rey, and Lola are covered in whipped cream when Nick arrives at the apartment door. He’s unimpressed and thinks Sharon owes him a couple minutes, but she feels she owes him nothing. Nick leaves. Lola watches as Rey wipes whipped cream off Sharon. After Sharon’s gone, Lola reminds Rey he’s married.

At the Club bar, Andrew joins Kyle and tells him about Ashley’s bad decision not to continue doing business with him – he has damaging information on Jabot and wants him to speak to Ashley on his behalf. Kyle thinks that sounded like a threat. After, Phyllis appears and recognizes Andrew from twenty years ago. He reveals he’s running the DNA lab at Genoa City Memorial. Later, Nick shows up and compares notes with Phyllis. He says Sharon’s having dinner with her co-worker. Phyllis says it’s only been two days. Nick replies, “Probably not a great argument for me.” Nick feels Sharon sent him a clear message.

In the coffee house, Sharon says farewell to Noah, who’s leaving town. She picks up some mail and receives a cryptic note exactly like Phyllis’.

At the Abbott house, Kyle updates Jack on Andrew – this guy has something on Ashley that could cause big trouble for her and Jabot. He plans to find out what it is. 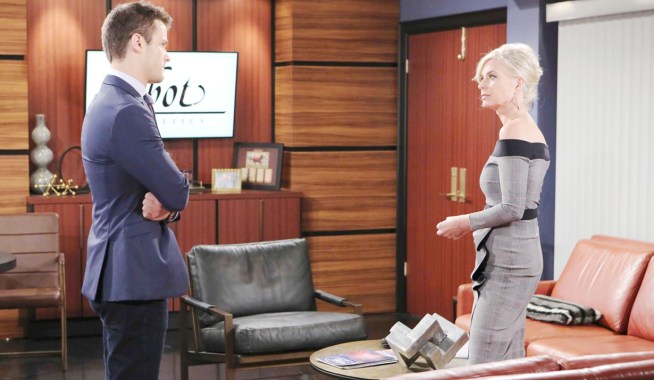 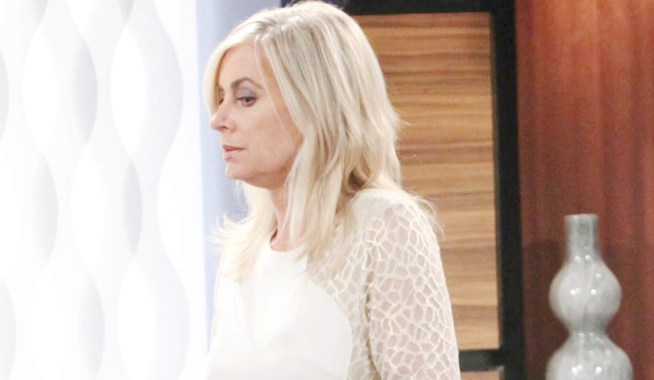