Sharon Dumps Nick at the Altar After a Big Reveal 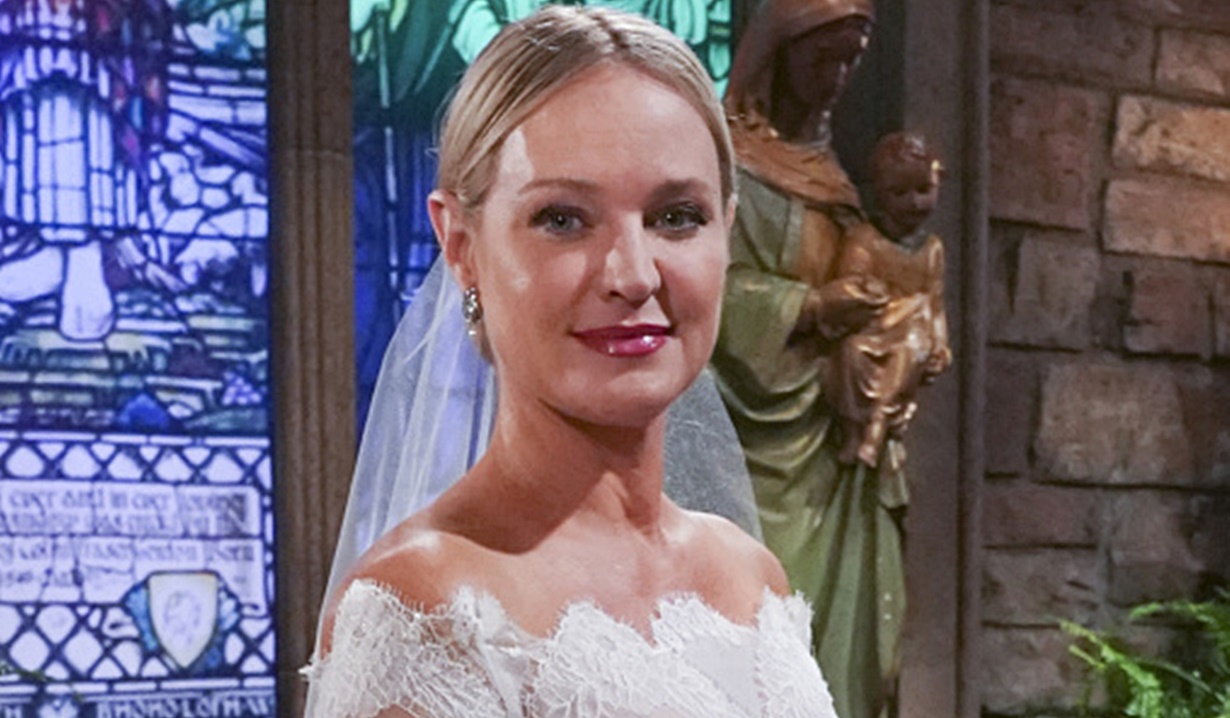 At the church, Phyllis tells Billy that witch Sharon stood Nick up. Victor wonders to Nikki why she wouldn’t show, and Mariah and Jack try to reassure Nick. He becomes increasingly irritated and asks Mariah more questions about Sharon’s state of mind. After, Phyllis and Nick corner Summer, (played by Bayley Corman) to ensure neither her nor Kyle spilled their secret. Nick speaks to Phyllis alone – he thinks this is bad. Phyllis agrees if Sharon bailed it would have to be something serious. She looks over at Nikki and Victoria, as Nick turns toward the door and says, “You’re here!” It’s Noah. Faith greets him with a hug, Mariah looks uncomfortable, and Nick learns Jack flew his son in, and plans to hand over his best man duties. At the altar, Tessa reassures Mariah, who is panicking over the mess she’s made by telling Sharon that Nick was cheating, and worries about telling Noah she and Tessa are dating. Elsewhere, Nikki chastises Victor, who muses it’s too bad Noah came so far for a wedding that isn’t happening. Victor protests – he’s simply saying what everyone’s thinking. Noah hugs his grandparents and makes nice with Victor for leaving Newman for Dark Horse. Nearby, Jack stalls the minister, then tells Billy he hopes this is just pre-wedding jitters. By the doors, Phyllis, Victoria, and Nikki confer about Sharon not wanting to marry Nick while keeping a huge secret from him. They worry Rey convinced her to turn herself in. Nikki reminds them as far as they know, everything’s fine. In a pew, Nick admits to Faith he doesn’t know what’s going on. Faith wonders why their happiness always slips away.

At the church door, Jack snarks at Victor that he better not be the cause of this, and Nikki drags Victor to check on Faith. At the altar, Noah hugs Mariah and learns Tessa’s there because she’s working for Sharon. He tells Mariah he’s sorry about Hilary. Summer walks up and spills the beans that Mariah and Tessa are a couple. Noah excuses himself – he needs a little time. Elsewhere, Abby fills Arturo in on Nick’s bad track record with weddings, while Victoria comforts Nick, who can’t believe everything’s falling apart. He hopes there’s some crazy reason she’s late. Billy, meanwhile, pulls Phyllis aside seeking an answer to his question – he wants to marry her. Phyllis says he caught her off guard and asks for some time. He agrees…as long as she says ‘yes’. Across the room, the minister has to prepare for the next event. Jack offers to tell everyone, but Nick will do it. He is about to say the wedding’s off when Mariah gets a text and hollers, “Wait!” She takes the bridesmaids, Faith, and Christian out with her and Nick alerts the minister.

Music plays as Abby, Summer, Victoria, and Mariah make their way up the aisle. Faith and Christian are next. The Wedding March begins as Sharon appears. She joins Nick at the altar. He asks if she’s okay, and she nods, before apologizing for the delay. The minister begins the ceremony and prompts Nick to say his personal vows. He talks about falling in love with Sharon when they were kids and finding their way back to each other. She tears up as Nick says he’s the luckiest guy in the world and recounts all they’ve been through together. In the pews, Phyllis whispers to Billy, “Yes. I’ll marry you.” Nick finishes his vows. Sharon doesn’t know if she can speak as eloquently. She starts by telling Nick he’s her best friend, partner, lover, and the father of her children. Sharon is overflowing and bursting with love and gratitude that he chose her. She says he’s her north, her heart, her everything, then tears up what she wrote to speak from her heart. Sharon recalls him saying him proposing and saying she was his one true love, and that they’d learned from their mistakes and things would be different this time. He convinced her what they have is worth fighting for and said as long as they were honest with each other there was nothing they couldn’t overcome…but he wasn’t honest. Sharon wasn’t going to come, but wanted to see the look on his face when she told him she couldn’t marry him. He can’t love honor and cherish her when she’s cheating on her with Phyllis! At the back, Billy asks Phyllis, “You and Nick?” Phyllis replies, “Billy…”

Things get messy following the reveal of the secret.

Billy Proposes to Phyllis at Nick's...

Billy Has Sex With Summer After...