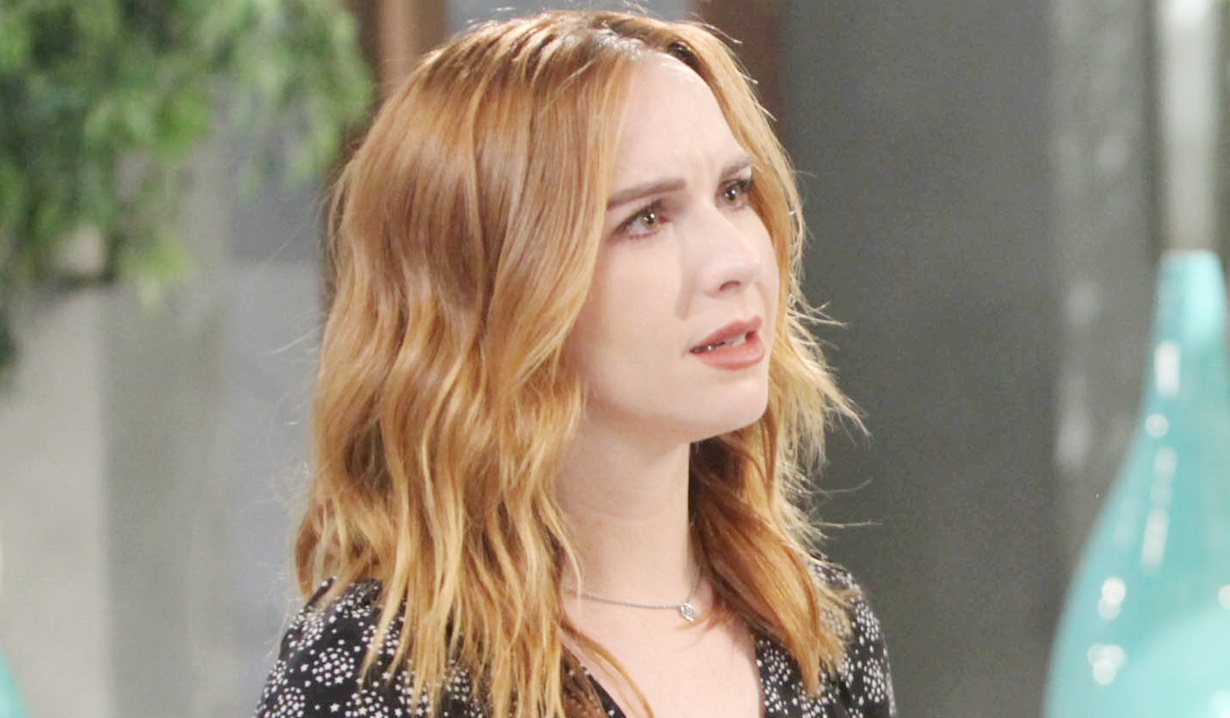 At Jabot, Billy asks the board members to consider that only he and Traci can do the job of CEO, and she’s supporting him. Traci steps forward to say she’s willing to run Jabot now that she knows he stole money – he needs help. Billy sneers that Ashley needs someone in charge that’s more compliant. Billy tells Traci their sister has sabotaged him. Kyle pipes up that embezzling wasn’t his smartest move. Jack encourages Billy to focus on beating his addiction. Billy declares he’d never sell out his family and exits, followed by Phyllis, who votes ‘no’. Once Traci is confirmed as CEO, Jack confesses he gave Billy the bulk of the money to repay Jabot; he plans to see that he keeps his word. Jack leaves, and Ashley explains to Traci she felt she had no choice but to reveal the theft today. Once alone with Ashley, Kyle reflects, “That couldn’t have gone better.” Ash accuses him of having ice water in his veins. Kyle assures Ash she’s most qualified to run the company, but notes whoever wants to take over from Traci will have to fight for it.

On the Crimson Lights patio, Summer, (played by Bayley Corman), wants to know if Mariah told Sharon about Nick and Phyllis. Mariah hasn’t, and Summer knows the secret is burning a hole right through her. They bicker as Mariah accuses Summer of wanting her to do her dirty work and warns of the people who would be hurt. Summer sniffs that her parents’ problems are just that – theirs. She urges Mariah to make a decision soon. Inside, Arturo finds Lola helping Rey move boxes, and learns his brother’s moving in upstairs. Arturo asks about his life in Miami, while Lola urges Arturo to help. Later, at a table, Lauren enlists Abby’s help in convincing her aunt Fenmore’s is an asset. Lauren leaves, and Lola spots Abby. Arturo joins his girlfriend and they canoodle as she wonders if he’s declared a truce with Rey. After, Rey thanks Lola for getting Arturo to help. She’s alone when Kyle arrives and crows about a possible promotion. She confides her day’s been amazing too. Kyle wants to celebrate, but she’s busy. She’ll be free tomorrow, but Kyle quips he’s busy shampooing cats at the shelter.

Nick arrives at home and tells Sharon that Neil sent a gift – he won’t be attending the wedding. He learns Faith is worried since he and Sharon have disappointed her so many times and assures Sharon this time they’ll show her it’s real. Faith comes downstairs with Christian, and Sharon takes Faith to glam up. Nick tells Christian about their new house – he thinks his Uncle Adam would be pleased. Mariah enters and hears Nick tell the boy everything will be perfect. After, Mariah talks to Nick about relationships and asks if he has any unfinished business with any of his other significant women. Nick, surprised, tells her he’s 100% committed. Nick leaves, and Mariah chats with Faith, who admits she’s nervous about getting her hopes too high. They agree people should be sure before getting married. Later, Sharon joins Mariah, who is clearly upset. Mariah didn’t want to do this to her, but she heard something and doesn’t know how to deal with hit. Sharon thinks this is about Faith’s nerves, since Mariah talked to her, but Mariah tells her this thing she heard is about Nick and Phyllis. Sharon braces herself. Mariah tearfully reveals they slept together…a few weeks ago.

At the Club, Phyllis tells Billy she’ll reimburse the company a portion of the money he owes tomorrow. Billy complains he wants nothing to do with Jabot as Jack appears and bickers with Phyllis for not being forthcoming. Phyllis wanted to keep the details quiet and repay the money. Jack wants Billy to follow through on rehab and Phyllis agrees. Jack goes, and Billy worries about Phyllis and Jack forming an alliance. Phyllis promises Jack just trusts her to get him through this. Billy worries his family won’t let him keep working at Jabot. Phyllis reassures him, then asks him to be her plus one at Nick and Sharon’s wedding. She tells him she’ll be miserable without him while he’s in rehab. That’s all Billy needed to hear.

In the CEO’s office, Traci contemplates her new position as Ashley enters and assures her she’ll be replaced soon if they follow the plan. She asks Traci to sign papers, and is surprised when Traci wants to read them over first. Traci notes she’s nobody’s puppet, but promises she’ll be out of the chair as soon as the board allows. Ash warns the power can be intoxicating…even addictive.

At the Abbott mansion, Nick, with Christian, is relieved to see Jack, his best man arrive. Jack wouldn’t miss it.

Nick and Sharon’s loved ones gather for their wedding ceremony.

Billy Proposes to Phyllis at Nick's...