Victor Warns Jack Off His Legacy

Tuesday September 18, 2018: Billy takes a risk, Phyllis speaks candidly with Summer, and Lola gets a date. 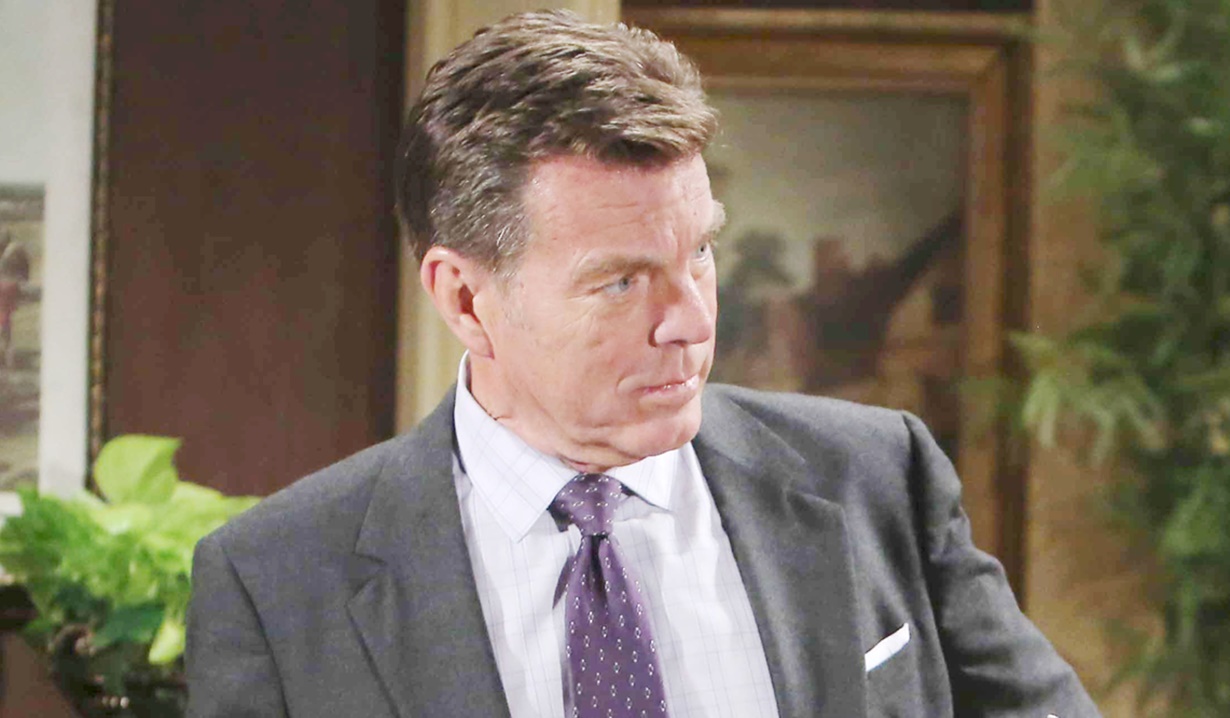 At Jabot, Billy’s flustered on a phone call, and disconnects as Phyllis enters. He claims it was about budgeting, but she wonders if it’s really about his gambling. Billy fills her in on the elite gambling organization’s invitation. Phyllis questions the wisdom of it. Billy reassures her, then asks her to get Lauren to calm down until after the launch. Phyllis is concerned he’s cutting into budgets. Billy promises they’ll come out way ahead. Elsewhere, Summer wants Kyle’s thoughts on a report – he can email so he doesn’t have to interact with her. Kyle calls her a drama queen and she complains she’s trying to fix their friendship before stalking off. After, Phyllis runs into Summer at the elevators and talks Fenmore’s business. Summer reveals she’s upset about Kyle – he hates her like everyone else. Phyllis says, “No one hates you.” She insists they go and talk.

At Crimson Lights, Mariah startles Tessa by hugging her from behind. Mariah questions her reaction, like she was in pain. She sees the bruises on Tessa’s arm and demands to know what happened. Tessa comes clean about her dangerous visitor. Mariah offers her money, but Tessa only wants a better job. At the station, Rey asks Victor about the last time he saw JT. Vic recalls he had just come out of his coma. Rey wants to make him pay, but he disappeared from Victoria’s without a trace. Victor points out he knows how to go off the grid. Rey muses that Nick impersonated JT to sabotage Victor, yet Victor still came to see if Nick was okay after he was arrested. Victor explains that bond cannot easily be broken.

Kyle’s at Lola’s food truck, and apologizes if he acted like an entitled snob the other day. She appreciates it and tells him to step aside for the next person in line. When Kyle talks to her again, they exchange names. Next, Rey appears. He’s proud of Lola starting her own business and grills her about legalities. Lola complains he treats her like a child; it’s why she moved in with Arturo. Rey asks if she’s dating anyone. Lola hollers at him to back off.

At Dark Horse, Nick wonders what’s bugging Jack – the search for his dad? Jack admits he’s considering dropping it – once you find out there’s no turning back. After, Victor pops in, and Nick admits he’s doing damage control. He suspects Victor turned him in, but his father denies it. Vic updates him on his interview with Rey, who was on a fishing expedition about their relationship. Nick got the same feeling. He relays Albert Miller’s name came up with Jack and he gave him food for thought. Later, Mariah arrives and asks Nick to hire Tessa. Nick asks if she can start tonight. Mariah thanks him. When Tessa arrives that night, Nick puts her on removing files from servers. Tessa tells him he’s saving her life. He smiles as she celebrates. After hours, Tessa panics when she hears a noise, but it’s Mariah. Tessa feels she just takes, but Mariah assures her she makes her laugh and feel loved.

At the Club, Jack tells Billy he looks beat. Billy admits he’s debating an opportunity. Jack wonders if it’s impulsive, before advising him to go for it. Jack opens up about his paternity search quandary. Billy’s unsure there will be a payoff. At the Dive Bar, Summer opens up about Kyle to Phyllis, who urges her to give it time. Summer dislikes this and insults Phyllis, who then wants to know how she could do what she did to betray her. Summer shrugs that she was attracted to Billy, and didn’t realize it then, but she wanted to hurt her. Phyllis feels she hasn’t done anything to justify the betrayal. Summer complains she lies and cheats, and hurt Jack by sneaking around with Billy. She knows Victor’s actions put them through hell, but Jack still loved her, and now she’s cheated on Billy too. Summer loves her, but doesn’t think their relationship will be the same again. Phyllis agrees, but thinks this talk is a step forward.

At Jabot, Billy gets Gloria to do a confidential wire transfer for a large amount of money. She’s skeptical. He claims it’s to pay off a business loan. Later, Glo tells him the transfer went through.

Jack grimaces when Victor arrives at the Abbott mansion. Victor confronts him about prying into his family business. Jack counters he’s interested in his own family business. They debate about the photo. Victor thinks Jack’s delusional. Jack feels Victor’s there because he’s having trouble not believing it himself. Victor accuses him of coming after Newman Enterprises. Jack was going to drop it, but now he thinks he’s on the right path. Victor steams that Albert Miller is burning in hell and warns Jack not to take one step closer to his legacy. Jack replies, “Just try and stop me.”

At Crimson Lights, Lola lets Kyle buy her a double espresso, then wonders if he’s going to ask her out or what? Kyle asks her on a date. Lola announces she’ll think about where she wants to go. He likes her style.

Phyllis gets a shock. 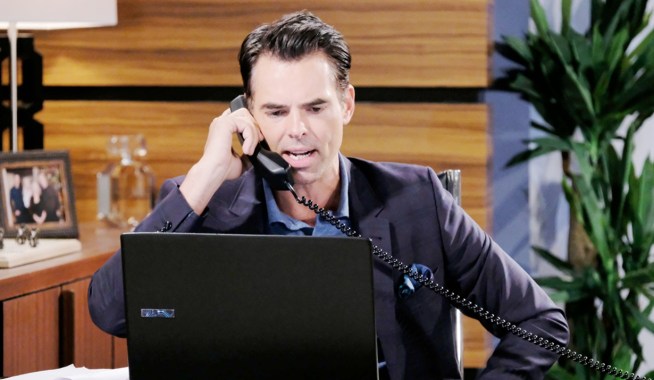 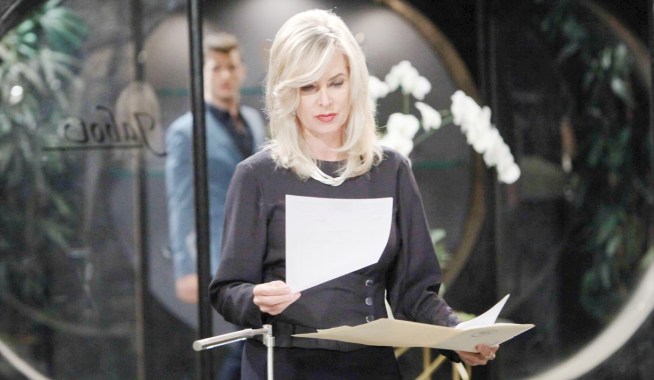