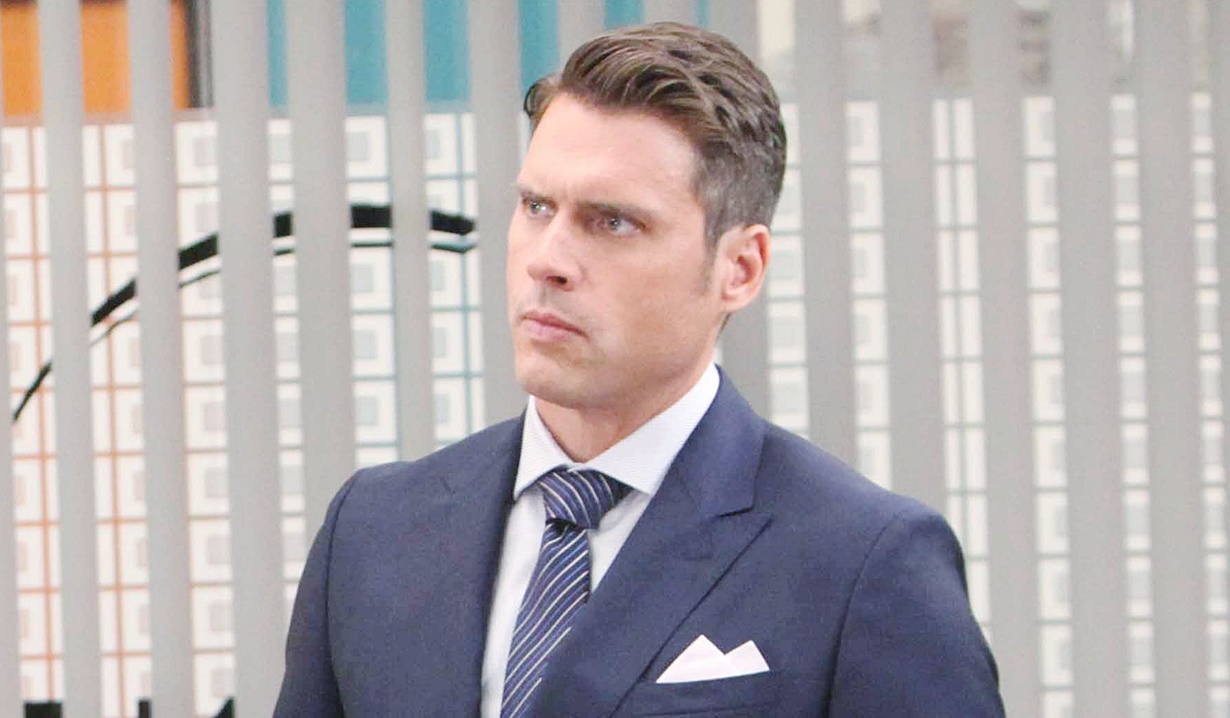 At the police station, Sharon and Mariah debate why Rey arrested Nick. Mariah wonders if he knew Nick impersonated JT. Abby appears and says she may have tipped Rey off, and explains she had no idea he was a detective when they spoke. As they’re trying to figure out who ratted Nick out, Victor shows up with Victoria and Nikki. Sharon accuses him, and Nikki defends him. Abby’s unconvinced. Mariah suggests that Rey simply had good cop skills. Mariah learns today’s GC Buzz guest canceled and Abby may have a solution. Meanwhile, Nick is picked out of a line-up by a bespectacled man as the person who paid him to hack into Newman Enterprises server. After, Nick challenges Rey’s contention that he colluded with, and aided and abetted, JT Hellstrom. Rey’s witness that says he did. Nick maintains he’s had no contact with JT, and won’t say another word without a lawyer. Brittany Hodges, (played by Lauren Woodland), soon arrives and questions Rey’s theory. He interviews Nick, who answers ‘no’ to his inquiries about contact with JT. Rey talks about the losses experienced by Newman and Nick repeats he has nothing to tie him to JT – he wants to go. Rey joins the group in the waiting area as Victor’s trying to convince a stressed-out Nikki to go home. The Newmans attack Rey for cozying up to them before arresting their son. Rey promises if he’s got nothing to hide, he’s got nothing to worry about. Nikki has to sit down suddenly. In the interrogation room, Brittany assures Nick the law’s on his side. Nick warns he’s not entirely innocent – Rey has some pieces of the puzzle; if he put them all together he’d see him sabotaging Newman.

In the Club suite, Summer wakes up to an empty bed – Kyle’s gone.

At Jabot, Billy gifts Phyllis with a necklace to show his appreciation for the weekend. Phyllis wants to help him gamble responsibly. Billy enthuses she’s his lucky charm. He closes the office blinds and they have sex. After, Summer watches them as emerge from the office discussing the new fragrance, Forbidden, and takes off after snarking at them. Phyllis feels bad for her. Billy is unsympathetic; she crossed several lines. They debate about how Summer turned into this person. Phyllis recalls her rebelling in high school and wants her to know she’s still supported now as she was then. Billy doesn’t want Phyllis to get hurt, or problems between the two of them. Billy gets a text about Philly and places a $5000 bet on the horse. Phyllis seems concerned.

At Crimson Lights, Summer texts Kyle, who claims he’s busy, then tangles with Tessa over her terrible coffee. Tessa wonders if she has a problem, but Summer expresses that she’s actually happy for her and Mariah. Talk turns to Summer’s love life. Tessa suggests she’s afraid to choose the right person and suggests she drop the bitch routine. Later, Victoria meets Phyllis on the patio and updates her on Nick’s arrest and Rey being a detective. Vikki learns she and Billy went to Vegas and he was gambling, and warns she can’t control his addiction. Phyllis argues that Billy feels seen and heard by her and this time the gambling will be different. Vikki feels she’s kidding herself.

At the Dive Bar, Abby tells Mariah her viewers will eat up her idea, as it concerns long lost relatives and family secrets. Kyle arrives, and Mariah’s surprised to hear herself refer to GC Buzz as ‘her’ show. Kyle thinks Hilary would be mostly happy for her. Talk turns to Tessa and Kyle takes credit for getting them together. She sees he’s ignoring Summer’s texts. Kyle tells her they had a bet and he pretended to pass out instead of having sex with Summer. Mariah realizes he didn’t want casual sex because Summer means more to him. Kyle insists she can be real, and Mariah worries he’ll get his heart broken. Nearby, Victor tries to convince Nikki they should be at home. Mariah goes on air and shows the man in Jack’s photo, asking if anyone can identify him. Victor sees and is rattled. He approaches Abby, who explains that the man could be Jack’s father.

Back at Jabot, Phyllis learns Philly lost, and is distressed that Billy wants to keep betting on her.

Victoria returns to the police station and confers with Sharon about Nick’s arrest. Sharon worries the police hired him to find out what happened to JT. In the other room, Rey tells Nick and Brittany that finding out what happened to JT Hellstrom is his only goal – the D.A. will give Nick full immunity for the whole truth about what happened between him and JT. Brittany urges Nick to take it. He signs, then denies having seen JT since he left town in April, and adds, “I was JT.” 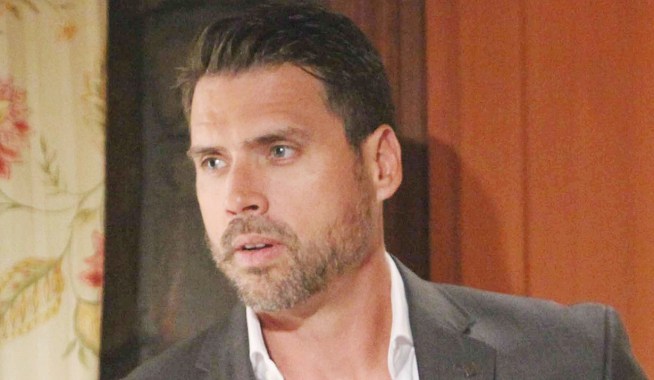 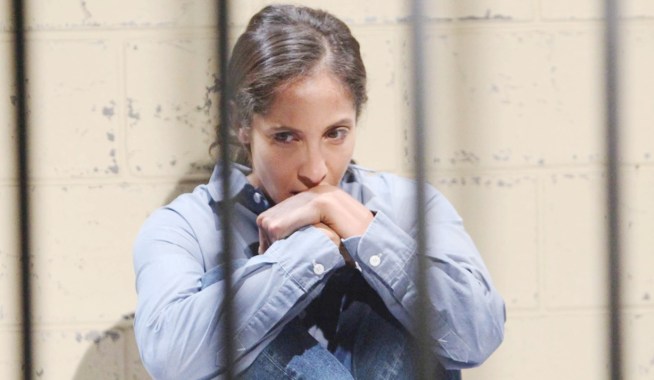