Tuesday September 11, 2018: Tessa wants Mariah to believe her, Victor crashes Nick's party, and Kyle fails to collect on his bet. 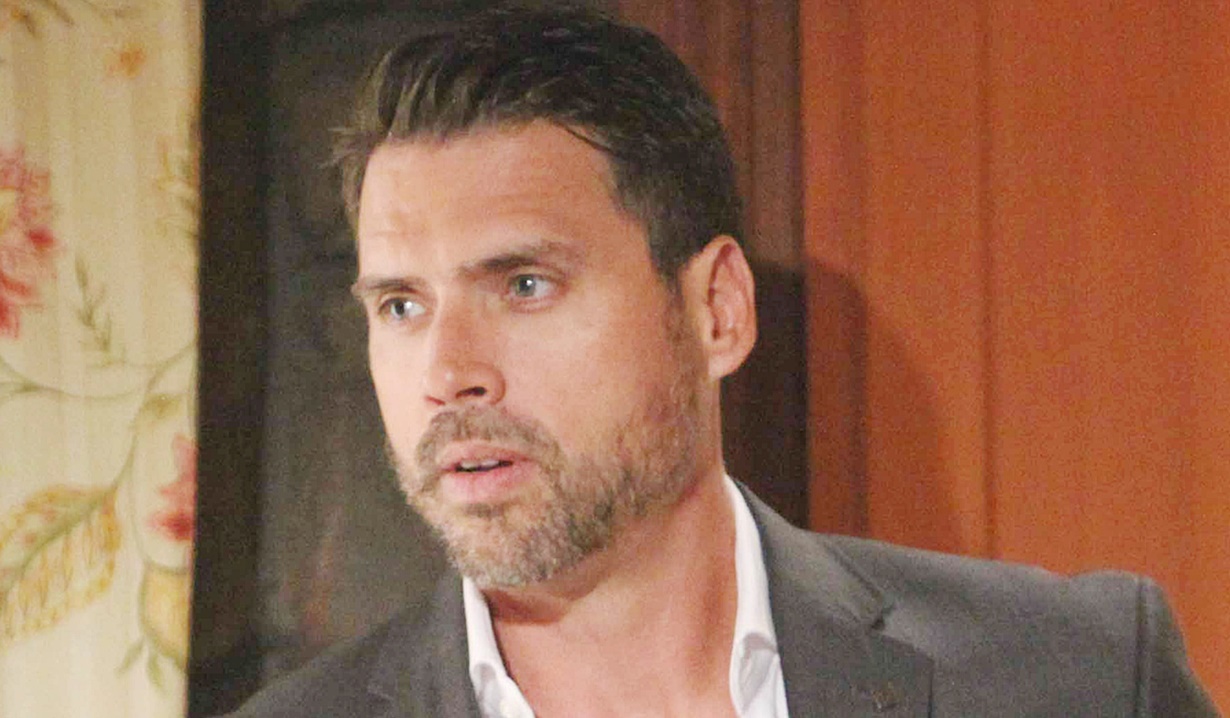 At Dark Horse, Nick nods to himself as he looks out over the city. He enters the boardroom and Sharon appears, not dressed for the launch. She doesn’t doubt him, but isn’t sure she recognizes him. Nick shows her he’s still himself with a kiss. He asks her to come to the party; this is for their family.

At Crimson Lights, Rey questions Tessa as to whether Sharon is at the Dark Horse launch party. Arturo arrives and is disappointed

Rey’s there. Rey announces he wouldn’t leave town without seeing their sister, Lola. They bicker. Arturo informs Rey he’ll let Lola know he’s in town; she can decide if she wants to see him. Meanwhile, Mariah appears, and Tessa admires her dress. Mariah acts coolly, and Tessa wants an explanation. Mariah asks, “Are you using me?” Tessa has texts from the smugglers but the number’s blocked. Mariah can’t believe her without evidence.

At the Abbott house, Kyle calls Summer to let her know he’s booked them a suite at the Club for tonight, before joining Jack and assuring him he’ll be at the Dark Horse launch. Talk turns to Jack’s paternity as Dina joins them. Jack asks her to identify the last man in the photo. Dina becomes agitated and Kyle takes her out. Abby appears and offers to post the photo of the unidentified man on social media. After, Kyle muses cryptically about people who have hurt you. Jack wonders if he’s speaking of someone in particular. Kyle shrugs; just thinking of what might have been.

At Newman Enterprises, Nikki and Victoria discuss the launch party, and Rey Rosales having hit it off with Nick. Victoria decides she’ll attend. Nikki explains she can’t go, but Victor appears and tells them to go with his blessing.

At Dark Horse, Arturo admires the office and Nick offers him a full-time job as Head of Construction. Arturo needs to think about it. Nick’s puzzled. Abby arrives and Nick updates her on the situation. Abby pulls Arturo aside and he explains he can’t take a new job with Rey lurking.

Abby reveals she talked to Rey, and her boyfriend asks her to stay away from him. Abby urges Arturo not to let Rey ruin this opportunity for him. Later, Nick greets Kyle, Jack, and Summer, before Sharon appears. Nick thanks her for coming – he cannot wait to marry her. Mariah arrives and Abby complains she’s late and wants to see her questions for Nick, but Kyle pulls the redhead away. She updates him on her suspicions regarding Tessa. Kyle glances at Summer and muses there’s nothing worse than finding out someone’s using you. Mariah warns against letting Summer do a number on him again. Arturo accepts Nick’s job offer and Nick announces it. Mariah begins interviewing Nick, who asks Sharon to join him. Summer fantasizes to Kyle about exposing her father’s cheating. Victoria arrives as the interview concludes. Nick joins her, and Victoria says Nikki’s home resting. Meanwhile, Mariah gets Jack and Kyle on air,

followed by Arturo and Abby, who boasts about her boyfriend before making out with him. Victoria speaks to Mariah next, then Victor appears and declares a company built on theft is not Nick’s birthright. He goes on to say it doesn’t diminish what he’s accomplished, and talks about Nick using all he’s taught him over the years. Tessa shows up, which irks Mariah. Nick begins his official speech and announces everything people know about the Newman name is going to change – he has surprises for them. He makes a presentation about being ethical and giving back for low-income housing. Elsewhere, Tessa promises Mariah she came back because she loves her. Meanwhile, during the applause for Nick’s speech, Rey appears with the police. He declares he’s Detective Rey Rosales and arrests a sneering Nick.

In their Club suite, Summer teases Kyle about registering them as Mr. and Mrs. Smith and talks about slipping out of the launch party early.

She downs a scotch and turns on some ‘adult entertainment’. Kyle kisses her and she immediately declares enough foreplay – it’s time to settle the bet. Kyle reminisces about a time when they were together, but Summer wants to get to the sex. Kyle performs half a striptease and Summer offers to fake emotional attachment. He then asks for black lingerie. Summer changes in the washroom and Kyle looks disappointed. Summer reappears and he pretends to be asleep.