Billy Learns Nick’s His Landlord After Purchasing the Leasing Company

Monday August 20, 2018: Neil wonders what's next with Ashley, Jack has good news, and Summer gets Billy to make an admission. 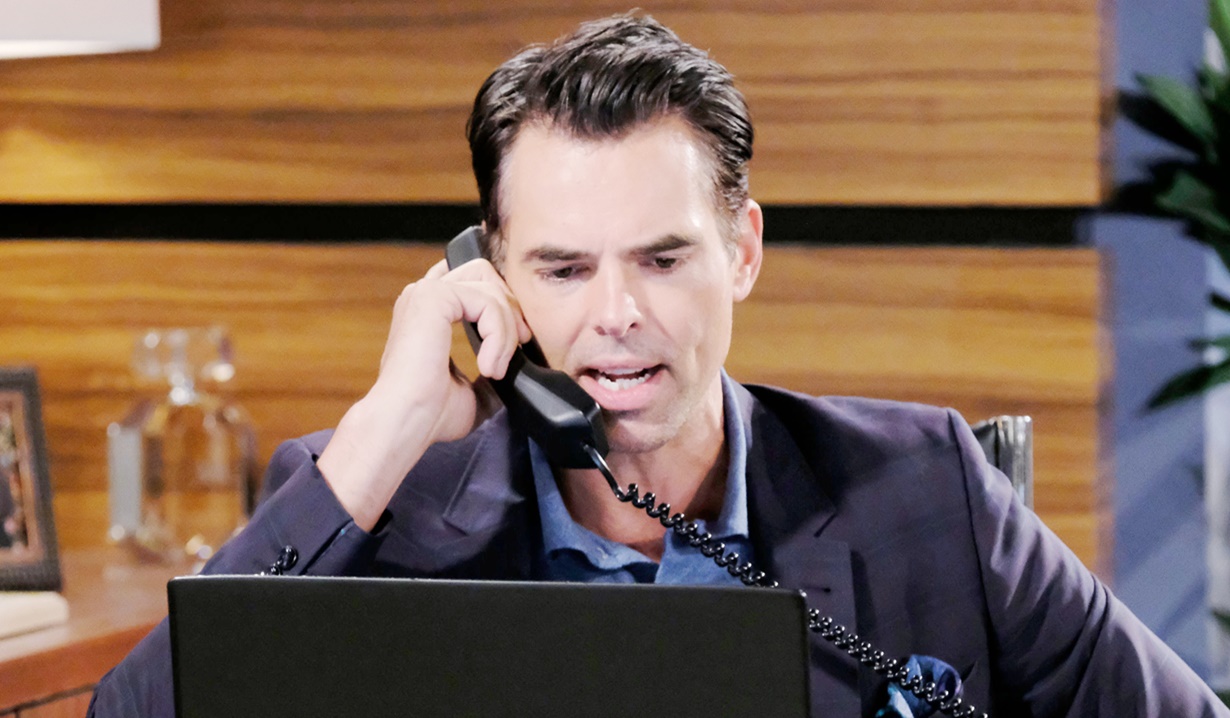 At the Club, Jack updates Nick jovially that plenty of investors are interested in Dark Horse. Nick wonders if Jack’s still hoping he’ll purchase the leasing company so he can stop Billy’s plans. Jack notes it was Ashley’s idea, but she’s right – if they don’t stop Billy, Jabot will crash and burn. Nick has issues with Billy too, and doesn’t want to purchase the company for the wrong reasons. Jack warns him not to be short-sighted.

At home, Summer tries to stop Billy from leaving for work with questions – is he avoiding her? Is her interested in her? Billy leaves.

At Neil’s place, he and Ashley exchange ‘good mornings’. Neil muses, “Now what?” Ash wonders if he had an ulterior motive when he asked her back there. They agree they got lost in the jazz music last night. Nate appears and Ashley awkwardly exits. Nate asks, “What’s up with you two?” Neil’s not sure – they’ve been here before and it didn’t work out. Nate assures him it’s okay to have a life of his own and not feel guilty, and advises Neil to let Ashley know how he feels. At Crimson Lights, Billy runs into Cane, who tells him Lily could get twenty years. Cane blames himself. Billy understands why he did what he did. They commiserate about being screw-ups despite trying to be better. Billy feels it won’t change. Cane agrees to give Lily his best. On the patio, Mariah frets as her texts to Tessa go unanswered.

At Hamilton-Winters, Neil finds Lily outside the office, not wanting to bother Devon. They rehash her being mean to Hilary and Devon hating her. Neil urges her to keep trying, and ushers her in. When Neil presses Devon to work with Lily, Devon announces he’ll work from home. Neil expresses frustration and makes a speech about Devon’s grief and Lily’s agony. He reminds them of the love they shared – that couldn’t have disappeared. Devon says Lily killed it, and leaves. Lily laments losing her brother, and thanks Neil for trying. At the Dive Bar, Nick wants to know why Summer’s looking for Billy. Summer has business with him. Nick harps on having to buy her silence. They debate whether he and Phyllis actually cheated on Billy and Sharon. Nick questions Summer’s interest in her mother’s boyfriend – does she have a crush? Summer scoffs, but Nick wonders if she’s going after Billy as payback for her parents. Summer takes off.

At Jabot, Ashley informs Billy she’s trying to help the boutiques succeed and found an out-of-town seminar for him to attend. Ashley gets a text from Neil to get together later. She tells him she’s too busy with work.

At home, Devon looks at a photo of him and Hilary. Mariah arrives to check on him. Devon admits it’s been hard – he has no idea how to live without his wife. There are reminders everywhere so he’s packing up some of her clothes for charity. Mariah teases, “She’d hate that,” and pitches in. Mariah finds Hilary’s outfit from the first day they co-hosted, jokes about it, and reflects on all she taught her. Mariah receives a text and looks disappointed. Devon senses something’s up, and she confides that she’s afraid Tessa’s in trouble. She fills him in on her helping Crystal relocate, and their call getting cut off. Devon thinks she should do whatever it takes to find Tessa. He decides to hold onto Hilary’s clothes a little longer. Mariah goes.

In the Club, Nick runs into Billy and suggests a truce. Billy agrees. Nick’s glad not to get off on the wrong foot with his new tenant, and reveals he bought the leasing company; he’s now the landlord of Jaboutiques. After, Nick updates Jack as Billy glares. Nearby, Lily talks to Cane about her concern for Neil. Nate appears, and assures Lily not to worry about Neil, only Devon. At the Dive Bar, Jack updates Ashley that Nick bought the leasing company and now has leverage. Ash hopes he’ll cancel the leases and restore order at Jabot.

Summer corners Billy in the Jabot elevator and demands he admit he has feelings for her. He doesn’t. Summer thinks he wanted to keep kissing her and tells him to own what he’s feeling. Billy’s feeling angry and wants her to stop playing games. He finally admits maybe in some other universe where her mother doesn’t exist, he’d find her attractive. Summer makes him list the reasons why. Billy maintains he’s in love with her mother and he’s committed to her. She questions if Phyllis is as committed to him. Summer urges Billy to stop fighting what he’s feeling for her and go for it. Billy opens the elevator and says, “Game over.”

Rey focuses on Nikki and Victor.

Sharon Asks Abby to Be a Bridesmaid...